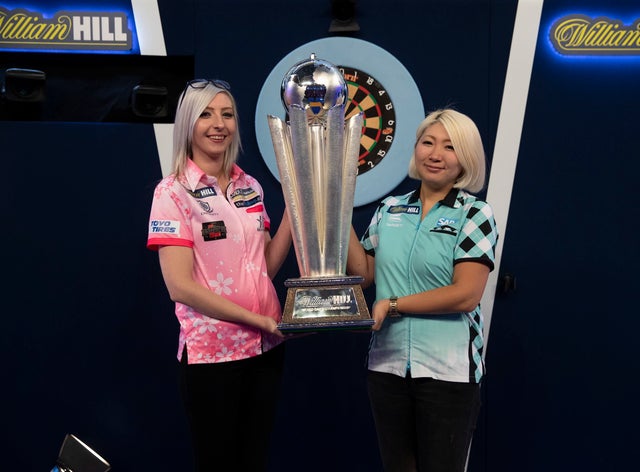 The PDC have launched their inaugural Women’s Series planned to take place in October, with World Championship and Grand Slam of Darts places up for grabs.

Following the remarkable exploits of Fallon Sherrock at Alexandra Palace in December, the PDC continue to increase their support of women’s darts and offer opportunities to female players.

Sherrock defeated both Ted Evetts and Mensur Suljovic to become the first woman to surpass the first round of the World Championship in December, before emerging as an overnight global sensation.

Lisa Ashton then became the first female thrower to secure a coveted professional tour card earlier this year, adding to the unprecedented achievements of Sherrock.

Ashton is currently the only woman to own a professional tour card (Photography: Lawrence Lustig/PDC)

Two allocated places in the 2021 World Championship will once again be on offer for female players, based on prize money earned throughout four tournaments to be held on October 17-18 in Cannock.

The four-part series will replace the two separate qualifying events for the World Championship which have been staged over the past two years.

Entry will be £25 per player for each of the four tournaments, with a sizeable £20,000 in prize money up for grabs across the weekend at the Chase Leisure Centre for female players aged 16 and above.

Ahead of the four PDC Women’s Series tournaments, a free-to-enter Grand Slam of Darts Qualifier will be staged on Friday October 16 at the same venue, offering one place in November’s tournament.

“Women’s darts at the top level has never enjoyed as high a profile and this is an important development,” said PDC Chief Executive Matthew Porter.

“This year has seen sport worldwide affected by the coronavirus pandemic and it is hugely encouraging at a time when other sports are seeing opportunities for women reduced that we are able to bring in the PDC Women’s Series and create a place in the 2020 Grand Slam of Darts.

“We are also retaining two places in the William Hill World Darts Championship for female players, giving them the opportunity to take part in our sport’s biggest tournament once again after the historic achievements of Fallon Sherrock last December.”

Further information, including entries, format and broadcasting, will be revealed in due course ahead of October’s PDC Women’s Series.