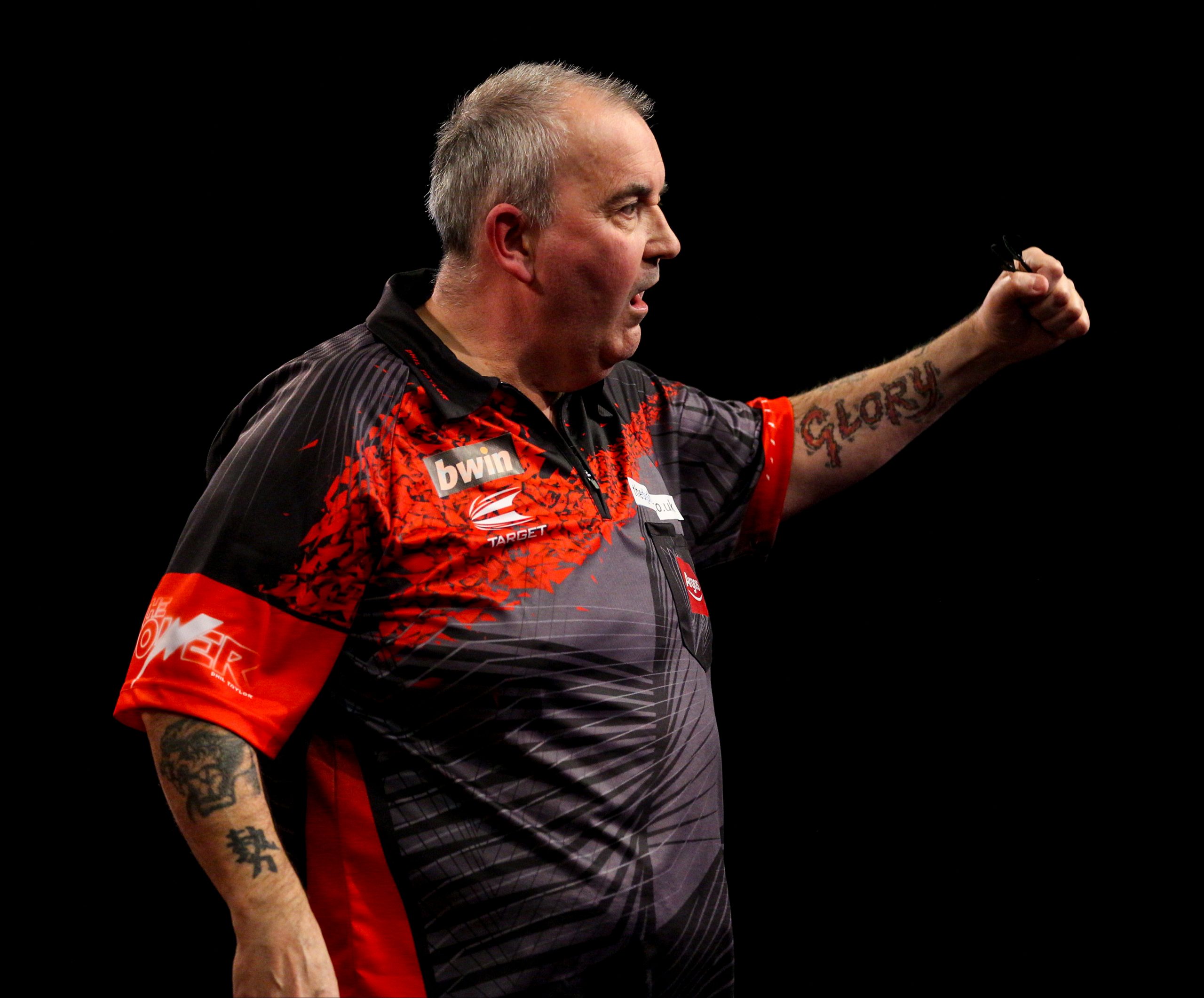 Following his narrow loss to arch-rival Raymond van Barneveld last month, Phil Taylor returned to our screens in a 7-5 win over Japan’s Mikuru Suzuki in a globe-spanning showdown.

The multiple-time world champions collided in a soft-tip clash on the Target Nexus electronic dartboard – which allowed the pair to interact whilst throwing.

After raising a grand total of £15,000 for the charity Heroes in his prior contest with five-time world champion van Barneveld, Taylor once again represented the NHS charity, with Suzuki gathering money for Peace Winds.

Organisers Paddy Power donated £1,000 to the respective charities for each 180 hit and £200 for every one-dart finish. ‘The Power’ struck six maximums compared to Suzuki’s four, with a splendid sum of £11,200 being raised for charity.

It was Taylor who claimed the bragging rights, though, it was not made particularly easy for the 16-time world champion as he was forced to fend off a mid-match comeback from the Japanese sensation.

A small amount of time was needed for the first maximum to be pinned, with Taylor piling three into the treble 20 section in an 11-dart opening leg, before breezing into a 3-0 lead.

Suzuki then got his first point on the board, before moving within one of her English opponent with a blistering 150 checkout on double 18.

‘The Power’ proceeded to resume his dominance with back-to-back legs, adding another £400 to the tally as he found doubles in the bottom left-hand corner of the board at his first attempt.

After Taylor had reinstated his three-leg advantage, Suzuki battled back once more to make it five-a-piece, punishing carelessness from the 16-time world champion.

Nevertheless, Suzuki’s success would come to a halt as ‘The Power’ found an additional two maximums in the latter stages, before pinning double two to seal the deal.

The two world champions finished with averages of in or around the 100 mark – both respectable averages even on the soft-tip dartboard despite the main aim of the game being to raise money for charity.

Darts From Home will return on Thursday May 14 with Taylor involved once again – this time facing global sensation and former BDO World Trophy champion Fallon Sherrock.