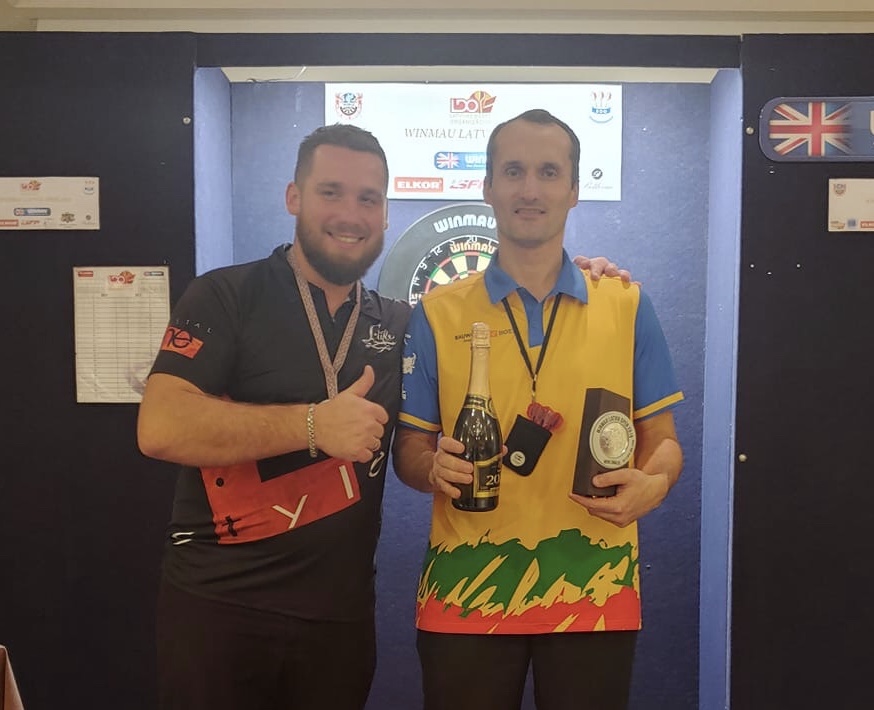 Pontus, who was a quarter-finalist at the Vilnius Open in Lithuania earlier this year, came through the 150-plus field to lift a maiden BDO crown.

He began his triumphant campaign with a whitewash win over Lucas Bos, before thrashing Hakan Plars, Tomas Alsins and Wayne Venes to reach the fifth round.

Another dominant victory followed for Pontus as he enjoyed a 4-0 demolition of Kristaps Mickus to book his place in the quarter-finals.

The Belarusian then saw off Richard Bloomfield prior to averaging 82.45 in seeing off Edwin Thorbjornsson in a deciding leg to move within a win of the title.

Pontus averaged 82.20 in the final – which was enough to deny a below-par Russian, seal his place at next year’s World Masters and add what could prove to be crucial points to the Eastern European table ahead of the 2021 World Championship.

Number one seed Brian Lokken departed in the last 32 at the hands of a narrow loss to Richard Bloomfield.

Ralfs Laumanis took the youth title as he denied Patrick Passa, with an emphatic 4-1 scoreline.