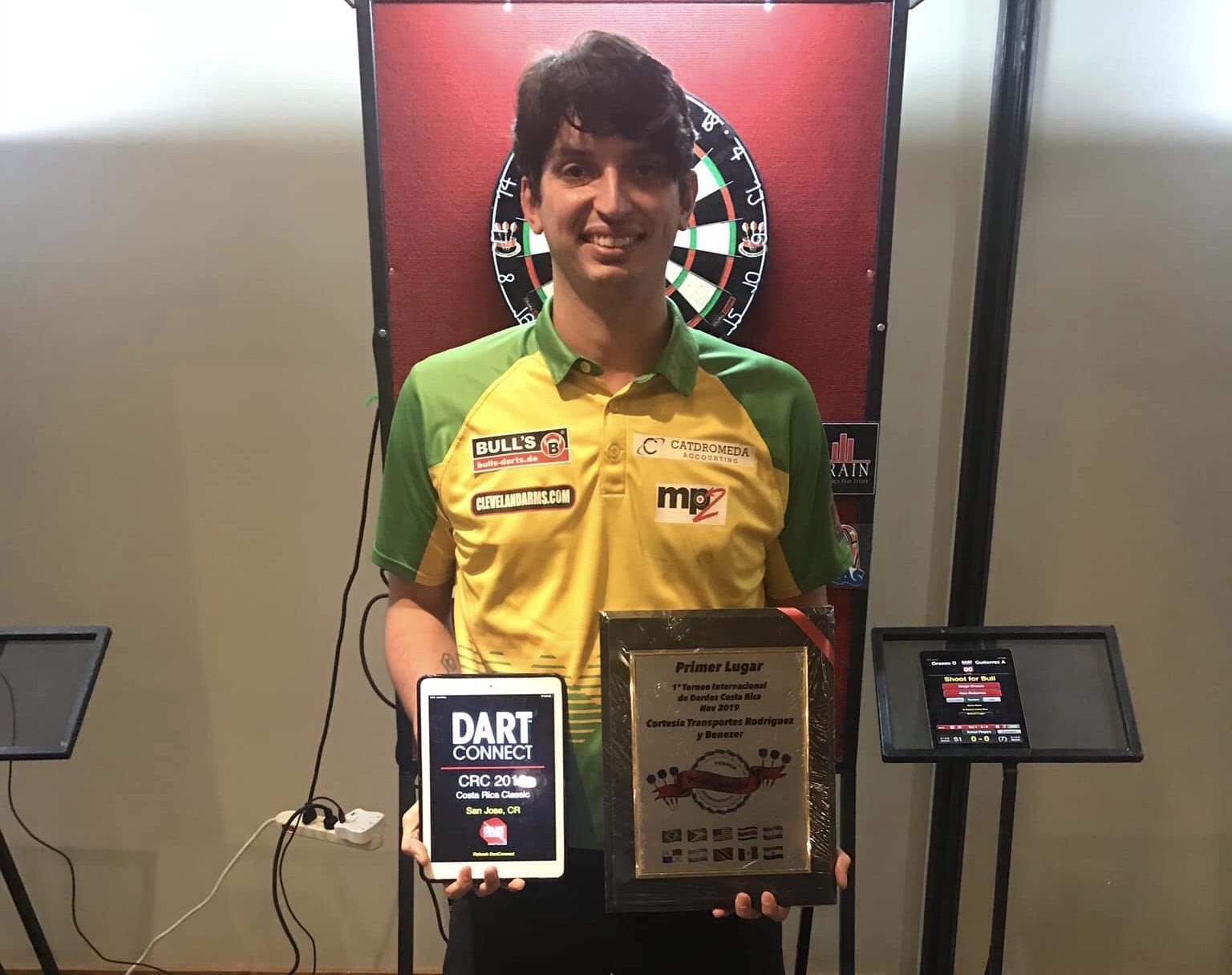 As history was made in Costa Rica with their inaugural international tournament taking place, Diogo Portela lifted the title just days before his William Hill World Darts Championship campaign commences.

The tournament was played out in a double elimination format, with Costa Rica’s very own Silvio Trejos coming through the loser’s bracket in order to face Portela in the final, with the winner pocketing $1,200US.

Portela got off to an emphatic start, whitewashing both Denis Pavon and Giovanni Brenes, before beating Diego Orozco 5-1 to book his place in the quarter-finals.

‘Braziliant’ then defeated Felix Guerra, prior to producing a dominant display in seeing off Trejos twice to clinch the title.

Trejos battled back from 5-2 down at the final hurdle to send the match to a decider, though, Portela pulled through with a 15-darter and 104 checkout to seal the deal.

His protege and compatriot Sudesh Fitzgerald departed in the quarter-finals. The Guyanese thrower averaged just 68.2 during a 4-1 loss to Costa Rica’s former national champion, Guillermo Soto.

As for Portela, his attentions now turn to his third World Darts Championship appearance as he takes on Josh Payne on Wednesday, December 18 at Alexandra Palace.