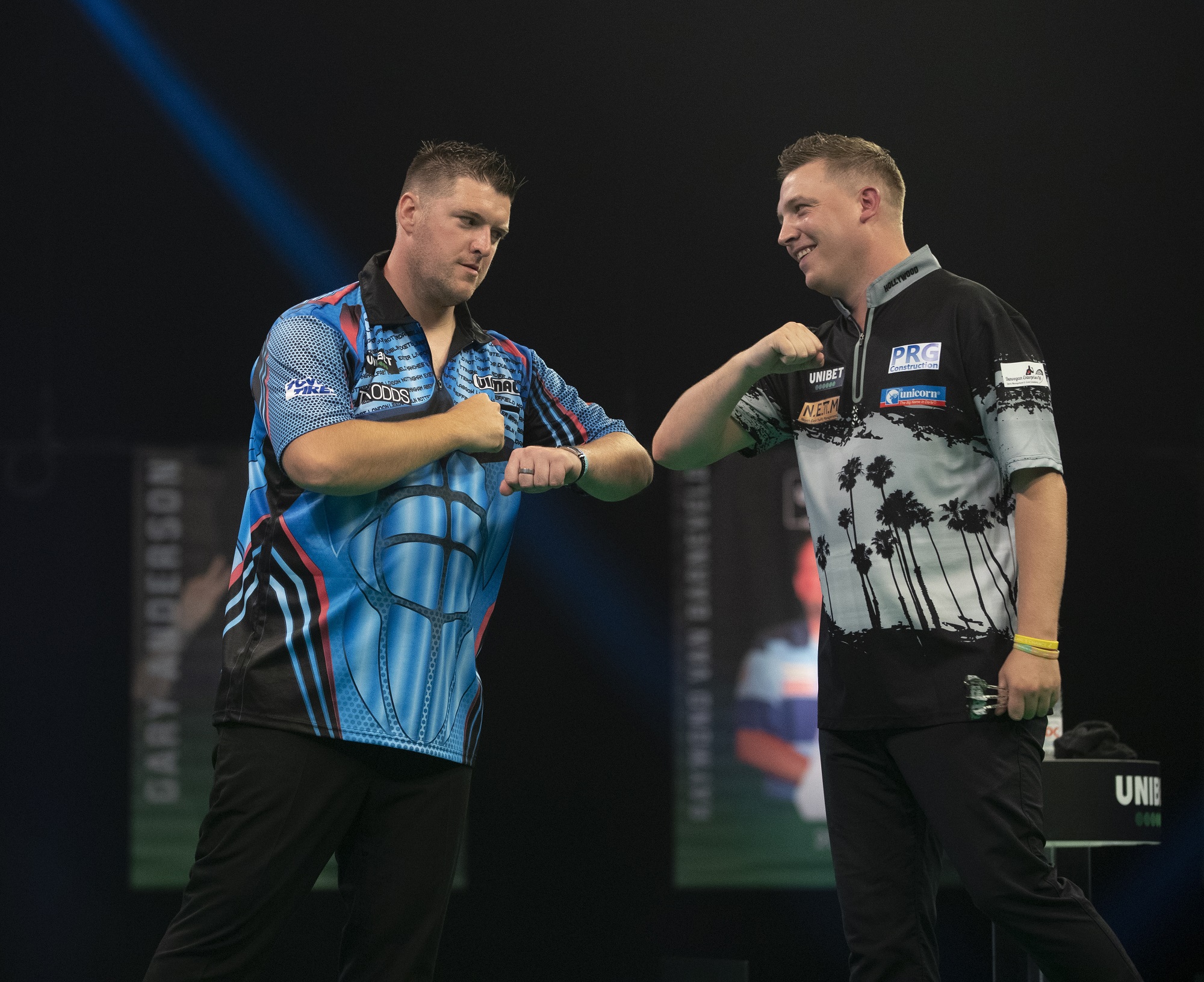 Gurney lied rock bottom entering the Premier League’s anticipated resumption, though, two points against a well below-par Dobey at the Marshall Arena in Milton Keynes moved him within one point of ninth placed Rob Cross.

It was a night to forget for World Grand Prix semi-finalist Dobey as he squandered 12 darts at double and recorded a mere 79.01 average, whilst handing the Northern Irishman a comfortable 7-2 win.

Gurney would race into a 4-0 lead and secure a draw after only seven legs, before wrapping up a convincing victory with his first maximum of the match and a 12-darter on double six.

“I put myself under a lot of pressure and I’ve got the win so I’ve given myself a chance now,” said Gurney following his first victory of this year’s campaign.

“Practice-wise I’m playing better than ever so I’m disappointed with how I played. It wasn’t the way I wanted to win – I wanted to play well and I’m not taking my practice game onto stage.

“I’m only a point now behind Rob and Gezzy and I’ve given myself a chance. If I can get a result against Nathan Aspinall then I can put the pressure on, and hopefully I can put a good performance in.” 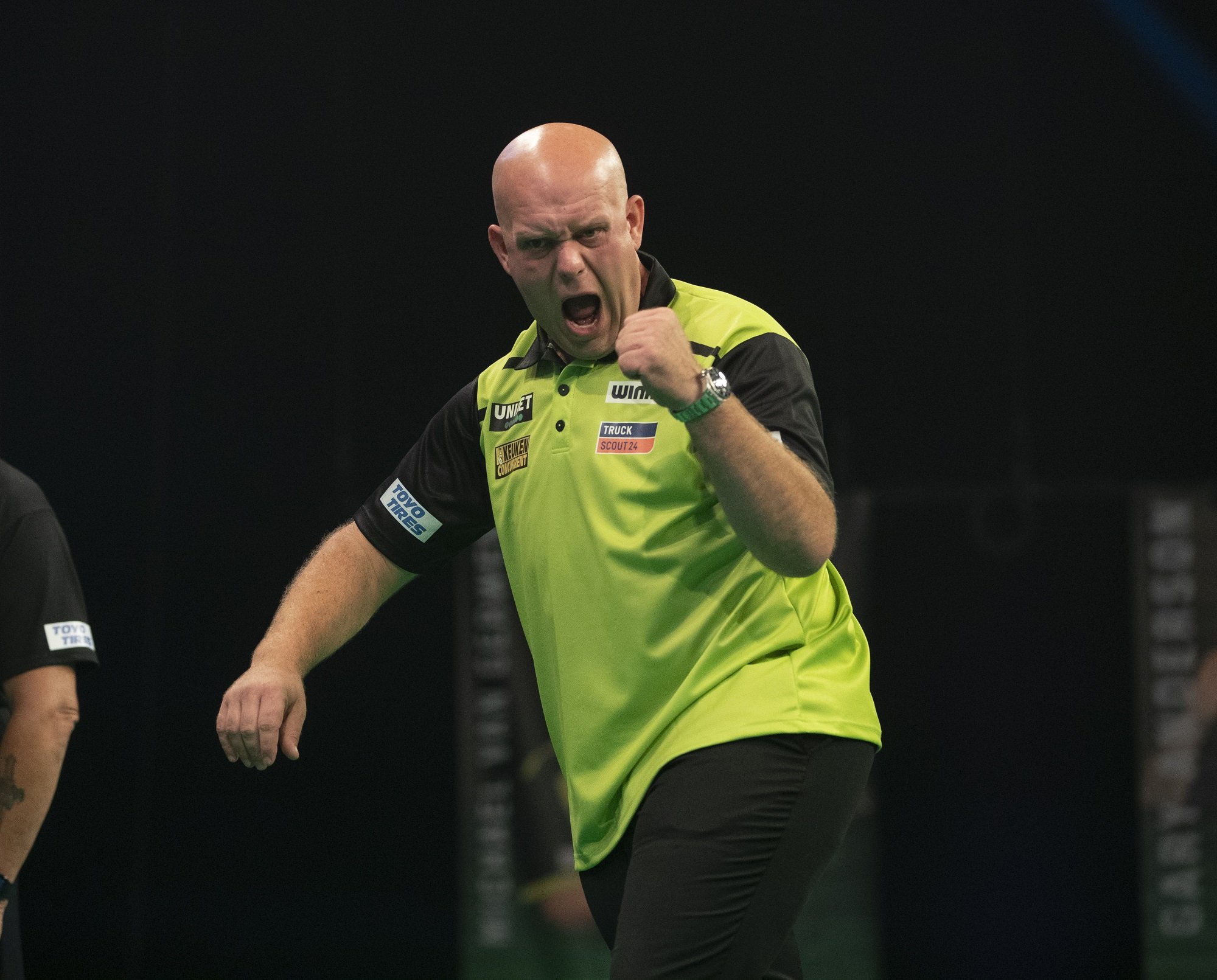 Meanwhile, world number one Van Gerwen returned to his perch at the top of the table thanks to a 7-2 rout of the elimination-threatened Cross.

In a repeat of last year’s Premier League final, Cross led 2-1 in the early stages of an eventually one-sided contest, prior to the Dutchman reeling off six legs in succession, averaging in excess of 103 and pinning three maximums.

Michael Smith failed to avenge his World Matchplay defeat to his former mentor Gary Anderson as the Scotsman thrashed Smith 7-3 with a blistering 109.24 average.

In an irresistible performance, Anderson won six of his seven legs in 15 darts or less and produced a masterclass in the doubling department, converting seven of his eight attempts.

Sublime scoring from Smith was evident once again in the contest as he pinned seven maximums, but the St Helens man was forced to pay for crucial misses on the outer ring once again.

Despite having top spot snatched from his clutches, Glen Durrant stole a point against reigning world champion Peter Wright, with counting errors from ‘Snakebite’ proving costly in the context. 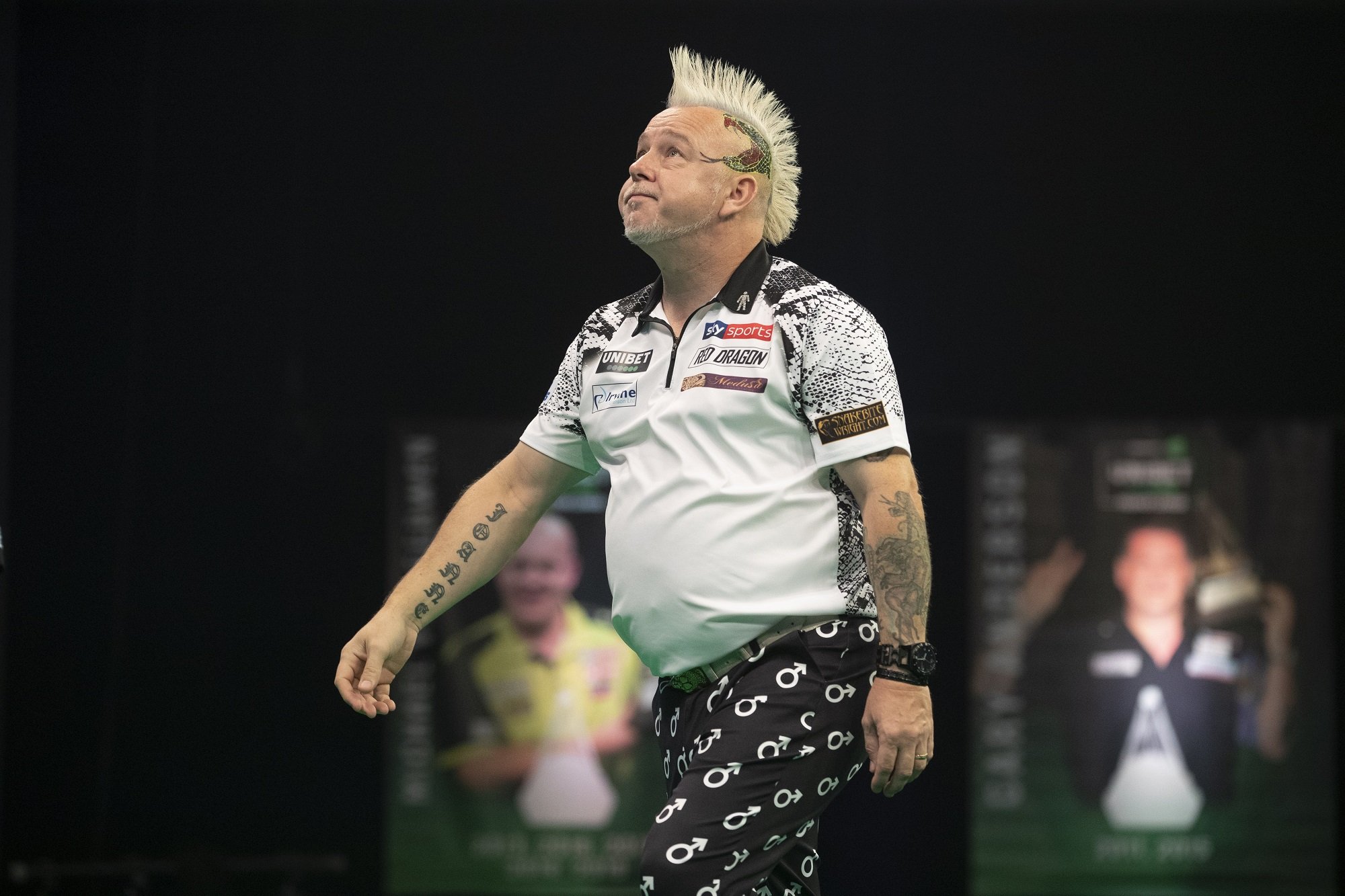 Durrant converted a mesmerising 101 checkout in the opening leg on his way to constructing an early 3-1 advantage, only for Wright to bounce back, executing finishes of 108 and 170 to level up at three apiece.

Subsequently, the next two legs were holds of throws, before his first maximum of the match and a pivotal 120 checkout helped the Scotsman secure a draw.

The Middlesbrough man would ensure that the match would go the distance, registering a 14-darter on double 16, prior to the deciding leg producing unforeseen drama.

Durrant would kick-off the decider with a 140 and a 180, but missed doubles from the three-time world champion would hand Wright a shot at 57. ‘Snakebite’ would proceed to miscount and hand ‘Duzza’ a point in the race for top spot.

Gerwyn Price’s behind closed doors woes resumed as he endured a 7-4 defeat at the hands of former UK Open champion Nathan Aspinall in Milton Keynes.

Despite executing an outstanding 132 checkout in the tenth leg to remain intact, squandered darts on the doubles proved costly for Price against a prolific Aspinall.

Aspinall clocked a 97.82 average, three maximums and a 54 per cent checkout efficiency during an ideal return to life in the Premier League.

Reigning Champion Michael van Gerwen is back on top of the Premier League table, leapfrogging Glen Durrant on Night Seven.

Things are getting interesting… pic.twitter.com/E5zQvQByhZ