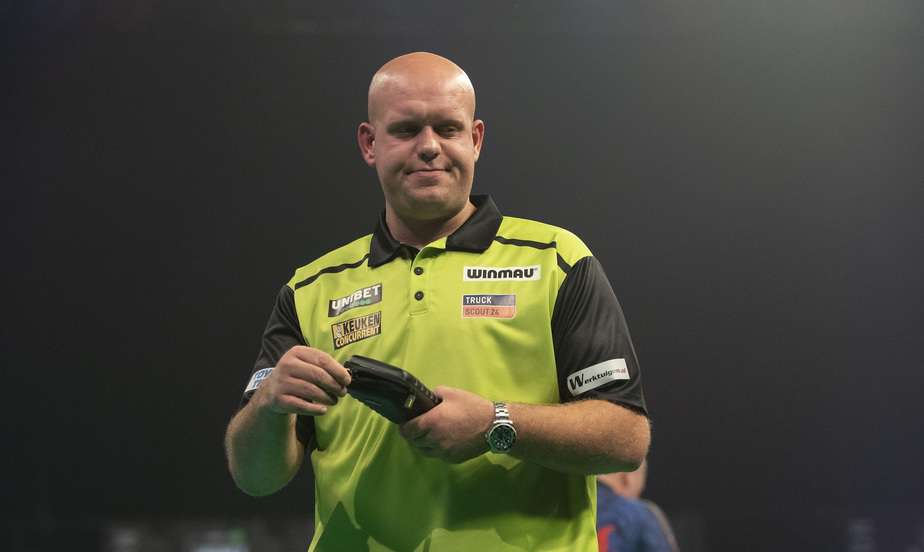 The second phase of the Premier League commences on Friday evening at the Marshall Arena in Milton Keynes, with nine players remaining in the tournament.

Following the elimination of former world champion Rob Cross on Judgement Night and the conclusion of the Challengers campaign, the race to London’s O2 Arena begins.

Three-time world champion Durrant continues to dazzle on his Premier League debut. He has beaten both Cross and Van Gerwen in recent days and tops the table after nine matches.

The Middlesbrough man faces two-time Grand Slam of Darts champion Price – who has thrashed both Anderson and Challenger Jermaine Wattimena to the loss of a solitary leg in his previous two games.

Welshman Price has beaten Durrant in six of their ten meetings, although the latter ran out victorious in their only Premier League encounter in March.

A victory for the ‘The Iceman’ could raise him into the top four, while Durrant will be hoping to extend his two-point lead in pole position.

Since the five-month hiatus, Anderson has had a topsy-turvy resumption to his Premier League campaign. The Scotsman was heavily defeated against Price, before overcoming Van Gerwen on Thursday evening.

Wright and Anderson drew in the Premier League before the lockdown (Photography: Lawrence Lustig/PDC)

The pair have clashed ten times in the Premier League, with Wright winning half of those and three encounters ending stalemate.

Wright currently stands second in the current campaign with only two defeats to his name, while Anderson sits in fifth place and outside of the play-off places on legs difference.

Having topped the table in eight consecutive years previous to the current campaign, Van Gerwen’s hopes of pocketing a hefty £25,000 bonus are in serious jeopardy.

The Dutchman has been defeated on four occasions this season, two of those coming in recent days and another arriving before the lockdown against Aspinall.

Former UK Open champion Aspinall has enjoyed a pleasing debut season in the 17-week extravaganza, and will be battling to further cement his place in the top four on Friday evening.

‘The Asp’ and the world number one have collided on eight occasions beforehand, with those being equally shared, but Aspinall has won two of their last three meetings.

Two points are crucial for Van Gerwen if he is to keep his top spot hopes alive, with current leader Durrant having continued his fantastic form since the restart.

It was almost unthinkable that Gurney would reach the second phase after enduring a winless campaign before the coronavirus swept across the world, though, the Northern Irishman has somehow avoided elimination.

Gurney has overcame both Aspinall and Challenger Chris Dobey since the Premier League’s anticipated resumption, despite not playing anywhere near his brilliant best.

Smith and Gurney have locked horns on five occasions in three Premier League seasons, with two of those going either way and the other ending stalemate.

Both players will be vying to mount their charge up the table after losing nine matches between them since February’s start to the current campaign.