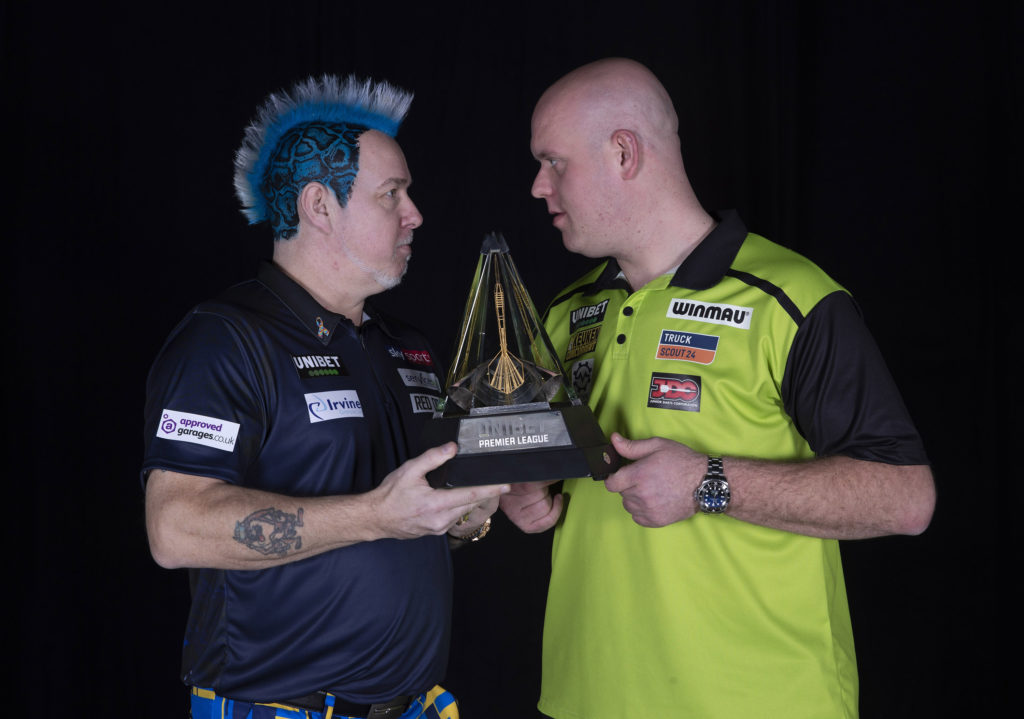 Glen Durrant will look to finish the job off and end his debut Premier League campaign on top of the pile when the action recommences on Wednesday evening in Milton Keynes.

Durrant has a four point lead at the top of the table and could become the first player to deny Michael van Gerwen top spot in the tournament for six years.

Van Gerwen had a shaky week last time out at the Marshall Arena, and will be wanting to finish strong to send out a statement ahead of the Play-Offs and the competitions that precede it.

Aside from that the race for the London Play-Offs looks tentatively tasty.

It’s the leader that will kick us off on the return to action at the newly dubbed ‘home of professional darts’ as he faces Michael Smith.

Smith has only won one of three games in the second stage of the league phase, and a win will be vital for his ambitions of making it to The O2 come the end of October.

All four of tonight's winners occupy the Play-Off places heading into the break.

We're back with the final four league phase nights starting on Wednesday. pic.twitter.com/y6noFoBFk7

As for Durrant, the dream debut seems to show no signs of stopping. Now the favourite to finish at the top of the standings in his first year involved, he has once again upset the darting establishment by carving out display after display.

As things stand Gary Anderson is the closest rival to ‘Duzza’ at the top of the table, but will face the man at the foot of it in Daryl Gurney on his return to Milton Keynes.

Anderson is unbeaten in four games, with three victories coming against Van Gerwen, Peter Wright and Nathan Aspinall which has propelled him up the table.

However, Gurney is sitting lowly in bottom spot with just eight points to his name. He did ever so well to pull off the great escape and evade elimination, but since the start of the second phase hasn’t managed to kick on.

The reigning world champion versus the world number one will be game of the night on any occasion, and that will be no different when they square off on Wednesday.

‘Snakebite’ is desperate for a win to keep his play-off hopes alive, having lost each of his last three matches before the brief break.

Ironically, he hit his first televised nine-darter in a 8-6 defeat to Daryl Gurney, and has put in some ton-plus averages to just be edged out. He could emerge as one of the players to benefit from the two-night break.

But ‘Mighty Mike’ may feel likewise, having suffered a bad patch for his high standards, he finds himself third in the table, unlike him at this stage of the league phase.

His 100 per cent strike rate in winning the league phase is seriously under threat, and will probably have to win every remaining match to stand a chance of continuing the feat.

This is the definition of a mid-table clash as fourth plays fifth in the league.

If Aspinall’s recent vein of form suggests anything, he will grab victory in this one following a consecutive spell of wins and losses since the restart.

Price, however, has won four of his last five and seems to be thriving in the behind closed doors format, with his only defeat coming against league leader Durrant.