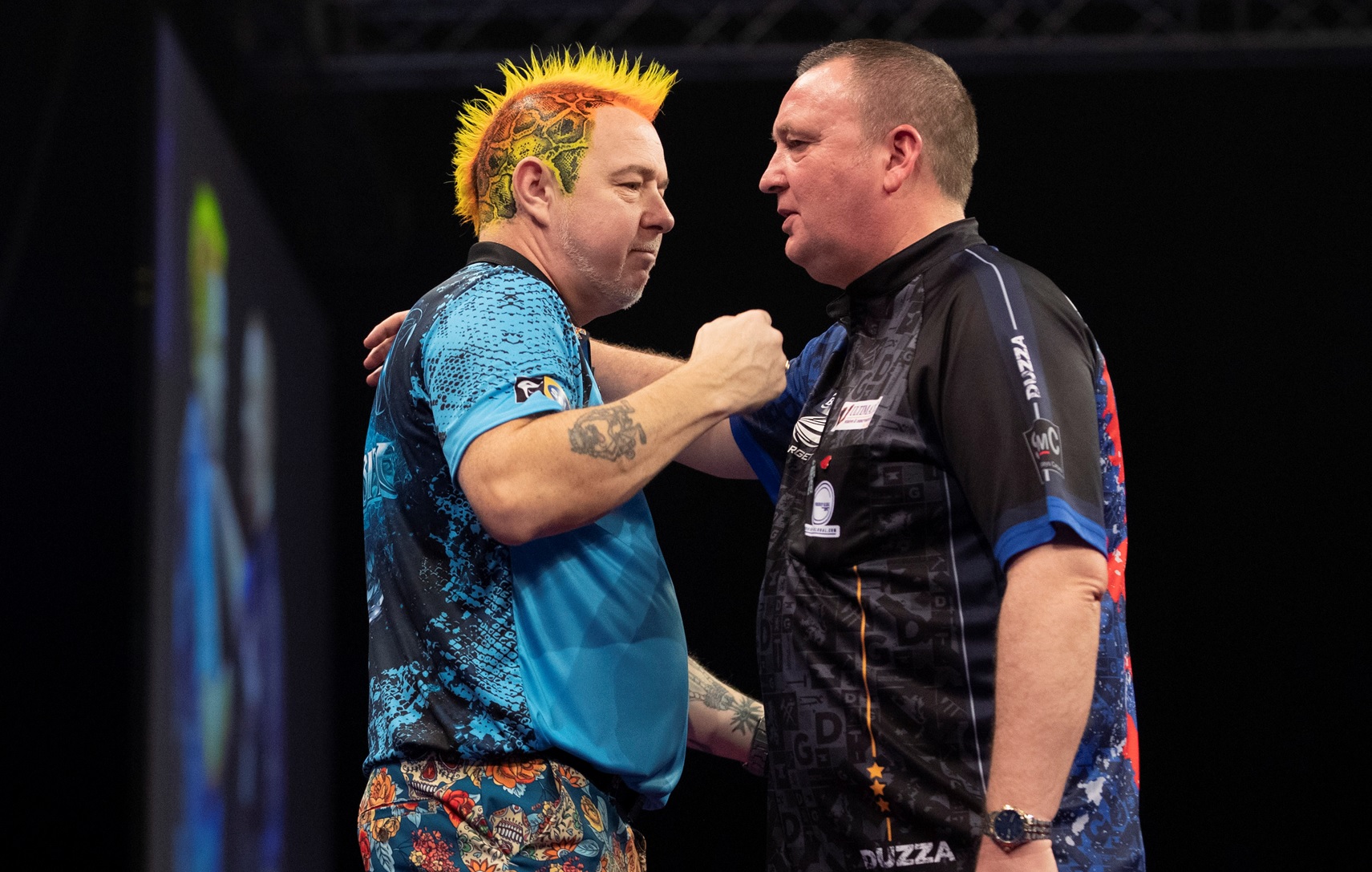 Glen Durrant could secure top spot on Friday evening after remaining unbeaten in eight matches since the resumption of Premier League Darts.

The penultimate night of behind closed doors action at the Marshall Arena in Milton Keynes sees three-time world champion Durrant lock horns with reigning champion of the world Peter Wright.

Elsewhere on Night 15, defending champion Michael van Gerwen faces Gary Anderson in an enticing encounter with play-off places on the line for both darting juggernauts.

Aspinall will be battling to edge closer to sealing his place in the Play-Offs on a dream debut, while Gurney’s hopes are dead and buried.

A top four spot now lies in the hands of the former UK Open champion due to his marginally superior leg difference over fifth-placed Van Gerwen.

Aspinall has somewhat surprisingly been defeated in four of his six previous meetings against the Northern Irishman, including a recent Premier League loss in Milton Keynes.

Gurney hindered Welshman Price’s play-off hopes on Thursday evening despite his campaign being all but over, with Aspinall vying to avoid the same outcome.

After maintaining his unbeaten streak since the restart and holding Van Gerwen to a draw, Durrant could wrap up top spot and the £25,000 bonus on Friday evening.

His original aspirations as a debutant have been gradually adjusted given his fantastic form, and the Middlesbrough man has often said in post-match interviews that he would now be bitterly disappointed if he weren’t to seal top spot.

He faces reigning world champion Wright for the fourth time since the professional return, with all three possible outcomes having occurred in their previous three meetings.

Wright could all but secure his place at the London Play-Offs if he were to gain a seventh career victory over the three-time BDO world champion.

Victories for Anderson, Aspinall and Wright on Friday evening would leave world number one Van Gerwen’s intentions of an eighth consecutive O2 appearance very much in doubt.

He would be left relying on an Aspinall defeat and a comfortable win for himself over Daryl Gurney, but a much-needed victory over Anderson could potentially turn the tables.

Anderson will mathematically secure his sixth successive Finals Night appearance with a draw, having endured just one defeat since the anticipated resumption in Milton Keynes.

Van Gerwen has beaten Anderson in seven of their 14 previous Premier League meetings, with the latter having won five himself and two ending stalemate.

More recently, the Scotsman convincingly defeated an out-of-sorts Van Gerwen 7-4 with an average short of the 100 mark proving enough to deny the five-time champion.

Price’s play-off hopes are hanging by a thread, while last year’s finalist Smith appearing in North London is mathematically possible but certainly improbable in reality.

Another draw on Thursday evening further hampered Price’s intentions of an O2 debut, with Gurney this time holding back the two-time Grand Slam of Darts champion.

Ninth-placed Gurney was under minimal pressure on Night 14 and that played into his hands. It could prove similar for Smith whose top four chances are drifting away and could be non-existent when he takes to the stage.

‘Bully Boy’ has ran out victorious in two of their previous four Premier League encounters, although their first phase clash this year ended stalemate.