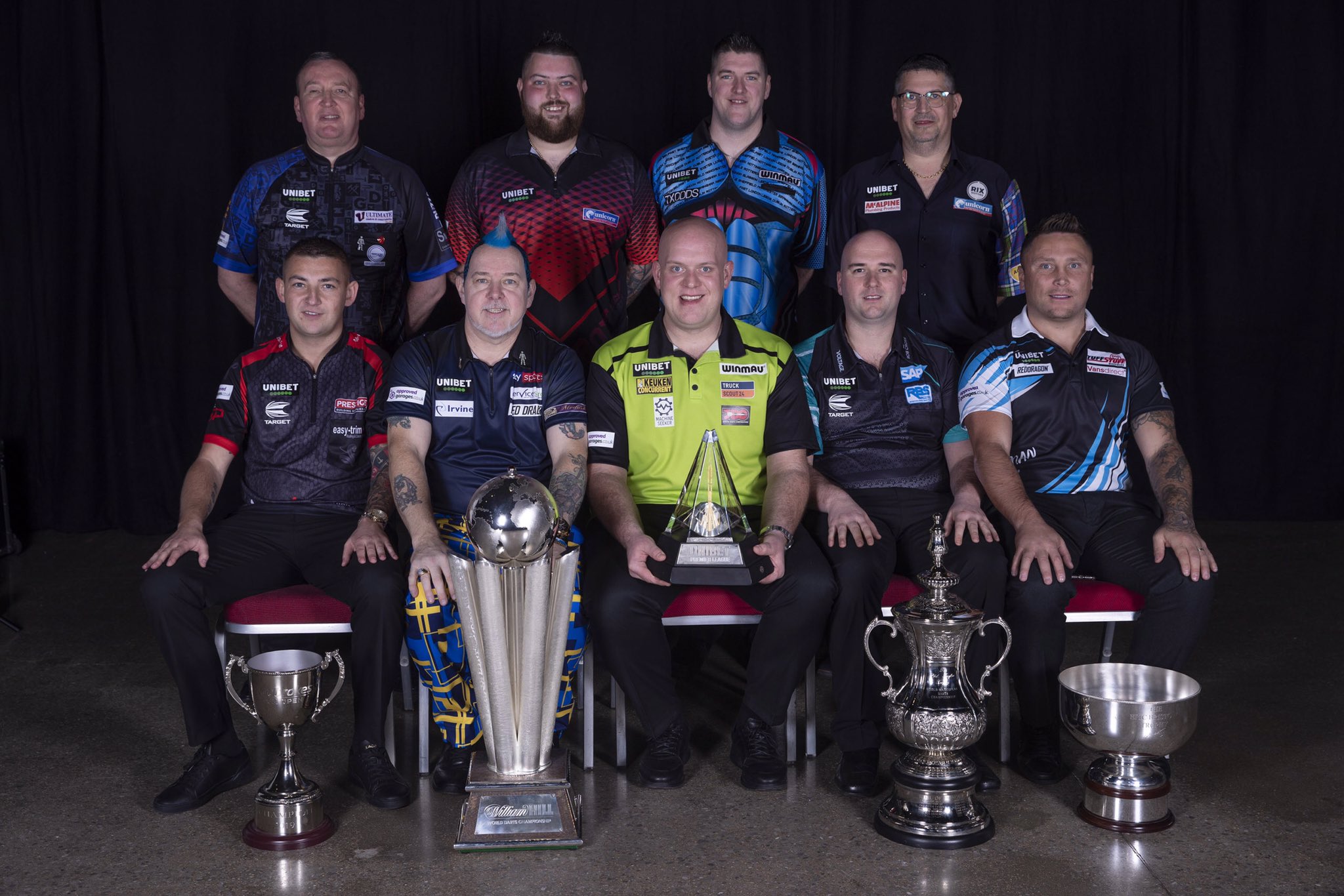 The 2020 Premier League season comes down to the 16th and final night this evening, as five players battle it out for the remaining three play-off places.

Surprisingly, five-time champion Michael van Gerwen is one of the five who has no guarantee of a place in the last four. A dip in form since the return has left the world number one fighting for survival as he faces the down and out Daryl Gurney.

Only debutant Glen Durrant has booked his place at Finals Night and, although he still needs points to claim top spot, ‘Duzza’ will go into his match with Aspinall looking to secure the £25,000 bonus.

Out of all the players in with a chance of qualifying Price is the least likely to book a place at The O2. The Welshman sits two points off Aspinall – who currently occupies the fourth qualifying spot – needing much to go in his favour if he is to sneak a place.

Price only has one option, to win, any other result would see him eliminated but the two-time Grand Slam of Darts champion currently has the best leg difference outside the top three which gives him a glimmer of hope.

Anderson, on the other hand, knows a win in the opening match of the night would put him level on points with Durrant. The Scotsman is currently 14 legs worse off than ‘Duzza’, but should Anderson win convincingly, there is an outside chance of him heading to North London as the league winner.

Both men go into this knowing they need the win, with the two-time world champion’s needs less desperate than Price, and a relaxed Anderson could see him play some of his best darts, leaving the other four to battle it out for only two spots.

When the Premier League started back in February, it would have seemed inconceivable to even imagine Van Gerwen potentially not making the top four.

The world number one has made the final in each of his seven Premier League campaigns, although an unusual dip in form since the restart means Van Gerwen is now relying on other results, as well as his own, in order to make the top four.

A victory for the Dutchman would put him on 19 points for the league phase and edge him into the top four, piling the pressure onto Wright and Aspinall, but if those two men were to win, it would mean an early end to Van Gerwen’s Premier League campaign.

Gurney, currently occupying eighth place, cannot qualify. It has been a frustrating campaign for ‘Superchin’, with his biggest battle coming on Judgement Night when he lost 7-4 to Peter Wright meaning a win for Rob Cross would have eliminated Gurney at the earliest stage.

There is no doubt this whole match revolves around MvG and his qualification attempts, it’s uncharted territory for the three-time world champion, and although Gurney cannot qualify, he isn’t here just to make up the numbers.

MvG is often at his best when his back is against the wall, the pressure is on and after a big win on Friday evening, you feel the Dutchman’s Premier League best is yet to come.

Like Anderson, Wright has all but booked his place in the Play-Offs after inflicting only a second league defeat on Durrant on Friday evening. The reigning world champion has only made it into the top four once in his previous six attempts.

It would cap off Wright’s best week in the Premier League, not only qualifying for Finals Night, but ‘Snakebite’ hit his first televised nine-darter earlier in the campaign.

As for Smith, he currently sits seventh and is unable to qualify, but ‘Bully Boy’ could dent Wright’s qualification hopes with a win, and if Price was to lose to Anderson, Smith would end the league phase in sixth.

In truth, Smith hasn’t found his usual consistency to trouble the top four; all too often he has found himself throwing away sizeable leads and dropping points.

The internet trolls have also had their say, with some horrendous abuse being launched in Smith’s direction following some disappointing results, though tonight gives the St Helens thrower a chance to hit back at his critics.

The final game of the night could also have the most riding on it, depending on the night’s results. A clash of this year’s Premier League debutants with both chasing a different end of season reward.

‘Duzza’, the only player to have booked his spot in the top four, knows just a point would be enough to secure top spot and complete an impressive maiden campaign.

The Premier League is notoriously tough to play week to week, but the nightly format has suited the former three-time BDO world champion, with the 49-year-old suffering only two defeats throughout the campaign.

Although the pressure is off Durrant, he missed the opportunity to secure first place against Wright on Friday, and you‘d imagine the man from Middlesbrough would be desperate to bag the £25,000 on offer for the winner of the league.

By contrast, Aspinall is throwing for his own benefits in the tournament, and a lot will depend on how Van Gerwen’s match has gone earlier in the night.

If MvG was to win, it means Aspinall would need a victory and to claw back any leg disadvantage he may have suffered from Van Gerwen’s earlier triumph. However, should the Dutchman lose to Gurney, Aspinall would have secured his maiden O2 appearance without even throwing a dart.

The pressure is squarely on ‘The Asp’, he will know by the time he walks on stage exactly what he needs to do in order to secure his place in the top four, but he’s up against it here. Not only is Durrant’s form imperious at present, but his steely gritty approach means he is always hard to break down.