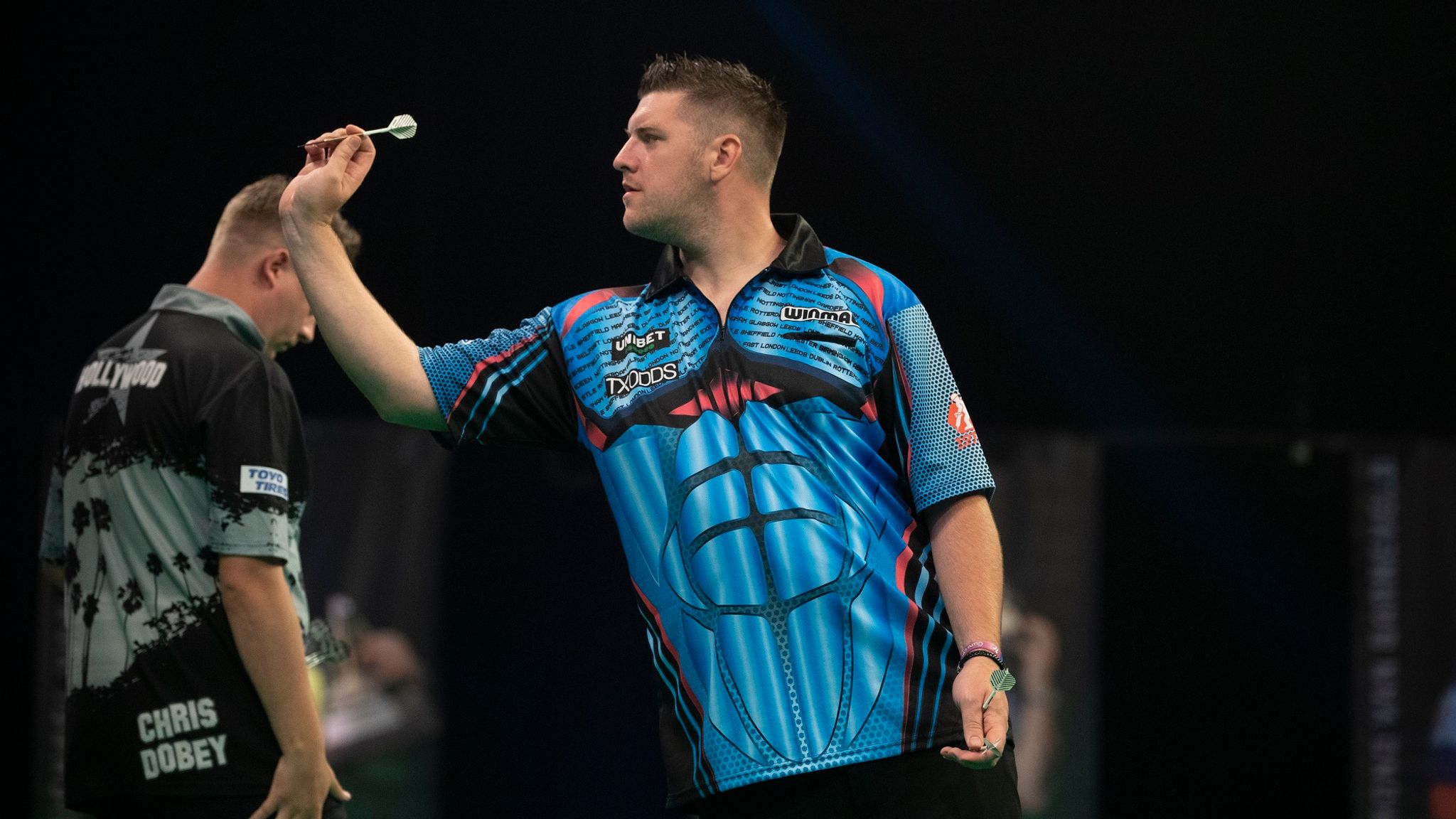 Wednesday evening is a big night in the fight for Unibet Premier League survival after a dream restart for Daryl Gurney at the foot of the table.

A win for him, twinned with defeat for his closest rivals Rob Cross and Gerwyn Price, has seen the gap cut to just a point from safety.

Night Eight could set up Judgement Night quite nicely, whilst at the top end of the table Michael van Gerwen will be wanting to pull clear of the rest of the pack.

It’s a big game for Price as victory this evening will seal his place in the second phase of the competition, but against him is his nemesis in Gary Anderson.

The last big stage meeting between the pair saw ‘The Flying Scotsman’ run out a 10-2 winner at the Masters at the same venue in January.

An impressive 7-3 win over Michael Smith will also put the two-time world champion in good stead, whilst ‘The Iceman’ will need to quickly heal his wounds from defeat to Nathan Aspinall on Tuesday night.

It’s as if everything ‘The Asp’ takes up turns to gold, and his appearance in the Premier League has been no different, currently seeing himself in the top four.

Gurney said in interviews leading up to the tournament that playing over consecutive nights would help him in the fight to survive Judgement Night.

He didn’t hit the heights of ‘Superchin’ in his win over Challenger Chris Dobey, but at this stage of the league phase getting points on the board is all that matters.

Both players kicked off in Milton Keynes with a win and both players seem to have similar form lines, having both suffered early exits at the World Matchplay.

Cross would have been nervously looking over his shoulder last night when the result from the fourth match came in.

Now fully embroiled in an elimination scrap, he will be looking to quickly avert the panic stations with a win over Michael Smith.

‘Bully Boy’ was involved in a classic encounter against a scintillating Anderson last night, and was unlucky to be on the receiving end of such a heavy defeat.

Smith is the form player of the two, having made the World Matchplay semi-finals last month, and enjoyed a better time of it during the Summer Series.

This is by far the game of the night, once the relegation battles are done with, the top two go toe-to-toe on the big stage.

Glen Durrant is one of a few players that can boast a winning record over Van Gerwen, and a continuation of that impressive head-to-head on Wednesday evening will create a two-point gap at the top of the league standings.

The breakthrough of ‘Duzza’ these past two years has been no surprise, but it will be another test against Van Gerwen – who enjoys the Premier League as much as any other tournament.

The Dutchman has finished top of the table every year he’s been in the competition and he won’t want to change that record now.

Jeffrey de Zwann should have been enjoying an occasion where 10,000 Dutch fans would be screaming his name.

Instead, he will be in an empty arena with only a loud speaker blasting out crowd sounds when he faces the World Champion in the last game of the evening.

Wright was involved in a bizarre match against Durrant last night – where he stated post-match that he should have both won and lost it.

New darts as per the norm for ‘Snakebite’, he will want to join the club of world champions that go on to claim a second of the three triple crown titles when holding the big one.