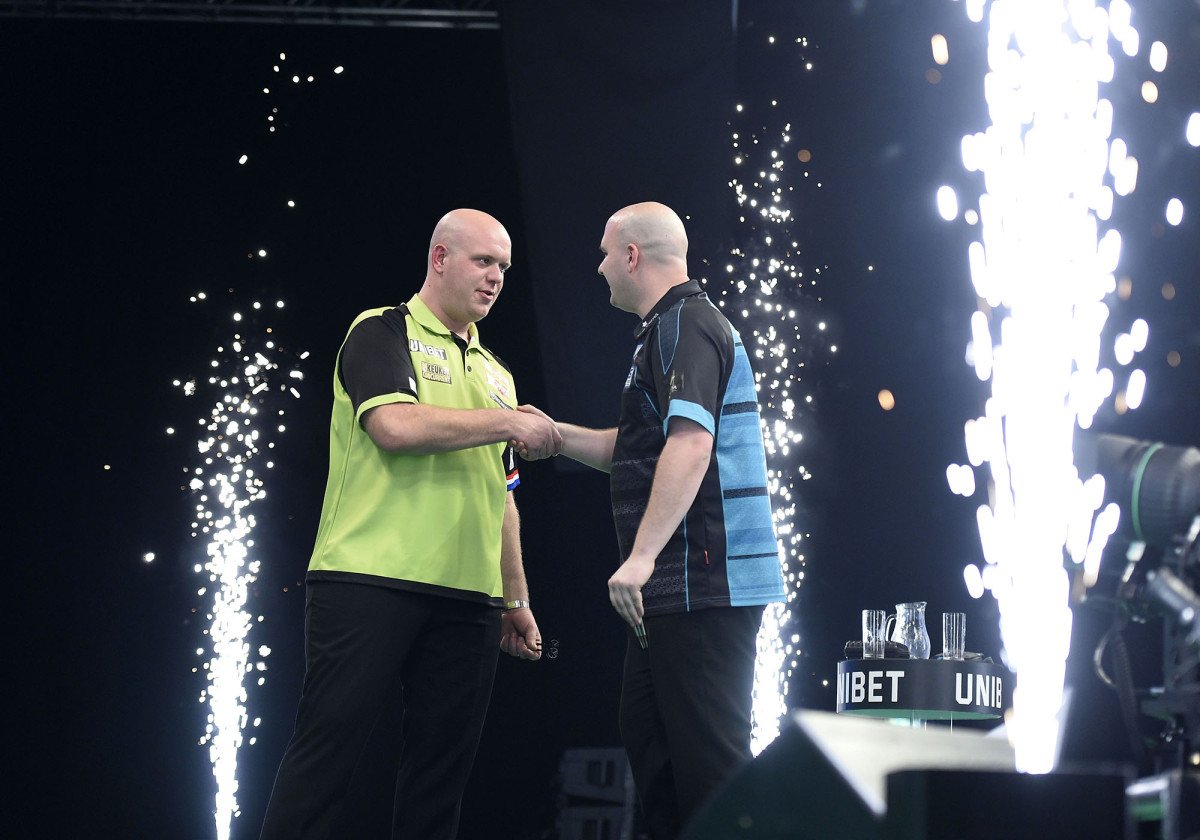 After a pandemic hiatus exceeding the five-month mark, Premier League Darts finally returns with an enticing offing on Tuesday evening.

In an ideal world, the professional circuit would be down under at this present time, hosting their annual World Series of Darts events in Australia and New Zealand.

Instead, it returns behind closed doors in Milton Keynes following a successful World Matchplay, with the 17-night Premier League extravaganza making its anticipated resumption.

Chris Dobey also becomes the latest Challenger to enter the fray, facing the elimination-threatened Daryl Gurney who sits bottom of the standings.

Due to two-time world champion Anderson withdrawing from the tournament at the hands of ongoing back problems last year, these two haven’t lock horns in the Premier League for two-and-a-half years.

Then, eventual finalist Smith defeated his former mentor on two closely contested occasions, but was also thrashed 7-2 by the Scotsman in between.

The esteemed pair more recently clashed at the World Matchplay, with Anderson narrowly overcoming his protege before being handed an 18-8 thrashing against Belgian debutant Dimitri Van den Bergh in the final.

Despite the Scotsman holding a slender advantage in terms of previous meetings, Smith has beaten Anderson in five of their last seven meetings, with four of those arriving in front of the television cameras.

Both players have been defeated twice thus far in this prolonged season, though, an extra draw for Anderson means he recommences his campaign in sixth and a solitary point behind third placed Smith.

Following his recent World Matchplay blow, Van Gerwen takes on a struggling Cross as he hopes to keep the pressure mounted on the shoulders of league leader Durrant.

If this match was played three years ago, it would have been a coin flip scenario, with Cross producing the darts of his life and eventually defeating the world number one on his way to lifting the World Championship at Alexandra Palace.

At this present time, Cross is struggling whereas defending champion Van Gerwen continues to perform consistently around the 100 mark in the Premier League despite having suffered defeats against both Smith and Aspinall.

Three-time major champion Cross could be abruptly eliminated come Thursday evening should results not go his way, while ‘Mighty Mike’ will be hoping to keep winning in order to top the table for an eighth consecutive season.

Van Gerwen has ousted ‘Voltage’ in all six of their previous Premier League meetings, and 18 times out of 21 in all competitions.

Aspinall has enjoyed a relatively pleasing start of life in the Premier League as he currently sits within the top four, while draws continue to hold back Price from achieving his play-off aspirations.

It was far from the restart either major champion was hoping for behind closed doors in Milton Keynes during the World Matchplay, with both being dumped out at the opening hurdle.

The pair will meet for the fourth time on television, with Aspinall having run out victorious in two of their three previous encounters, including in the semi-finals of his title-winning UK Open campaign last year. 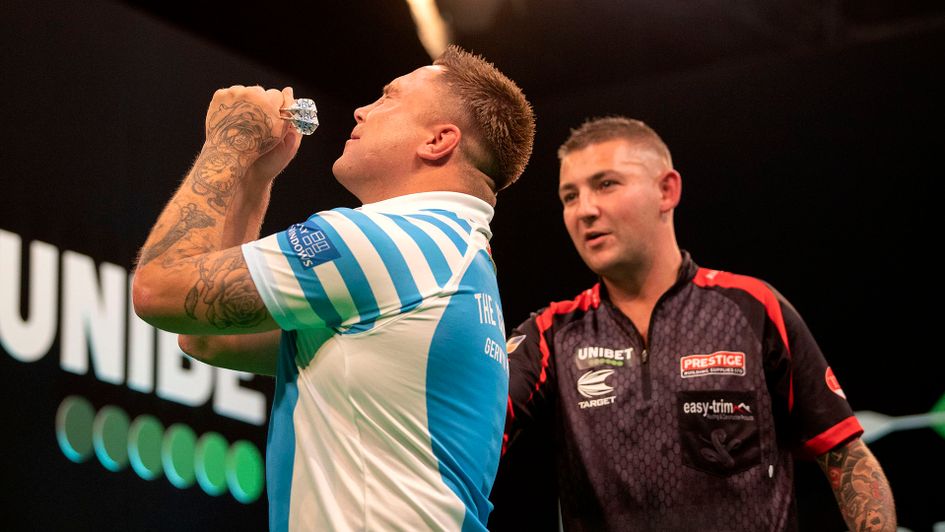 Both will want to produce a significantly better showing than what they offered at the recent Matchplay, following their below-par performances against Van den Bergh and Danny Noppert respectively.

It could prove a case of who settles quicker in the deserted environment without spectators, but clashes between Price and Aspinall are often close and their first Premier League meetings may end stalemate.

The main objective of the Challengers initiative has seemingly been defeated by the global pandemic, with the remaining players being forced to compete behind closed doors and away from crowds in their homelands.

Usually the challenging throwers will receive a true heroes welcome whilst taking to the stage, but that will not be the case for Dobey on Tuesday evening following the cancellation of his Newcastle homecoming.

In spite of facing former World Grand Prix champion Gurney in the Milton Keynes ‘bubble’ setting, Dobey will still want to gain the victory and a respectable pay day in the process.

He drew with Austrian Mensur Suljovic on debut as a challenger last year, and will be vying to go one better against a rock bottom placed Northern Irishman.

Gurney has beaten Dobey three times on the professional circuit, with all three coming on the stage, while Dobey has beaten ‘Superchin’ twice himself albeit behind closed doors on the PDC ProTour.

The 34-year-old is desperately in need of points against Dobey, with tougher opposition in Aspinall and Wright approaching prior to the all-important Judgement Night on Thursday.

Tuesday’s culminating clash sees two world champions and two players who continue to improve with age collide in a re-enactment of their recent World Matchplay second round encounter.

Wright will want revenge on the three-time BDO world champion after a disappointing early exit in the sport’s second most prestigious tournament against the current league leader.

Durrant’s beginnings in the Premier League have gone exactly as he would have hoped, winning four of his six matches and standing tall at the top of the pile, while an indifferent start means the reigning world champion sits outside the play-off positions.

Since ‘Duzza’ switched across the darting divide, he and Wright have met on seven occasions, with five of those going the way of the effervescent Scotsman.

Both players will want the two points, with Durrant wanting to remain in top spot and ahead of an eager Van Gerwen, whereas Wright will want to return to the London Play-Offs for the first time in three years.