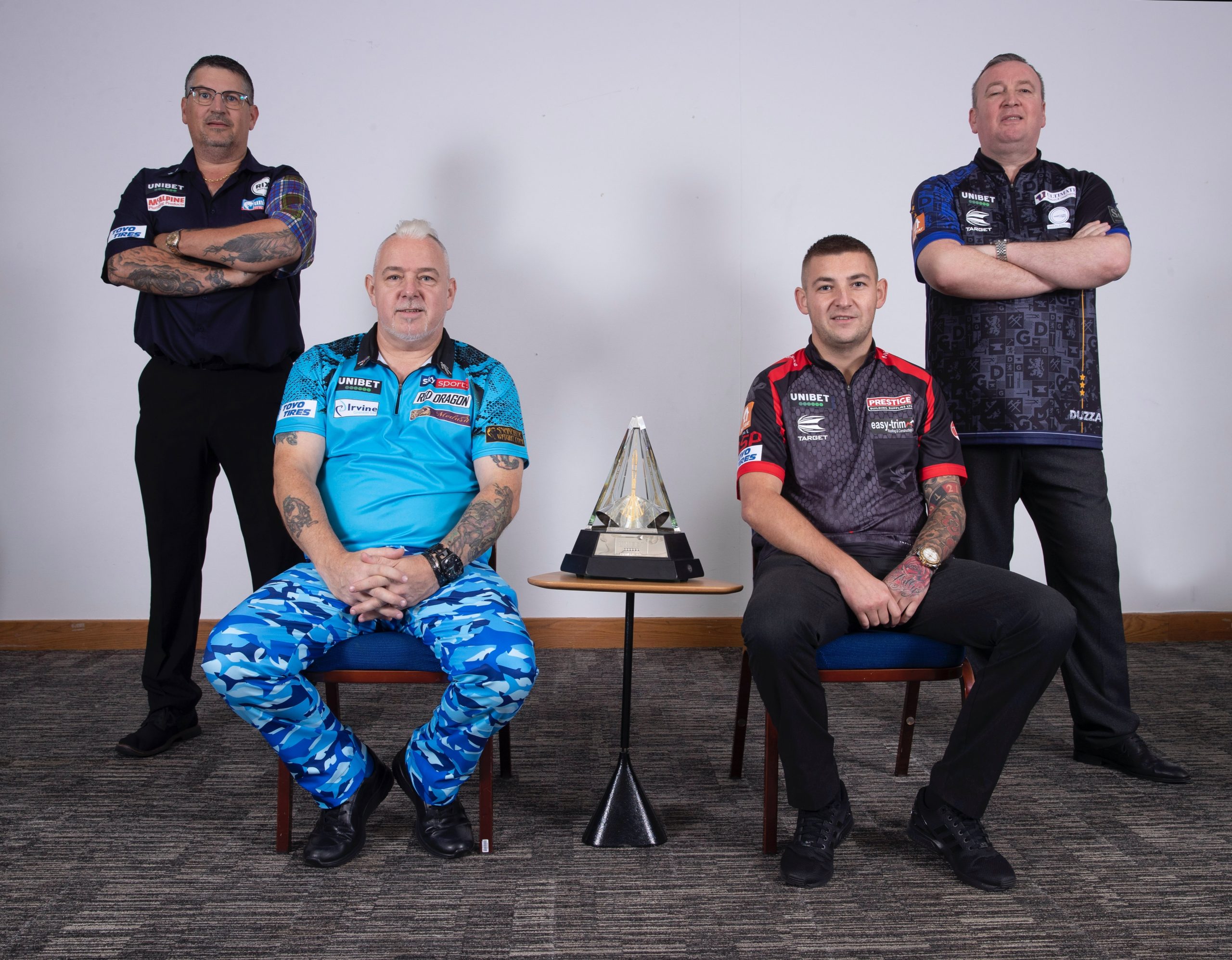 In the strangest campaign since the launch of Premier League Darts, four major champions remain in the reckoning for the second largest payday in the sport.

A grand total of £250,000 will be awarded to the winner on Thursday evening as the prolonged Premier League season reaches its climax at the Ricoh Arena in Coventry.

Reigning world champion Peter Wright is the favourite with the bookmakers heading into the anticipated Play-Offs, with the Scotsman facing Nathan Aspinall in the semi-finals.

Beforehand, Glen Durrant and Gary Anderson lock horns in an enticing encounter between two esteemed players with five world titles between them.

All four competitors will be well rested ahead of their matches after enduring relatively early exits at the recent World Grand Prix at the same venue in Coventry.

Glen Durrant’s rise through the darting echelons has been quite simply staggering. During his many years as a darts player, he’s progressed from being a mediocre superleague player to a seasoned professional.

The Middlesbrough man scooped the £25,000 bonus for the leader at the conclusion of the league phase, and he’ll be hoping to add a maiden PDC televised title to that.

Durrant is unbeaten against Anderson since winning his tour card at Qualifying School last year, with his only defeat against the Scotsman coming four years ago before he turned professional.

Dave Chisnall brushed ‘Duzza’ aside in the opening round of the recent World Grand Prix, while Anderson saw off Rob Cross and Danny Noppert before being ousted by eventual finalist Dirk van Duijvenbode.

Neither Durrant nor Anderson produced particular promising stuff during the double-start event last week, though, they did perform excellently upon the Premier League’s return in late August and early September.

Anderson has reached the semi-finals on six previous occasions, winning two of them, including a maiden triumph on his debut – a feat Durrant will be looking to achieve.

Both Wright and Aspinall constructed their breakthroughs at Alexandra Palace before progressing to land their maiden major accolades at the UK Open.

Wright reached the final of the World Championship six years ago prior to winning his first major four years later, while Aspinall made the semi-finals in 2018 before winning the UK Open months in advance.

They now go head-to-head at the Ricoh Arena, with Wright vying for a return to the final and Aspinall wanting to reach that stage on his debut in the tournament.

Both players were dumped out in the first round of the recent World Grand Prix, with a below-par Wright suffering a shock defeat against Ryan Joyce and Aspinall losing out at the hands of Germany’s Gabriel Clemens.

Wright and Aspinall have encountered one another four times this year alone, with both players winning on two occasions. Aspinall holds a slender 4-3 lead in terms of their all-time meetings.

We could witness two Scotsmen battle it out in the final, whereas on the contrary we could see two debutants spectacularly reach in their first Premier League season.

Whoever denies their semi-final opponent and books their place in the decider will have earned their position, in one of the closest to call play-off campaigns on record.

All four players will be quietly confident of claiming the spoils on Thursday evening, especially Wright who believed before the tournament that if he qualified for Finals Night, he would reign victorious.