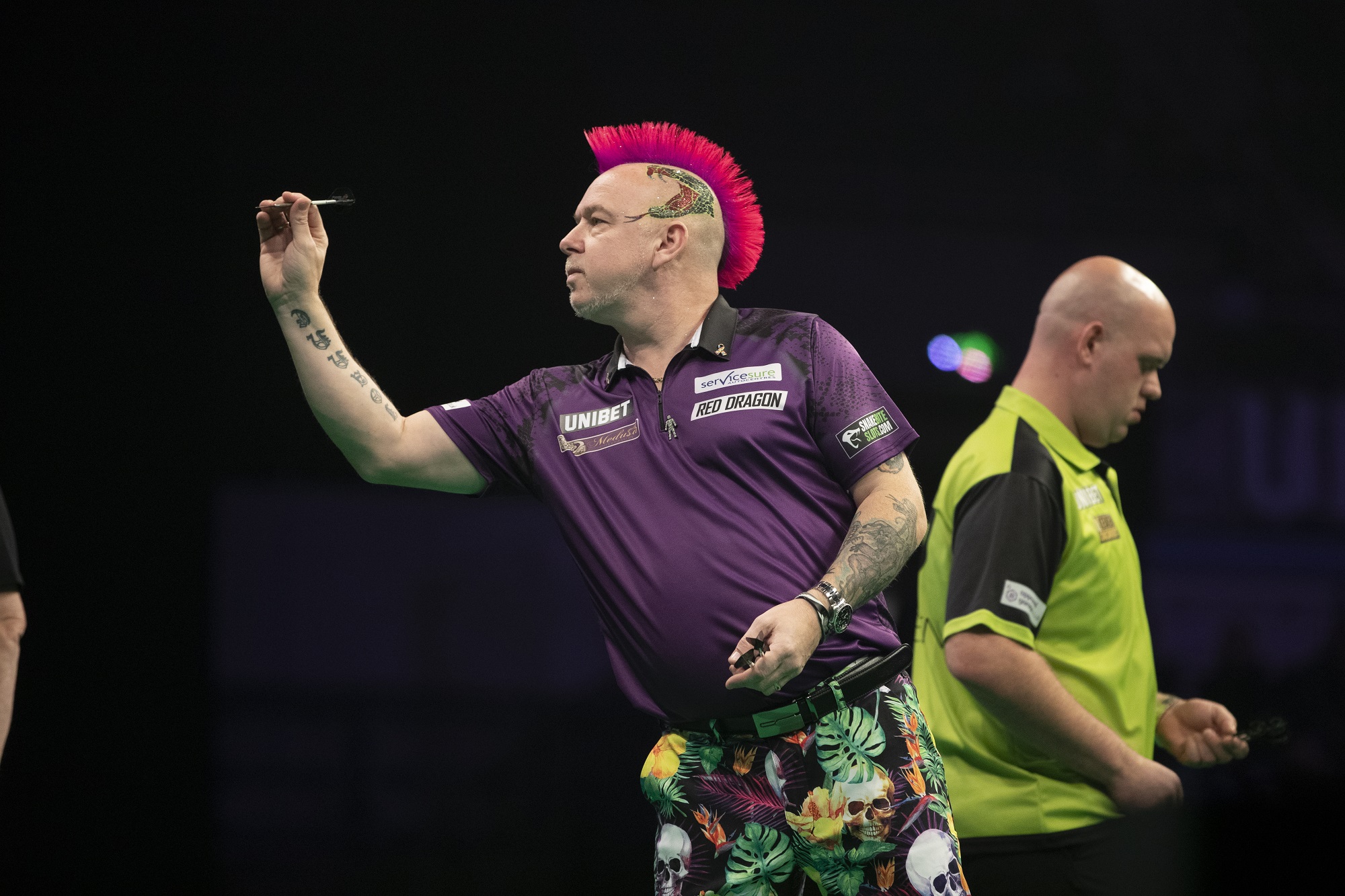 2017 runner-up Peter Wright had an indifferent Premier League campaign in its opening weeks earlier this year, but returns to action hoping to charge into the Play-Offs.

‘Snakebite’ only sits outside the top four on leg difference, and having added to his tally of titles this year at the Summer Series, many will fancy him for a second Play-Offs campaign.

It’s quite incredible that someone as successful as Wright has only finished in the top four once in his six previous attempts.

However, he did manage to win his final two matches before the suspension to move level on points with Michael Smith and Nathan Aspinall. The Scotsman currently sits in fifth.

Here, we assess Wright’s campaign so far, his recent form, and his chances of making the Play-Offs, taking into account his remaining fixtures.

The World Champion has one of the highest overall averages in the Premier League so far, but that doesn’t even come close to telling the whole story.

Wright averaged below 90 twice, in a draw with Gary Anderson and in defeat to Gerwyn Price, but blew Aspinall away in Exeter with a 110.

Price and world number one Michael van Gerwen were the only players to beat ‘Snakebite’, the Dutchman winning 7-5 on opening night.

Wright beat Rob Cross in Cardiff before a 7-4 victory against Smith saw him go into lockdown with back-to-back victories.

World number two Wright topped the Summer Series Order of Merit and continued his incredible consistency on the floor when the ProTour resumed in July.

‘Snakebite’ had won his board on every single occasion so far in 2020, and extended that run to 13 in Milton Keynes. It culminated with a title at PC13, beating Price in the final.

Wright also lost out in the final of Players Championship Nine to Van Gerwen, so went into the World Matchplay as one of the hot favourites, a tournament where he reached the final three years earlier. 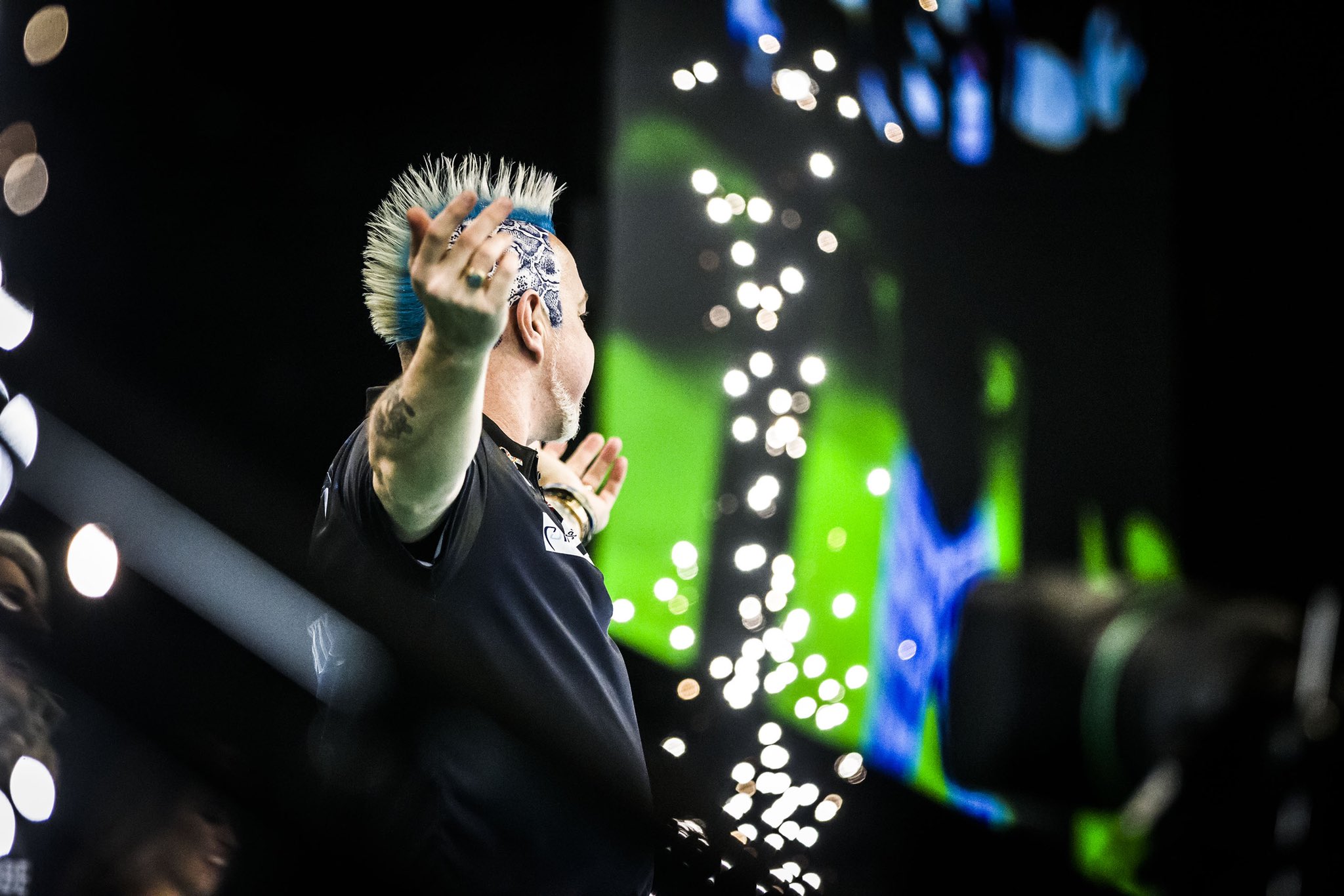 Despite a gutsy display to see off José de Sousa in the first round, the Masters champion fell to Glen Durrant 11-8 in the last 16, as his wait to win the Matchplay went on.

Wright has the chance to exact revenge on Durrant in the very first Premier League match since the resumption.

That game against the league leader is arguably his toughest of the three before the first stage comes to a close on Thursday.

‘Snakebite’ then takes on Challenger Jeffrey de Zwaan, who only won four games at the Summer Series , before a meeting with ninth placed Daryl Gurney, one which could see the Northern Irishman eliminated.

If Wright can cut out those below-par performances from the opening stages of the season, he has every chance of a return to the Play-Offs.

With the upper portion of the table so tight, the World Champion could even finish top of the table for the first time if he can put a run together.

As we all know, ‘Snakebite’ can demolish anyone on his day, so a position in the top four come September 6 could pave the way for a first Premier League title.