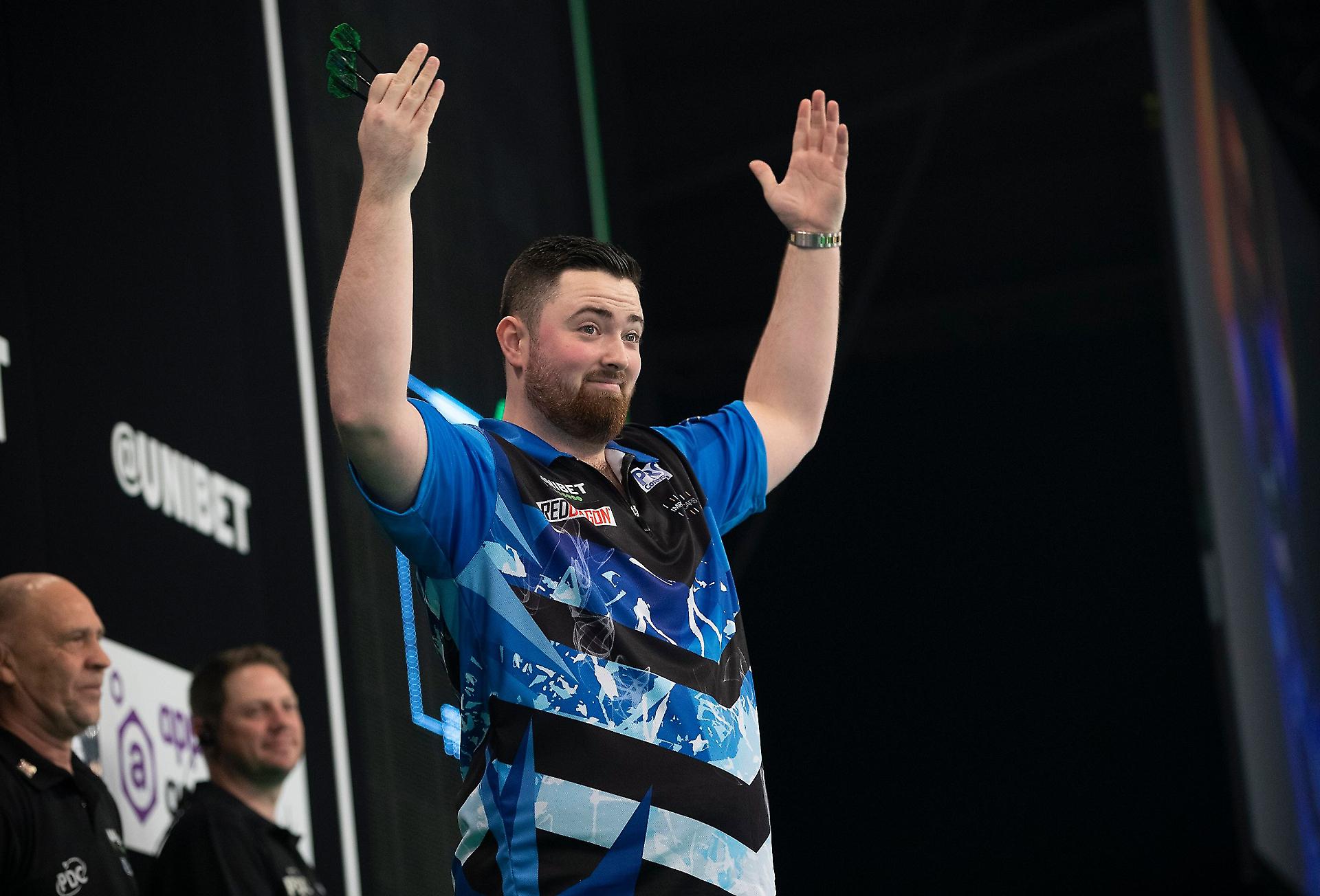 Following the unprecedented achievements of Luke Humphries in Exeter prior to the enforced shutdown, the Challengers will be vying to cause further shocks upon the Premier League restart.

Having been brought into contention following the withdrawal of Gary Anderson last year, the Challengers returned for a second campaign following the popularity of the initiative.

Usually nine local stars receive heroes welcomes in front of a home crowd, though, that will differ come Tuesday evening with the three remaining Challengers competing behind closed doors.

Allow us to guide you through the Challengers’ performances thus far and those stepping up to the plate over the coming days at the Marshall Arena in Milton Keynes.

Other than Humphries, Fallon Sherrock and Stephen Bunting, the Challengers struggled overall prior to the prolonged suspension.

All three players received tremendous receptions whilst taking to the stage in their respective homelands, but pressure took over as Nathan Aspinall, Michael Smith and Michael van Gerwen subsequently brushed them aside.

Fresh from her extraordinary exploits at Alexandra Palace, Sherrock became the first of the 2020 challenging crop to snatch points from the clutches of the Premier League regulars.

Sandwiched in between the two was a slice of brilliance from reigning world youth champion Humphries as he formed history in overcoming two-time world champion Anderson.

Despite recording the third lowest average of the Challengers thus far, the Berkshire ace jumped all over squandered opportunities from Anderson to seal a famous triumph.

Chris Dobey’s acknowledgement in Newcastle was one of the most memorable moments from last year’s Challengers inception.

The proud Geordie was the first to grace the stage as part of the newly-integrated format, and gained a 6-6 draw, averaging 98.53 against an also impressive Mensur Suljovic.

Dobey will return to the Premier League, albeit behind closed doors due to Newcastle’s annual staging being cancelled alongside Rotterdam’s double-header.

Jeffrey de Zwaan will also make his second appearance after being denied by Cross last time around, while his compatriot Jermaine Wattimena will make his debut.

The World Grand Prix semi-finalist trousered a hefty £5,250 cheque in Milton Keynes, with a run to the quarter-finals and wins over the likes of Adrian Lewis, Mickey Mansell and Dimitri Van den Bergh proving his most prosperous afternoon.

Meanwhile, Wattimena pocketed £5,000 in prize money by virtue of two third round and two fourth round exits, but failed to surpass the last 16 on either of the five days.

De Zwaan struggled during the Summer Series, surpassing the second round on just one occasion, whilst continuing his recovery from shoulder surgery.

Dobey was unsuccessful in qualifying for the recent World Matchplay, while the Dutch duo suffered heavy first round defeats at the hands of Krzysztof Ratajski and Glen Durrant respectively.

Dobey faces bottom placed Gurney on Tuesday evening in what will be the pair’s third meeting in front of the television cameras.

Despite Gurney having won both major meetings, ‘Hollywood’ has defeated the Northern Irishman twice on the ProTour, and will fancy his chances against a struggling former World Grand Prix champion.

De Zwaan then locks horns with reigning world champion Peter Wright, with the pair having defeated one another on the big stage in recent times.

The Dutchman ousted Wright in last year’s European Championship, before the Scotsman avenged his defeat en route to lifting the World Championship crown during the festive period.

Price has beaten the Dutchman four times, including two victories on the European Tour, while Wattimena has overcome the Welshman twice himself, though, both wins arrived behind closed doors in Barnsley.