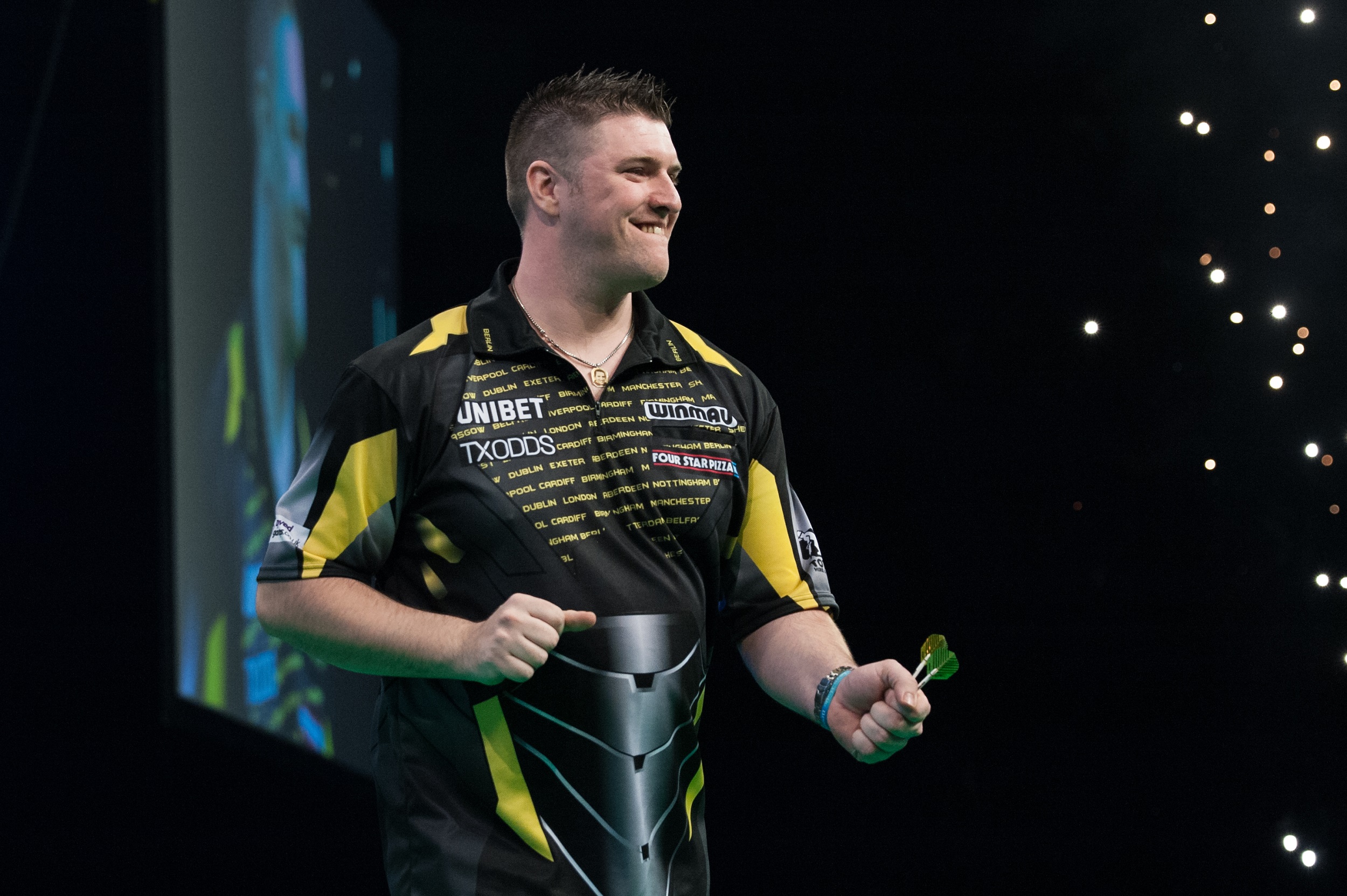 Last year’s Premier League semi-finalist Daryl Gurney will be hoping to turn his disappointing campaign around after failing to record a single victory before the enforced shutdown.

Allow us to guide you through Gurney’s season so far, remaining fixtures and his chances of reaching the Play-Offs come the early days of September.

‘Superchin’ earned just two points in six matches, which were 6-6 draws against Gerwyn Price and Rob Cross in Cardiff and Exeter respectively.

On the most recent evening back in March, the Northern Irishman was edged out 7-5 by table-topping Glen Durrant in Liverpool.

Gurney’s leg difference is also a major concern at a whopping -12 legs, mainly due to a heavy 7-1 defeat at the hands of world number one Michael van Gerwen in Nottingham.

In the PDC Summer Series, Gurney showed promise as he made the quarter-finals and semi-finals in the third and fourth events, taking home a healthy total of £7,750 in prize money.

An unstoppable Vincent van der Voort stunned Gurney in the Betfred World Matchplay in July, beating him 11-5 in the second round.

Gurney has Challenger Chris Dobey up first in Milton Keynes on Tuesday night, before taking on Nathan Aspinall and Peter Wright on Wednesday and Thursday at the Marshall Arena.

The former World Grand Prix champion has also never lost to ‘Snakebite’ in the Premier League, winning once and their other three meetings ending with the points being shared.

Sadly for Gurney, his chances of making the Play-Offs for a second consecutive year are almost non-existent.

He will likely require at least two wins from his last three matches against tough opposition to have a chance of avoiding an early exit.

Although, two victories on Tuesday and Wednesday respectively against players who he owns promising records against could have those situated above him looking over their shoulder.