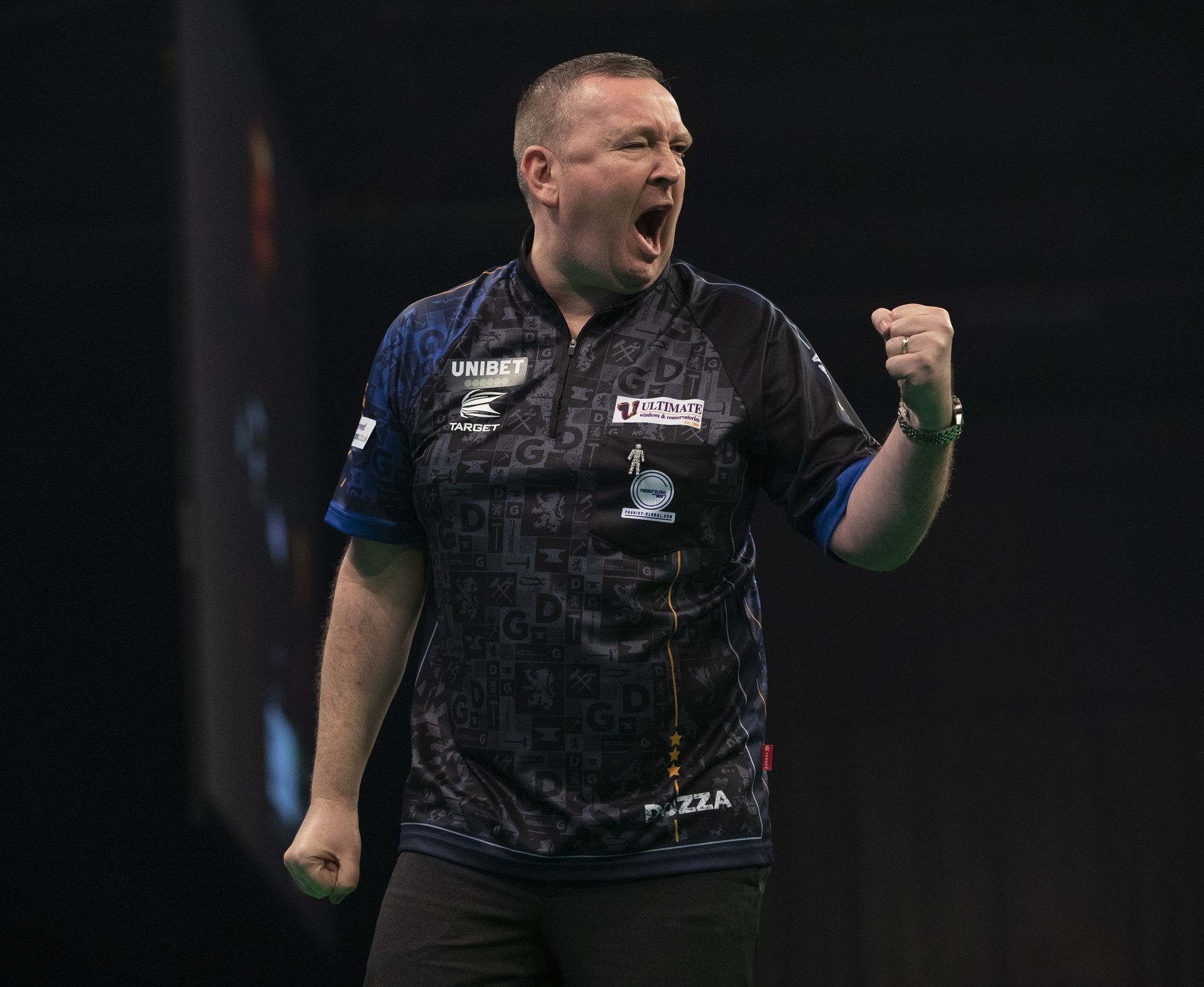 Glen Durrant remains top of the pile ahead of the upcoming Unibet Premier League restart after scintillating beginnings to life in the prolonged extravaganza.

Other than his heroes welcome in Newcastle being cancelled due to effects of the coronavirus pandemic, Durrant’s debut Premier League campaign could not have been any closer to his intentions.

He has exceeded expectations and remained at the summit of the standings for the vast majority of his dream debut campaign.

Allow us to guide you through Durrant’s season thus far, remaining fixtures and his chances of reaching the Play-Offs come the early days of September.

Only recent Home Tour champion Nathan Aspinall and Challenger Fallon Sherrock managed to snatch points from the clutches of the league leader prior to the enforced shutdown.

Uncharacteristically low checkout percentages against both of his fellow former major champions proved decisive in ‘Duzza’ failing to maintain an unbeaten start.

Putting those uncommon performances aside, Durrant has averaged in the high 90s to early 100s throughout his campaign, and relatively comfortably saw off Michael Smith, Gary Anderson and Gerwyn Price. 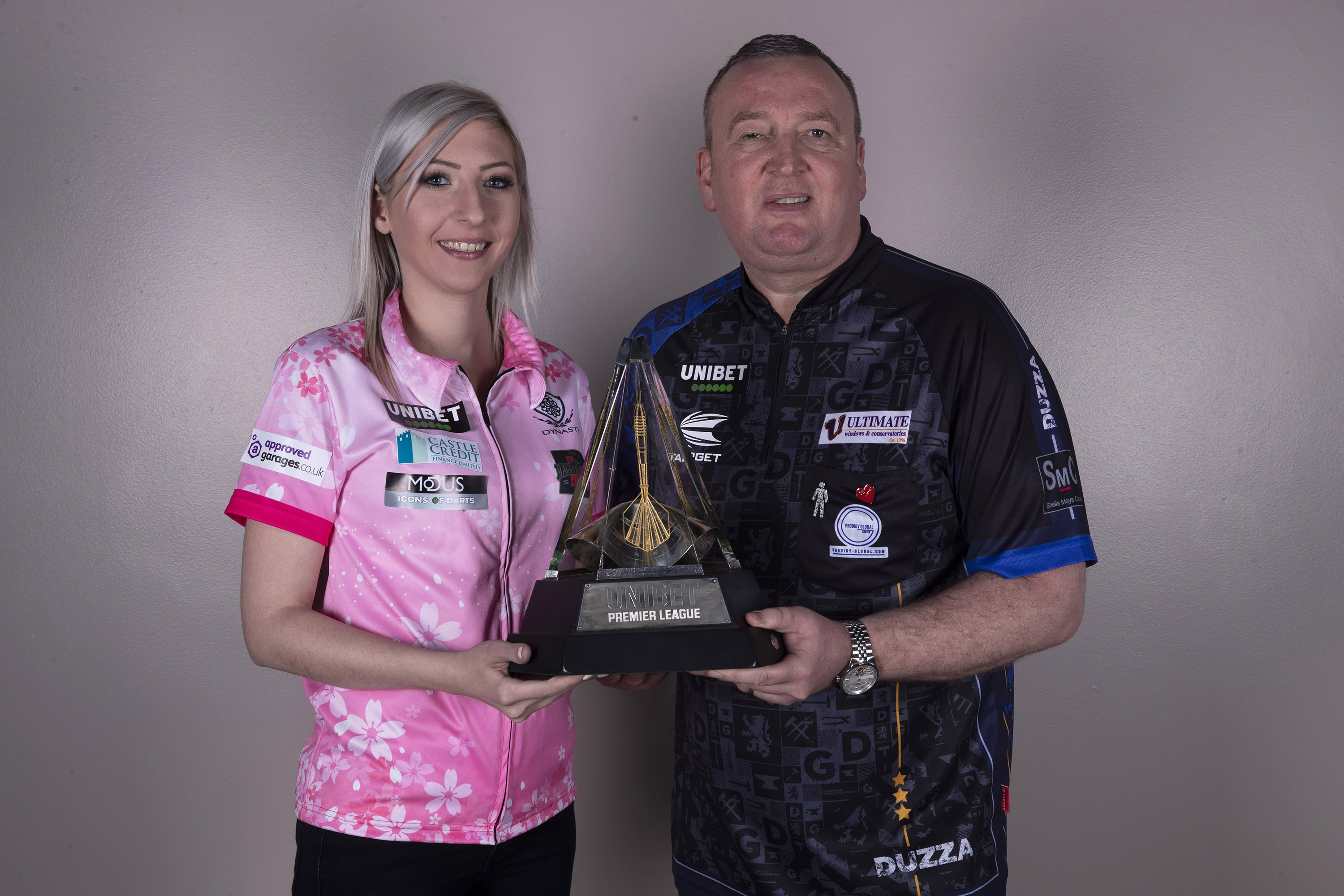 Durrant was forced to showcase his resilience in a fortunate 7-5 victory over Gurney in Liverpool on the culminating evening of action before the five-month hiatus.

Despite failing to return to the winners’ circle during the PDC Summer Series in early July, Durrant reached back-to-back quarter-finals and pocketed a hefty £6,500 cheque in Milton Keynes.

The current world number 13 recorded multiple averages in excess of the 107 mark, in preparation for making his second successive World Matchplay semi-final two weeks in advance.

Durrant ousted the reigning world champion once again at the sport’s second most prestigious ranking tournament, before unfortunately being denied in the last four by eventual champion Dimitri Van den Bergh.

Durrant faces a tough climax to the first phase of the Premier League season, with his remaining fixtures consisting of three world champions in Peter Wright, Michael van Gerwen and Rob Cross.

The 49-year-old’s clash against van Gerwen could prove pivotal in the race to top the table, with the world number one being his closest rival in terms of the current standings.

Durrant has never been beaten by van Gerwen since joining the professional ranks, while he has completed televised victories over both Wright and Cross in recent times.

Durrant will be brimming with confidence ahead of the restart and will definitely fancy his chances of making the Play-Offs or even becoming the fourth debutant to claim the spoils.

Only Taylor, Anderson and van Gerwen have lifted the prestigious triangular trophy on debut since the Premier League’s inception, with the Middlesbrough man potentially finding himself within elite company.

Handfuls doubted the inclusion of Durrant prior to the season commencing, though, those select few have been rightfully silenced as the nine-time major champion continues to progress.