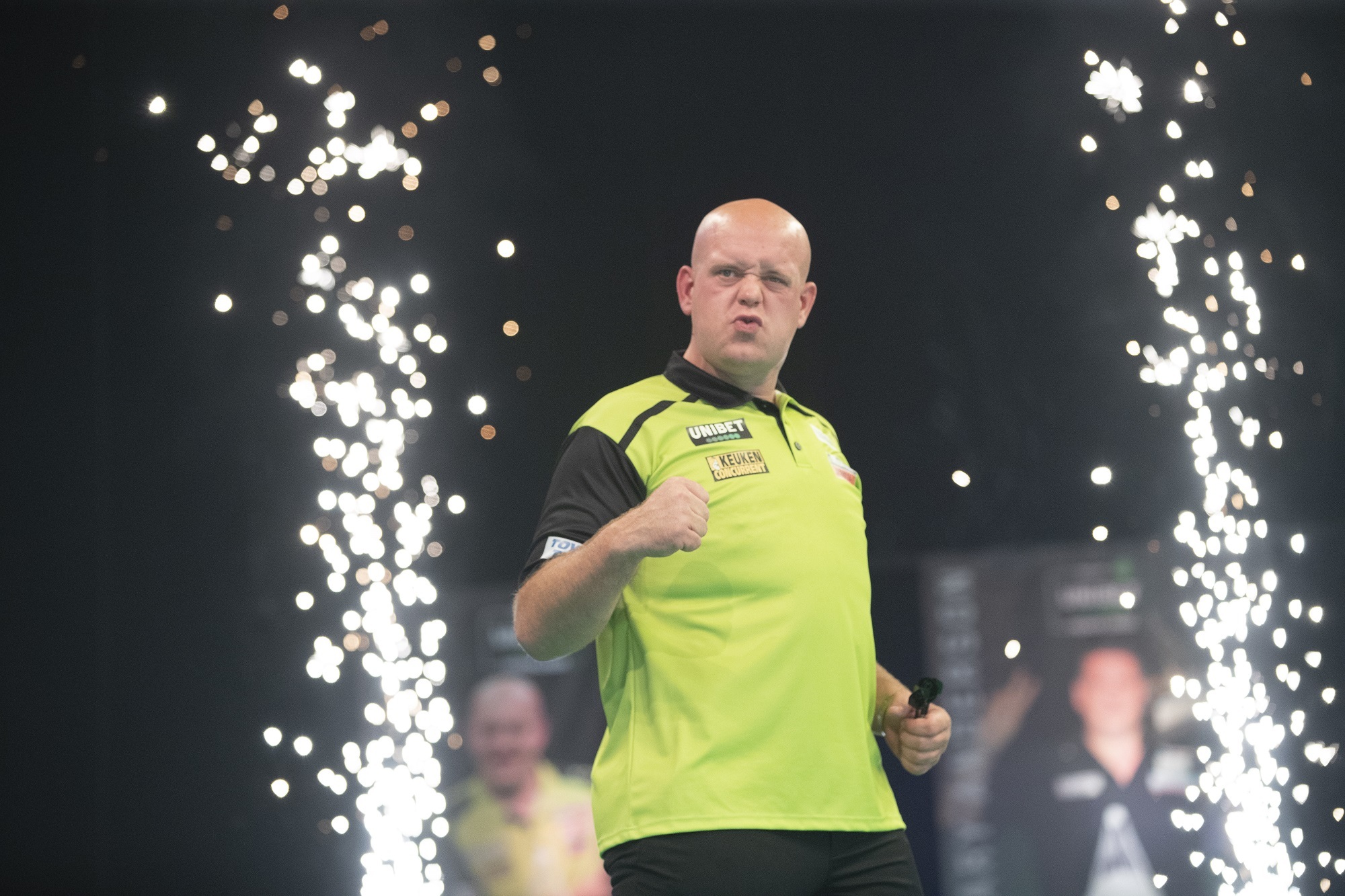 Michael van Gerwen and Gary Anderson both came from 4-1 down to register crucial wins in the Premier League as the second stage of the competition got underway in Milton Keynes.

World number one Van Gerwen had lost two on the bounce and was in danger of missing out on the playoffs, let alone regaining his 100% record of finishing top at the end of the league phase.

However, after a very poor start to his match with Nathan Aspinall, the Dutchman found some form to go back up to 2nd, albeit four points behind runaway leader Glen Durrant, who won for a third night in a row and extended his unbeaten run to six.

The three-time Lakeside champion did so in pretty comfortable fashion against Gerwyn Price. A dodgy first couple of legs were quickly put to bed by a swift increase in standard from both players, culminating in a 13-darter from Durrant to hand him a 5-3 lead.

A 140 finish from the Welshman kept him in it, but it wasn’t enough as ‘Duzza’ won the next two legs to run out an 8-4 winner.

Peter Wright has produced some excellent displays this week, and started off in the same fashion against Gary Anderson. He was averaging around the 110 mark after the first five legs, leading 4-1.

Despite a 12-darter finished on 127 to take a 5-2 advantage, ‘The Flying Scotsman’ was unfazed and picked out an 11-darter to lead for the first time at 6-5. That seemed to knock the stuffing out of Wright as the two-time World Champion claimed an 8-5 victory to go level on points with his countryman.

It was a similar pattern in the next match as former UK Open champion Aspinall established a 4-1 advantage against Van Gerwen despite playing nowhere near his best. Unpredictably, double 14 was the saviour for the five-time champion as it won him the next two legs.

That helped him surge ahead, with the edge at 5-4. ‘The Asp’ didn’t give in and took it to the final leg, but couldn’t check out 81 on the bull, allowing MVG to wrap up an 8-6 win.

Night 10 of the Premier League concluded with a typical Michael Smith performance in this year’s event, hitting 180s for fun but failing to hit doubles at over 40%.

It didn’t cost him though as Daryl Gurney wasn’t at the races and could only manage three legs despite taking an early 2-1 lead.

That takes ‘Bullyboy’ up to 5th, one point outside the playoffs, while the Northern Irishman’s faint top four hopes are in danger of being over before the second phase has even got going.

There are four more games on Saturday night as Smith and Aspinall meet with the winner likely to end the night in the top four and Durrant looks for another win against Anderson.