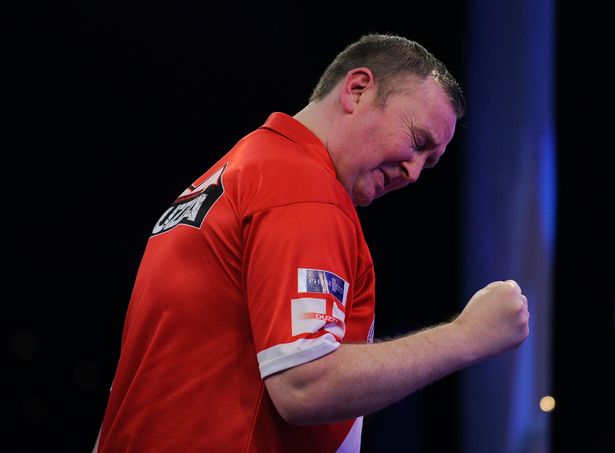 The Unibet Premier League bandwagon rolls into The SSE Arena in Glasgow on Thursday night, with an eagerly expected guest appearance from three time, and reigning BDO World Champion, Glen Durrant, one of the highlights. Here I preview the night’s entertainment.

World number two Peter Wright has had a patchy start to 2019, while tinkering regularly with his playing equipment. A semi-final at The Masters, and a week one draw with Rob Cross in the Premier League were decent enough results, and he reached a semi-final at Players Championship event one last weekend. Glen Durrant ended his PC2 at the last 64 stage.

“Bully Boy” Michael Smith is still easing into the season, after his heroic exploits in finishing runner up in the 2019 World Championship. He lost out to Michael van Gerwen in week one in an entertaining tussle, and had a quarter final and a first round exit in Wigan in the two Players Championship events.

I feel Smith has the power scoring game to pile pressure on Wright, and expect him to silence the home crowd with victory.

Two men in decent form meet in match two. Cross played out an entertaining 6-6 draw with Peter Wright in week one, and made a last 64 and last 16 of the two tour events last weekend.

James Wade has enjoyed a resurgence of late, and has continued this into 2019, with a run to the final of The Masters, a 7-4 win over Raymond van Barneveld in Newcastle in the Premier League, and had a solid showing in Wigan, reaching a last 32 and a quarter final.

Cross is coming into a bit more form, and his darts are flying much better than they were at the back end of 2018, and I believe he can beat Wade in a last leg decider.

A Valentine’s Day assignment for Raymond van Barneveld should provide plenty of love from his adoring Scottish fans. He’ll need all of their fervent support as he attempts to secure a first win of the 2019 campaign, and a much needed confidence boost. In week 1, the Dutchman started off well enough against James Wade, but ran out of steam, succumbing to a 7-4 defeat. He didn’t fare too well at the first Players Championship events of 2019 last weekend, with a round two exit at the hands of Ryan Searle in event 1, followed by a 6-2 drubbing at the hands of Steve West in event 2.

Price started his second Premier league campaign with a fine 7-4 win against Daryl Gurney, claiming his first win in the competition with a strong 104.11 average. He did have back to back second round exits last weekend in Wigan, but the big stage is a completely different beast, and he will look to maintain his bright start.

There has been a heavy weight on Glen Durrant’s shoulders since he announced his intention to go to Q School to attempt to gain a two year PDC Tour Card.

In the end, he had to slog for the full four days, and finally qualified through the ranking system to gain his status within the PDC. He has made an immediate breakthrough in just his first month on the tour. At PC1 in Wigan last weekend, Durrant made a first round exit at the hands of Alan Tabern. He silenced the doubters the very next day with a fine run to the final, accounting for Peter Wright, Robert Thornton, John Henderson and Joe Cullen along the way. He agonisingly lost out 8-7 to Dave Chisnall in the final, but will gain much confidence at such early success.

Gurney has been indifferent since winning the Players Championship Finals in Minehead at the back end of 2018. A poor showing at the World Championship and Masters were backed up by a defeat at the hands of Gerwyn Price on week one of the Premier League. He rebounded at PC’s 1 and 2 with back to back last 32 exits.

Durrant will be eager to impress in front of a massive crowd which could help or hinder his cause. This could well be the match of the night as the two are evenly matched. I think Durrant could open up a gap in the back end of the game, but I think Gurney will be able to scramble for a point.

The final match of the night sees the reigning World Champion in action. The MVG juggernaut carried on from his Masters win in Milton Keynes, with a week one win over Michael Smith. He then won Players Championship 1, but was stunned by Jonny Clayton in the quarter finals of PC2, despite hitting a 9 darter along the way.

Suljovic was the only man in the Premier League field not to play in Wigan last weekend. He opened his campaign against contender Chris Dobey in Newcastle. Dobey started well, and established a 5-1 lead that was fully merited. The Austrian was not to be denied though, and clawed his way back to earn a share of the spoils.

I don’t think Mensur will have enough in the locker to trouble MVG, and the Dutchman should power score, and soundly double his way to a win.

Prediction: a comfortable 7-3 win for the Green Machine