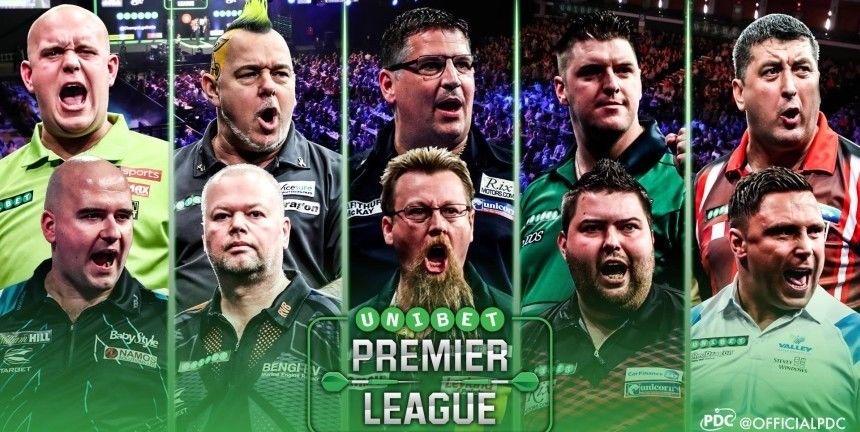 So what did we learn from watching the Prem this week?

Well, most things we already knew. First up, Michael van Gerwen is really rather good, if that’s not putting it too mildly.

Granted, MVG is not invincible, and even when winning he loses legs along the way. Smithy started this game well, and to begin with it seemed that Mighty Mike could have a hard night of it, even if he did win, but after the first few legs, van Gerwen just found another gear and with him playing that well, there are few who can get close.

The standards he sets himself are really what is taking darts to a new level, because to compete with somebody so far in front, the other players have to raise their own game.

It is evident that people see MVG as a genius, every leg which opens with a maximum, even with the first two in the 60, and the crowd start to think ‘nine-darter’. Other players don’t get this so soon, for most of them the first five or six have to land first.

Anybody who beats him has to have played well, but in truth, with only very occasional exceptions, if he loses, he has not been playing to his maximum ability.

Michael Smith had chances in this game. Not to win it, oh no, but to leave the stage having pushed his opponent a bit harder. He didn’t take them, and the records will show he was comprehensively beaten. Perhaps this is a pity, Bully Boy has been in great form this year and worth better than a 2-7, and the crowds will want to see him come back stronger from this.

Luckily for him, he doesn’t have to play the World No 1 every week, because at the moment, Smith is one of the Top 4, on form.

Meanwhile, the Price was definitely not right in the last game. Gerwyn didn’t play all that badly, certainly not like a guy who claims not to care. He seemed to be trying his best, he was OK, and his disappointment at some misses and his reaction to his higher scores was like the Iceman of last season.

However, his interaction with an already partisan crowd made him look foolish, in many people’s eyes, and things just got worse for him. It will be difficult, although not impossible, for him to win many fans back, and this is assuming he even wants to.

I really hope he turns it round, he is a nicer guy and a better player than people are getting chance to see at the moment, and he only has himself to blame for both. For the lowest ranked player, being bottom of the Premier League is probably to be expected – just got to grind out some results and build on that.

Rob Cross however was his usual business-like self, getting on with the job he came to do! Although the crowd were on his side, I don’t think it made any difference to the World Champion and he won easily by being the better player. It remains to be seen how well he can do over the course of the whole tournament, but he is clearly on track for the final stages.

The big game was in some ways Wright vs RVB. Yes, there was less riding on it in terms of top placings etc, but for these two giants of the game, 2018 has not seen them at their best consistently enough and it remained to be seen which of the two would respond better to the challenge.

Nobody reading this needs to be told that Wright suffered another heavy defeat and nobody needs to be told that something is just not quite right. His body language said a lot, he is not enjoying his darts and I don’t think even he knows the reason why. I won’t go over all this again. Suffice to say that even people who are not expressly Snakebite supporters are uncomfortable watching the mighty falling. He can play better, and will play better, by now sadly too late to go one better in the Prem than last year, but for the rest of the season, I am sure Uncle Peter will get himself back on track.

The most popular moment of the night was Gary Anderson’s smooth win over Simon Whitlock, the latter actually playing very well but it was Gary who did the things which matter when they matter. I would also hint that this result marks a turning point in each player’s respective Premier League campaign, as I can’t see Gary Anderson finishing outside the Top 4 and can’t see Whitlock hanging on in it.

And finally, Gurney Suljovic was uneventful when compared with the main events of the night, but Superchin landed some good scores and could climb the table if he plays like this, while Mensur is depending more on picking up points in games against lower ranked players to stay in the Premier League. Should he do this, there will be few players made more welcome than last year’s Champions League winner.