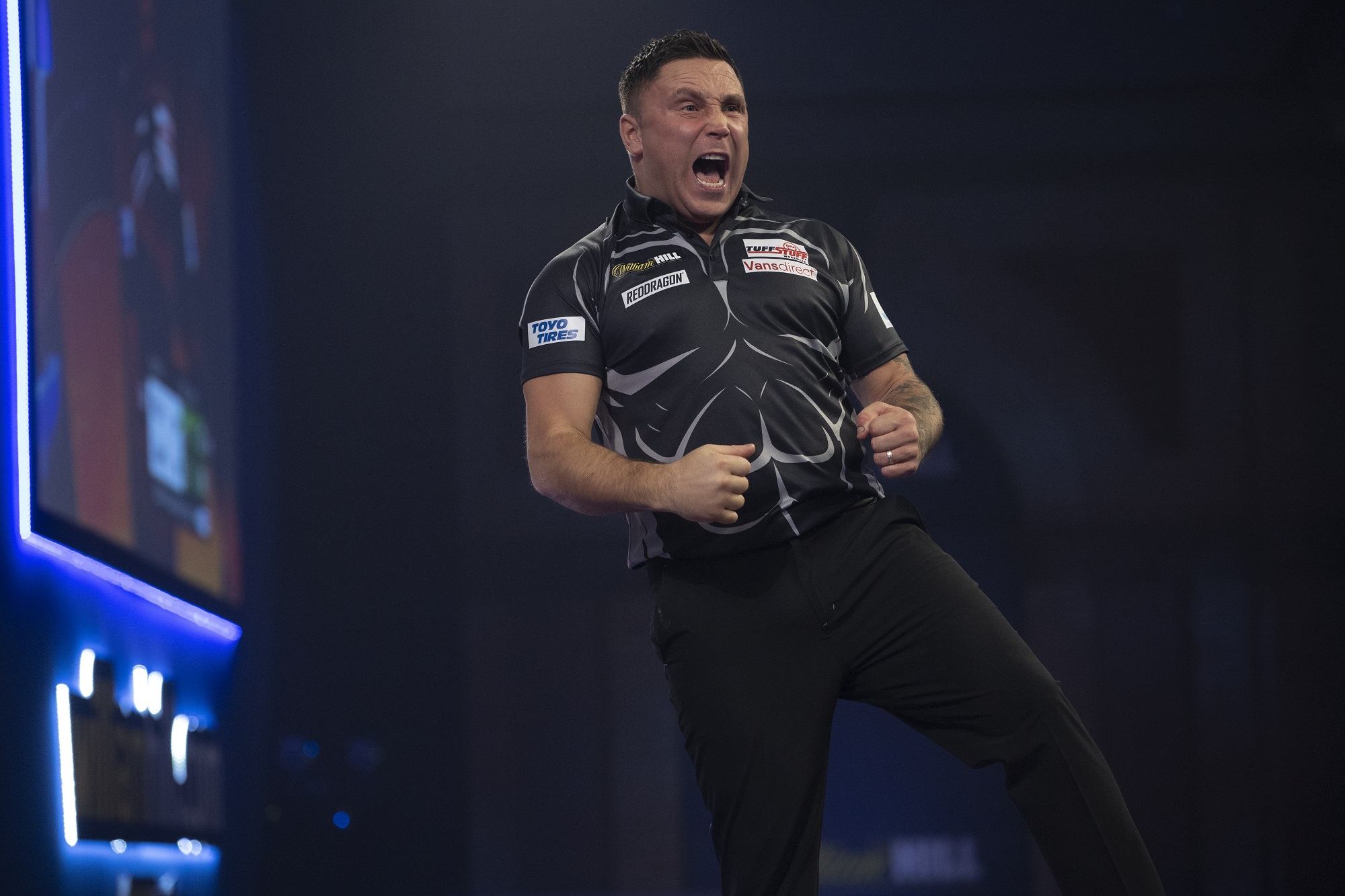 Gerwyn Price and Gary Anderson enjoyed convincing victories on Thursday as the World Darts Championship fourth round reached its conclusion.

There were yet more tight matches as the quarter-finals lineup of the World Championship was completed at London’s Alexandra Palace.

Day 13 saw the final day of darting action before the turn of the year, and it began with Northern Irishman Gurney reaching the quarter-finals with a hard-fought win over Vincent van der Voort.

Gurney took the first set without much resistance, a 125 finish the highlight. The Dutchman missed three darts at a double for the second set, and Gurney missed two, before Vincent took out double ten to level.

Gurney wired double 12 for a nine-darter to open set three, and he took it 3-1 on tops. ‘Superchin’ extended his lead by taking out 120 to take the fourth set.

‘The Dutch Destroyer’ wasn’t done though, taking set six in just 41 darts, and saw Gurney miss six match darts in a row, before he missed a dart at the bullseye to level. In stepped Gurney to take the match on double 16.

Bunting took the first set despite six missed darts at doubles, and 110 and 81 finishes saw ‘The Bullet’ edge the second to double his advantage.

Searle roared back into contention though, pouncing on Bunting missing seven darts to win the third set to take it himself, and the Somerset thrower quickly levelled.

Bunting kicked off the fifth set with an 11-darter and won it without reply, but Searle wasn’t done and 12, 15 and 13-dart winning legs sealed the sixth set to level the tie.

Combination checkouts of 145 and 90 looked to have won it for Searle, but Bunting clicked into another gear, with an 11-darter kick starting his comeback, and a 107 finish followed by a 13-dart leg winning him a classic contest.

Two-time champion Anderson shook off the controversy of his match with Mensur Suljovic to produce a commanding performance in whitewashing Devon Petersen.

Anderson also came from two legs down to take a 3-0 lead, and ‘The Flying Scotsman’ made it six legs on the spin as he impressively booked his place in the quarter-finals.

The Scotsman will face Dutchman Dirk van Duijvenbode – who edged past reigning Premier League champion Glen Durrant in yet another last leg shootout.

Despite averaging over ten points lower than his opponent, Durrant took the first two sets, punishing several doubling errors from his Dutch counterpart before van Duijvenbode took set three in an assured display.

A 129 finish with two double 18s kick-started the fourth set for the Dutchman, but Durrant is often an immovable object, and he moved 3-1 up as he again punished Van Duijvenbode’s sloppy doubling.

Van Duijvenbode came back to life with a 92 finish, again with two double 18s to take the fifth set. A 170 checkout, with Durrant sitting on a double, broke the Premier League champion’s throw in the third leg of the sixth set, before he duly pinned double 16 to take the match to a decider.

The two exchanged breaks before Van Duijvenbode went one away from the match with a hold of throw. Durrant nervelessly held with a 68 finish to take it to the final leg, but it was the aubergine farmer that pinned double six to move into the last eight.

Afterwards, former semi-finalist and second favourite Price repelled the challenge of the in-form Mervyn King to safely move in to the quarter-finals.

Price kicked off with a whitewash set, with a 148 finish clinching it, but King swiftly equalised despite a 115 finish from the Welshman.

The Welshman regained the lead with a controlled third set, and a 93 finish with his last dart in hand sealed a 3-1 lead in a deciding leg.

A stunning 116 finish moved ‘The Iceman’ within a leg of victory, and he subsequently punished missed King doubles to confirm he will take part in the New Year festivities.

In the final match of the year, Chisnall defeated Dimitri Van den Bergh in a high-quality contest as the St Helens man sealed his third quarter-final appearance.

Chisnall punished multiple missed doubles by Van den Bergh and took out 144 to take the set. A 106 finish from ‘Chizzy’ broke throw in the second set, and he nailed double eight to extend his lead.

‘The Dream maker’ took set four without reply, and a 121 checkout broke in the first leg of set four, which again Van den Bergh won to reduce his arrears.

A raft of missed doubles saw Chisnall break in the first leg of the sixth set, but back came Van den Bergh with an 88 outshot to return the favour. Nerves kicked in though, with both missing doubles, but Chisnall pinned a match winning 102 checkout to advance.