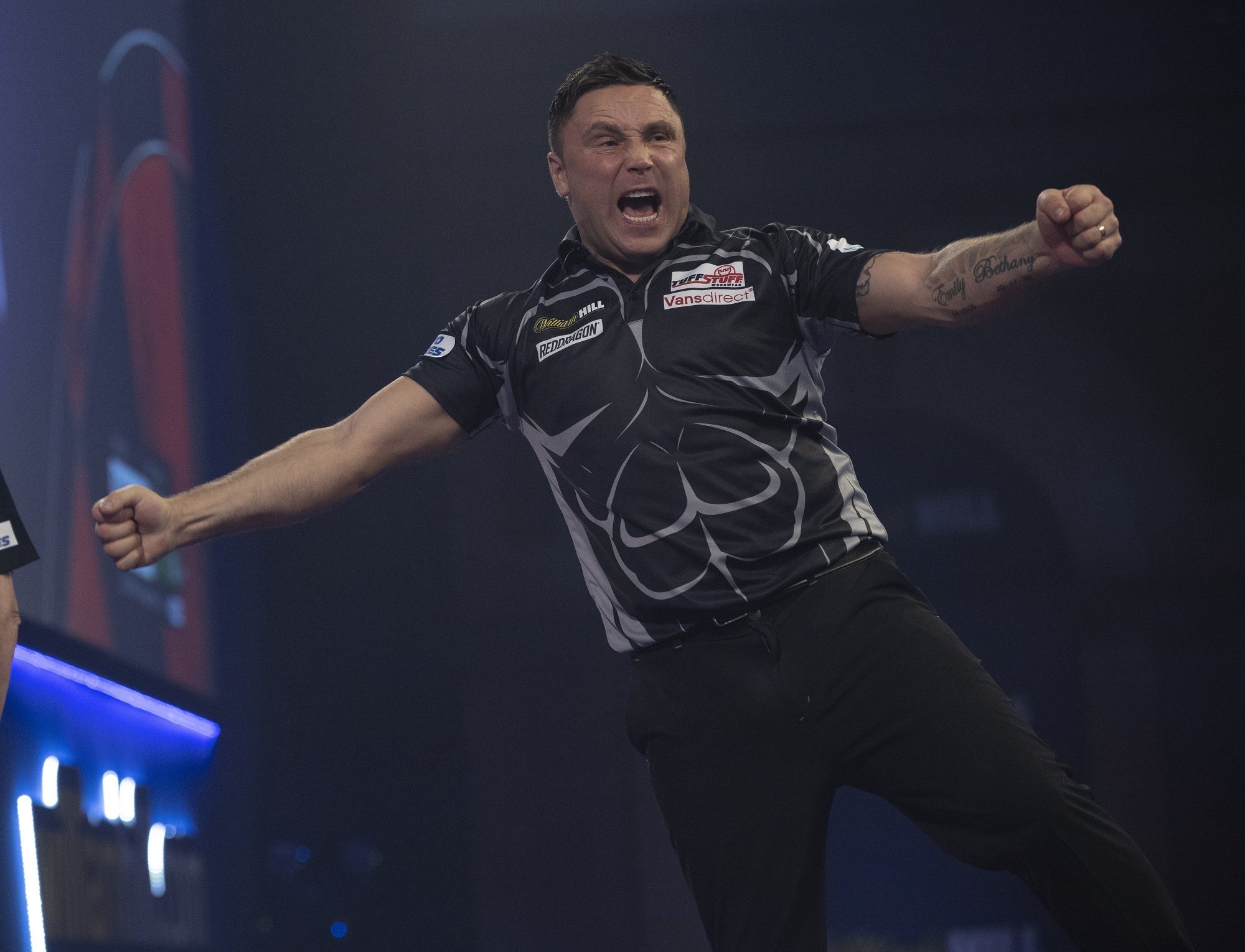 Gerwyn Price and Gary Anderson will meet in the 2021 World Darts Championship final after beating Stephen Bunting and Dave Chisnall respectively in the semi-finals.

Price and Bunting produced an astonishing 13 ton-plus checkouts between them in a thrilling contest, which ‘The Iceman’ came from 3-1 down to win 6-4 and become the first Welsh player to reach a PDC world final.

The finishing wasn’t quite of the same standard in the second semi-final, but Anderson still managed a 100 average in his 6-3 victory over Chisnall, which was sealed by back-to-back whitewash sets.

Sunday evening’s final will see ‘The Flying Scotsman’ go for a third world title, while Price will be aiming for a repeat of his 2018 Grand Slam of Darts final success over Anderson, a win which would take him to world number one.

After winning a first set which saw a trio of three-figure outshots, World Cup winner Price took out 140 to establish a 2-0 lead in set two. However, Bunting came back firing with three straight legs to level up.

The Merseyside thrower, in his first PDC World Championship semi-final, produced two 12-darters on the way to winning set three and a 2-1 advantage despite very few mistakes from the Welshman.

‘The Bullet’ kicked off set four with a 136 checkout, and wrapped it up 3-1 to have Price in real trouble and move halfway to finishing a rollercoaster season by competing in darts’ biggest match.

Price fought back, winning the next two sets as Bunting level’s dropped slightly, and the World Grand Prix champion led 2-0 in set seven, but finishes of 148 and 118 from Bunting saw him steal back the lead at 4-3.

The Welshman scored relentlessly throughout the match, and that helped him to consecutive 12-darters to restore parity at four apiece. He went six darts into the perfect leg in the third leg of the ninth set, which enabled him to re-take the lead courtesy of a whitewash set.

Former BDO World Champion Bunting won the first set of set ten, but Price reeled off three straight from there to complete an impressive come-from-behind victory and banish the memories of his disappointing semi-final defeat to Peter Wright last year.

The second semi-final began with two five-leg sets exchanged by Chisnall and Anderson, before a clean 84 checkout enabled the Scotsman to lead 2-1.

‘Chizzy’ couldn’t produce the standard that saw him whitewash Michael van Gerwen in the quarter-finals, and as a result, Anderson won set four 3-1 to make it the same scoreline in sets.

Morecambe-based Chisnall fought back admirably, leading twice in set six as he looked to level, but he inexplicably bust 84 and allowed the two-time champion to establish some breathing space once more.

A more solid set from the five-time major finalist cut the gap to one again, but Anderson stepped it up a notch in the last two sets, winning six consecutive legs to win the match 6-3 with an average of 100.03.

An almost unpredictable final awaits at the end of a thrilling tournament, and it’s a game that will either crown the first new world number one for seven years or a third world title for one of the true legends of the sport.