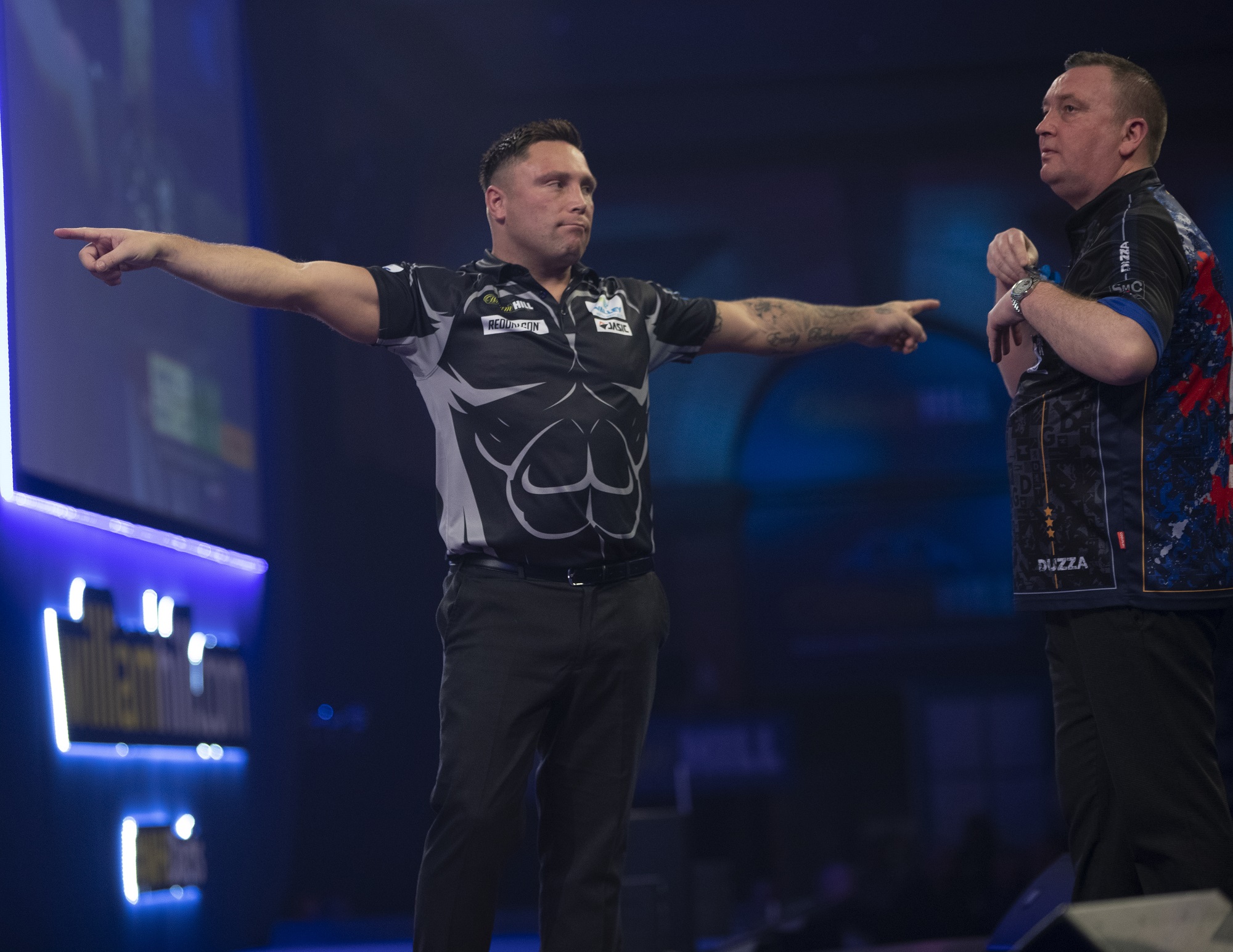 Gerwyn Price was in no mood for sentiment at the William Hill World Championship, as he ended Glen Durrant’s long unbeaten run spanning over three years to reach the semi finals.

“Duzza” hadn’t been beaten in a World Championship match since January 2016, but the Welshman was in ruthless mood in a 5-1 victory.

An average of just under 100, coupled with eight maximums saw Price reach the last fourth for the first time in his career. Price defied checkouts of 105 and 126 from Durrant to take the opening set, and doubled his lead with a 3-1 success in the second. The Teessider doggedly hit back in set three with a 136 finish halving his arrears.

That was as good as it got though, as Price was rarely troubled on his way to three straight sets to clinch the match.

There, Price will meet Peter Wright, who fended off a spirited fightback from Luke Humphries in a high quality 5-3 win.

Both men averaged well over 100, with Wright notching 170 and 161 finishes on the way to a 4-1 lead. Newbury based Humphries did stage a late rally, but Wright booked his semi final spot with double 2 to book a repeat of the 2019 Grand Slam final with Price.

Michael van Gerwen remains firm tournament favourite, but went through the motions in a tougher than expected 5-2 win over surprise package Darius Labanauskas.

The Lithuanian took the first set with an 80 finish, and could have doubled his lead, but a missed dart at bullseye proved fatal as the Dutchman levelled. MVG then ran riot in a bizarre third set, winning all three legs despite a pause in play while his opponent’s cut finger, caused by catching his own dart, was treated by match referee George Noble.

134,84 and 72 finishes saw van Gerwen move 3-1 in front, but he was pegged back by “Lucky D” who nailed double 10 to move within a set. Three straight legs restored van Gerwen’s two set lead, and the seventh set went to a deciding leg, with Labanauskas unable to convert six darts at double to continue the contest. It was left to van Gerwen to convert double four as the three time WOrld Champion advanced.

The final semi finalist is Nathan Aspinall, who made it back to back last four appearances with a 5-3 win against Dimitri Van den Bergh.

The Belgian took the opening set to nil, but Aspinall then reeled off the next four sets. It looked to be an early day for the UK Open Champion, but Van den Bergh won the sixth set in a decider, and then took the seventh too, aided by finishes of 80 and 70.

“The Asp” was 2-0 down in set eight, but roared back with a hat trick of 13 darters to book a clash with van Gerwen on Monday night.