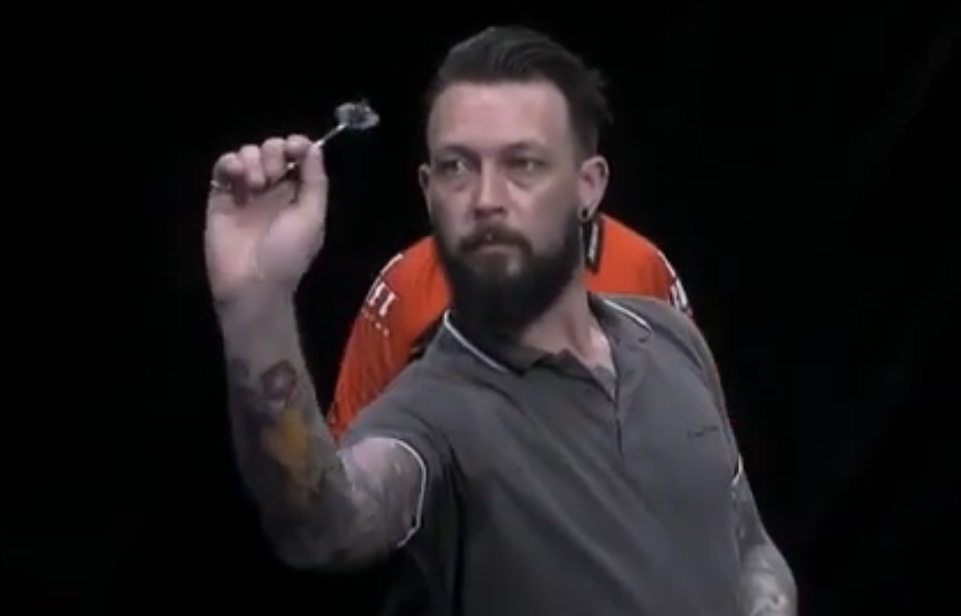 Prison officer Aaron Beeney was visibly ecstatic after claiming his maiden victory within the professional echelons of the sport.

Beeney, who secured his PDC tour card in January in fairytale fashion, endured a 15-match losing streak in the initial stages of his professional career before tasting success for the first time on Friday afternoon.

Beeney registered two maximums and a mesmerising 145 checkout as he battled back from 3-1 behind to defeat the former Grand Slam of Darts champion in a deciding leg.

Despite subsequently being brushed aside by eventual finalist Jose de Sousa, Friday afternoon marked a significant step in the career of the 36-year-old from London.

“I’m absolutely buzzing,” Beeney told the PDC’s Josh Phillips. “It weren’t my best game, I played better the last two days, but Scott Waites is a former world champion. It was hard going, but it made it all the better.

“In my whole life, I’ve got three caps for county, I’ve done three years of superleague and I’ve probably only played five open tournaments ever.

“This year has been massive for me. It was my second time at Q School, and to win a tour card, I wasn’t expecting it.

“I’ve not got the pedigree of anyone here, I’m the newbie, I’m starting from the bottom and my first win, it feels amazing.

“The lockdown kind of helped me, I’ve come back and the last two days I’ve hit my two highest PDC averages.

“They’re nothing phenomenal, it’s not like I’m up there with the top 16 guys, but I’m starting to treat it like a professional thing rather than just being a pub player.”

Many onlookers have cherished the story of Beeney and his maiden professional victory was greeted with masses of congratulatory messages on social media.

In a later interview with the Weekly Dartscast, Beeney added: “My phone blew up immediately with messages across multiple platforms, Twitter especially has gone crazy.

“I’ve seen some of it and I legitimately have no idea how I’ve kind of inherited this fanbase out of nowhere – it’s amazing.”