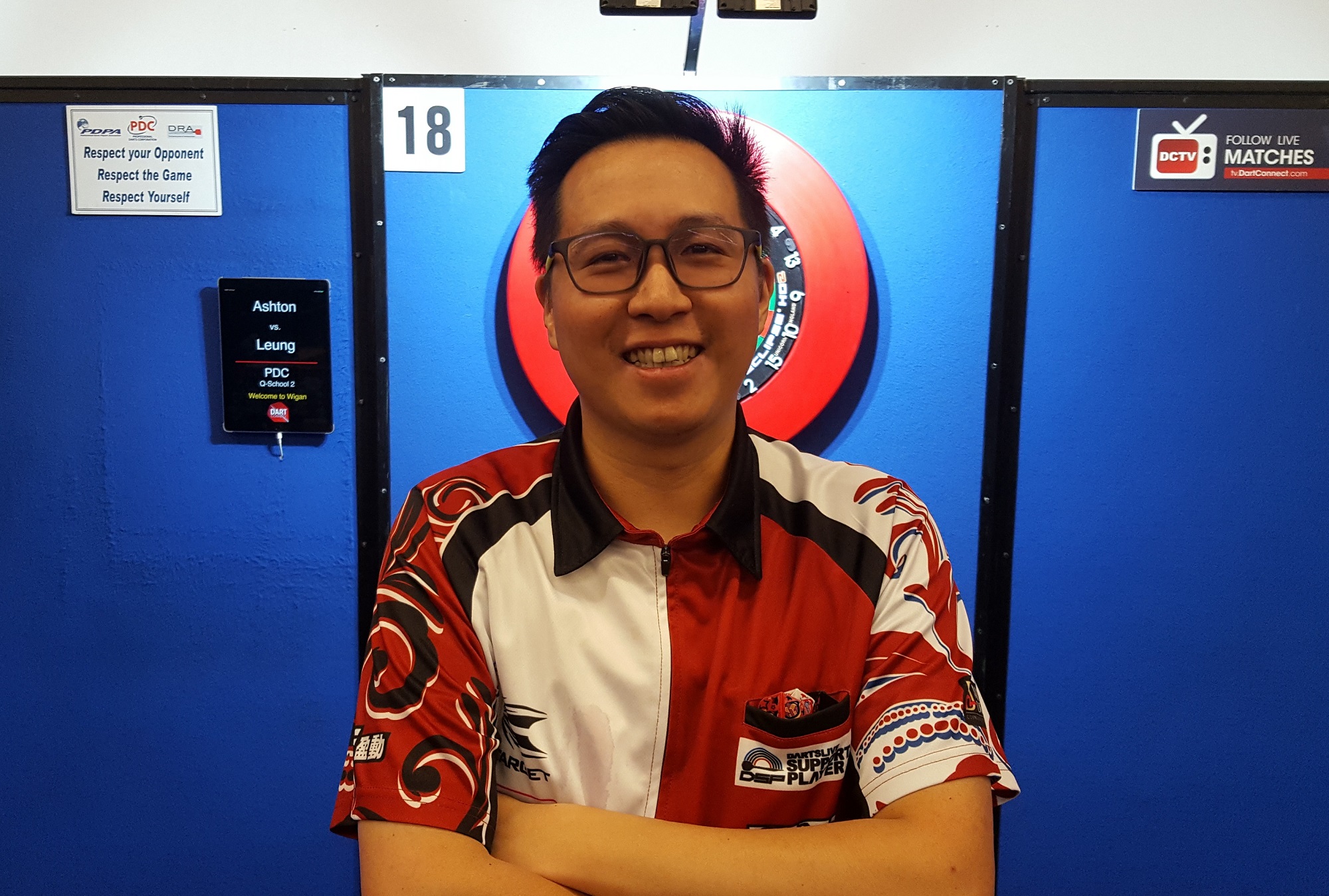 Leung became the third Asian thrower to earn their place amongst the world’s elite, denying four-time women’s world champion Ashton, whilst pinning a scintillating 14-darter in the decider to seal the deal.

The former Hong Kong Open champion began his victorious campaign in dominant style, dropping just four legs in as many matches, before coming from behind to eventually defeat Cameron Menzies.

Leung, who pinned two 105-plus averages during Thursday’s action, clocked yet another blistering display in thrashing Adam Hunt, prior to edging past Dave Prins 5-4 and denying Ashton by the same scoreline.

The 35-year-old follows in the footsteps of his countryman Royden Lam – who has previously won through Qualifying School on two occasions, and will return to the UK Open in March as a result of reigning supreme in Wigan.

As for Ashton, she now stands in good stead of winning a PDC tour card through the respective Order of Merit, just a year after failing within one win of success.

Brooks’ professional status was scuppered from him in the closing few months of last year as he failed to finish within the PDC top 64 after holding a tour card for a two-year period.

The Blackburn youngster continued his fond memories of Q School, having won through on debut two years ago.

He brushed the field aside with relative ease leading up to the last 16, amid a resurgent display against Damien O’Driscoll in which he battled back from two legs behind.

The former JDC Junior European Open champion was then on the end of a missed nine-darter attempt from Ireland’s Niall Culleton, though, progressed before needing to reel off four successive legs to edge out Michael Flynn and overcoming Australia’s Heta in the decider.

De Decker, who had previously held a PDC tour card throughout both 2016 and 2017, announced his return with nine victories on Friday afternoon in Germany.

‘The Real Deal’ breezed into the fifth round, dropping just five legs in as many matches, before averaging 95 in defeating Thursday’s finalist Martijn Kleermaker.

Belgium’s 24-year-old then denied the valiant Dutch duo, Kevin Doets and two-time BDO World Youth champion Justin van Tergouw, to move within one win of jubilation, before ousting a below-par Nilsson in the final.

Elsewhere, France’s Thibault Tricole and the Czech Republic’s Karel Sedlacek remain in good stead of becoming the first from their country to win a designated tour card, after the pair both embarked on runs to the fifth round.

Ryan Murray and Steve Brown stand comfortably at the utter end of the UK Q School Order of Merit, having persistently performed to the needed standard thus far in Wigan.

Despite his fellow PDC Asian Tour star reigning victorious on Friday in Wigan, the Q School debut woes continued for Seigo Asada as he endured yet another early exit.

The five-time Japan Open champion was this time around ousted by Michael Harrison, having squandered multiple opportunities on the outer ring.

Another gruelling and intense day awaits for some on Saturday as the action continues to play out at the Robin Park Tennis Centre and Halle 39 in Germany.