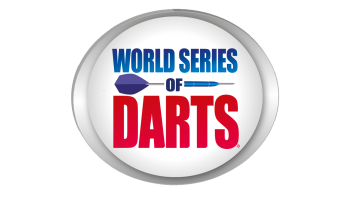 After an intense qualification tournament, the final four qualifiers for the World Series of Darts Finals are now known.

Krzysztof Ratajski, Ricky Evans, Wayne Jones and Jonny Clayton are the men taking their place in Amsterdam on the weekend of 1-3 after coming through the field at the Metrodome in Barnsley.

Ratajski demolished Glen Durrant 6-0 to book his place in Holland, while also defeating Michael Barnard 6-1 with a 107.8 average, and James Richardson 6-3 on the day.

Evans returned to form after an alarming slump in the last few months with wins against Harry Ward and Kim Huybrechts, before seeing off Rowby-John Rodriguez 6-5 to qualify.

Wolverhampton’s Wayne Jones booked a spot at the event by defeating Josh Payne and Madars Razma, and then accounted for Adrian Lewis with a 6-2, before Alan Norris was denied a welcome TV tournament appearance, with “The Wanderer” edging a decider, 6-5.

Clayton was the last man to make it, surviving deciding leg shootouts against Ryan Searle and Ron Meulenkamp, in between beating Matt Clark 6-2. A 6-3 win against Ronny Huybrechts secured the ferret’s safe passage.