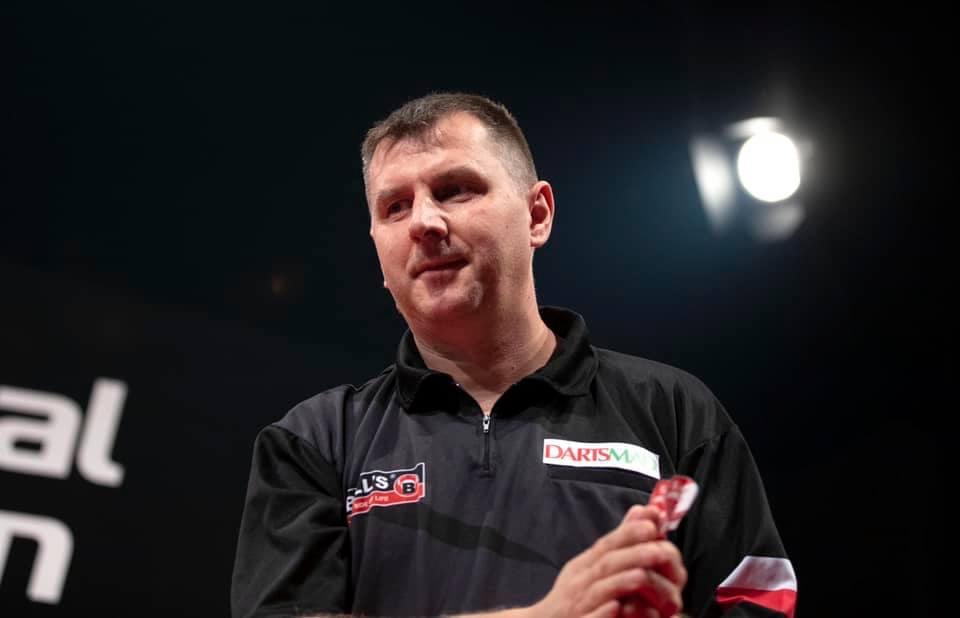 Krzysztof Ratajski came through a thrilling battle with German qualifier Franz Roetzsch as the third round of the International Darts Open took place in Riesa.

Ratajski, the reigning Gibraltar Darts Trophy champion, was on the receiving end of three ton-plus checkouts in the early exchanges but survived an early onslaught to progress.

Roetzsch, who was making just his second European Tour appearance, converted mesmerising checkouts of 121, 127 and 170 to lead 3-2 against the fourth seed.

Missed doubles creeped into both player’s proficient games, with a composed 13-darter in the deciding leg from Ratajski narrowly sealing his place in the quarter-finals.

‘The Polish Eagle’ lifted his maiden European Tour title at last year’s season-ending tournament, and he will be hoping for the same outcome on Sunday evening in Germany.

Michael van Gerwen survived both a huge scare and a match dart on the bullseye against Andy Hamilton in a lacklustre affair in Sunday afternoon’s opener.

The world number one recorded an average below the 90 mark for a second successive match, and missed 15 darts on the outer ring in an unusual display.

Van Gerwen will take on James Wade in the quarter-finals after the multiple-time major champion comfortably defeated an out-of-sorts Nathan Aspinall.

Wade converted six combination checkouts to hand the recent Premier League champion a 6-2 loss, including an impressive 170 checkout in the opening exchanges.

Mensur Suljovic landed his second victory over Jamie Hughes in as many tournaments, beating the Czech Darts Open champion with three maximums and a 97.57 average.

Hughes executed a mesmerising 142 checkout in the second leg to level up at one apiece, but it was plain-sailing for the enthusiastic Austrian from there as he reeled off five of the next six legs to prevail.

Ross Smith booked his place at the upcoming European Championship as he reached the quarter-final stage of a European Tour event for the first time in his career.

The Kent-based ace will take on Joe Cullen in the last eight after the reigning European Darts Matchplay champion saw off a mediocre Dave Chisnall.

Chisnall registered an average of just 82.42 in an emphatic 6-1 defeat at the hands of Cullen, with both players performing far from their usual brilliant best.

Michael Smith will lock horns with Danny Noppert in an enticing quarter-final encounter, with both players aiming to reach their second European Tour semi-final of the year.

Sunday evening will see the quarter-finals, semi-finals and final contested, with the fourth different winner on this year’s truncated European Tour being crowned.