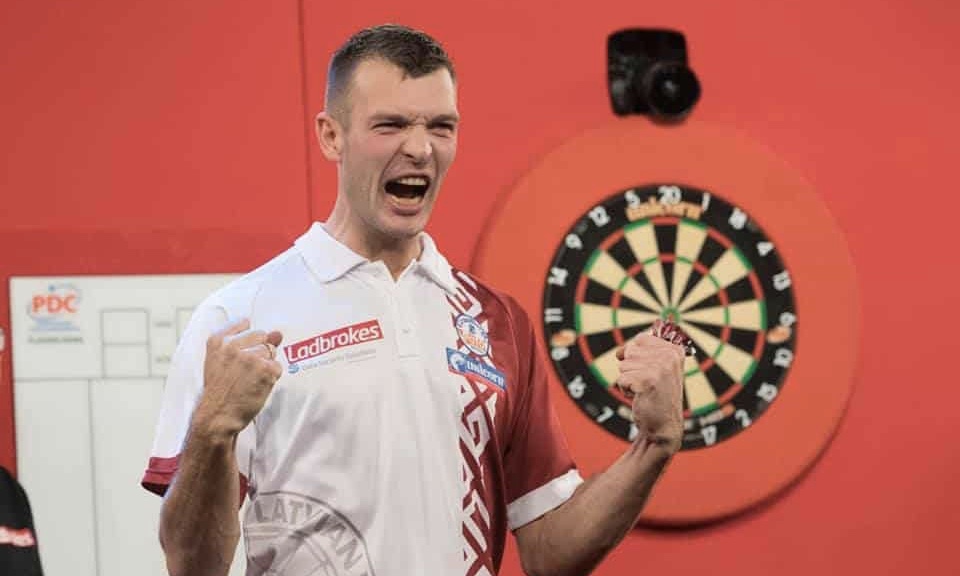 Razma lifted his third title just weeks ago in Sweden, as he whitewashed Finland’s Ulf Ceder in the final, and followed that up with a sensational showing across the day in Denmark.

The Latvian number one, who reached a Players Championship final at the backend of last year, dropped just two legs in reaching the last four, as he emphatically saw off Mika Wennersten, Mats Andersson and Andreas Harrysson.

Razma produced his best performance of the tournament at the semi-final stage, in denying Finland’s number one, Marko Kantele, with a 99 average to reach the final.

The 30-year-old, five-time Latvia National Championships winner, eased to victory in Denmark with a 6-1 thrashing of Lithuania’s Darius Labanauskas. Razma led for the duration of the tie, averaged 92, held a 46% checkout rate, and nailed a 110 outshot during a vigorous performance.

Despite Labanauskas enduring defeat in the final, it was a decent day for the Lithuanian tour card holder. He saw off home favourite Per Laursen, Johan Engstrom and Dennis Nilsson, as well as his compatriot Mindaugas Barauskas, who squandered match darts to dump out ‘Lucky D’ at the third hurdle.

Elsewhere, Kim Viljanen, Daniel Larsson and Ulf Ceder all exited at the last 16 stage of proceedings, while Icelandic hopefuls, Petur Gudmondsson, Matias Fridriksson and Vitor Charrua all failed to get past the first round, as did Cor Dekker and Pauli Finnila.

The PDC Nordic and Baltic ProTour action will resume on Sunday in Denmark, with another champion being crowned in the Scandinavian region.