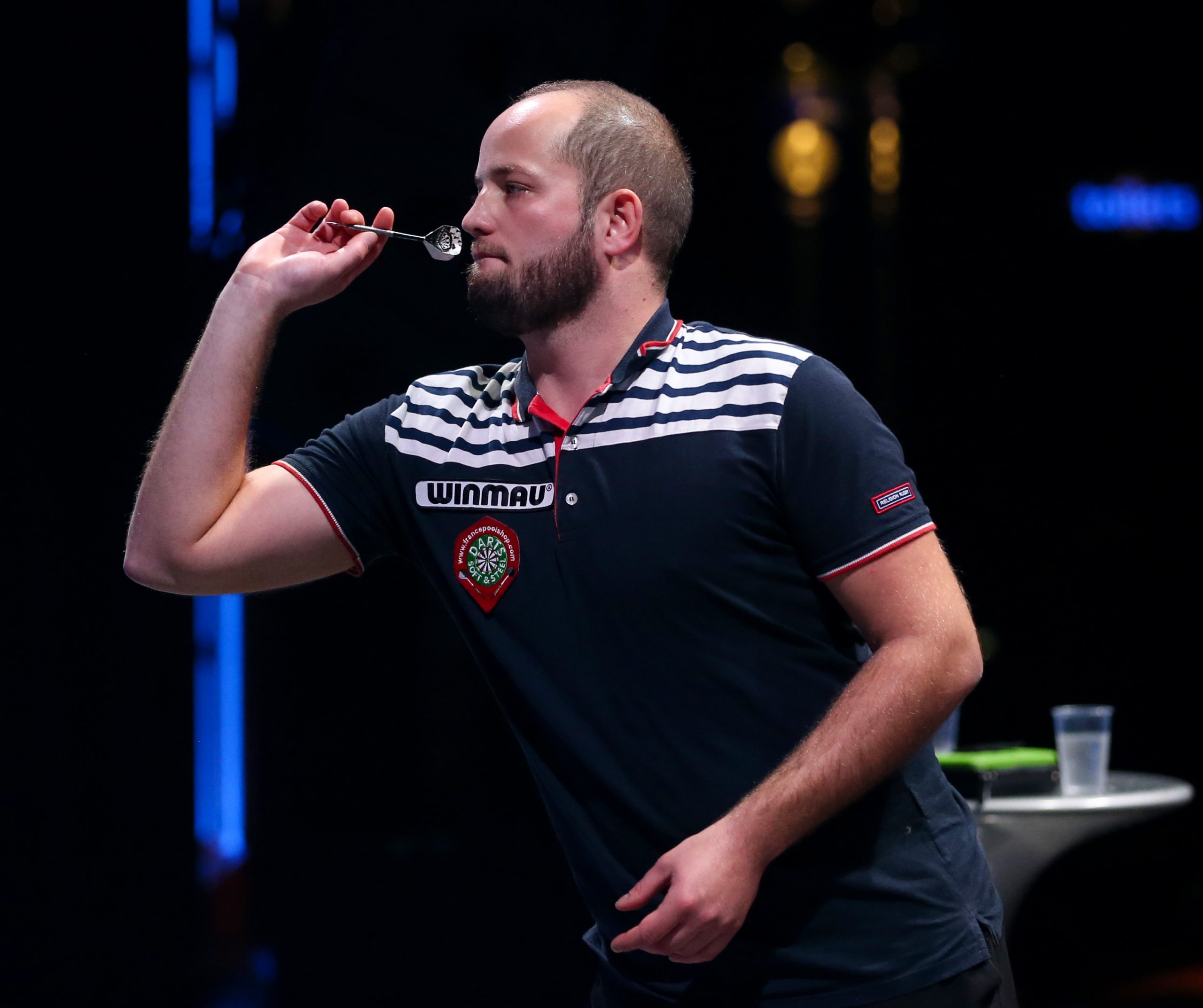 Tricole, who lifted the Isle of Man Masters during the final weekend of ranking tournaments prior to coronavirus bringing the season to the ground, picked up five points from a possible six during a splendid string of showings.

The 31-year-old from Brittany opened the evening with a 6-2 victory over reigning World Masters champion John O’Shea, recording a mere 81.99 average in a match riddled with squandered opportunities on the outer ring.

A mesmerising 123 checkout on the bullseye helped Tricole construct a hefty advantage and secure a draw after only five legs, with O’Shea’s hopes being seemingly washed away.

The Irishman did tease a comeback, getting off the mark with back-to-back 14-darters won with 76 outshots, only for the reigning Greek Open champion to convert double two to prevail.

He then produced a valiant comeback to earn a deserved draw against RDL1 finalist Hogan – who narrowly wired double 18 for a nine-darter at the World Championship in January.

Hogan remained unbeaten after beforehand overcoming Osborne with relative ease and being held to a draw at the hands of world number 25 O’Shea.

The former Gold Cup winner held a slender 3-1 advantage against O’Shea, only for the Cork-based thrower to battle back and level up proceedings at three-a-piece.

Each of the remaining four legs went the way of throw, with O’Shea pinning a pivotal 60 checkout with his opponent sat on a two-dart finish to seal his second win of the night.

Hogan then raced out of the gates against France’s Tricole, pinning a terrific 76 checkout on the bullseye, and subsequently led 5-2 with a 15-darter completed with a 122 outshot.

‘The French Touch’ proceeded to reel off the next two legs to force a decider, surviving nine match darts from Hogan, before pinning an impressive 14-darter in the final leg to round off an unbeaten evening.

Elsewhere, New Zealand’s Osborne remains without a point following whitewash defeats at the hands of both Tricole and Hogan as well as O’Shea.

America’s Stacey Pace and New Zealand’s Darren Herewini also feature on the seventh night whilst in search of their first points of their debut campaign.