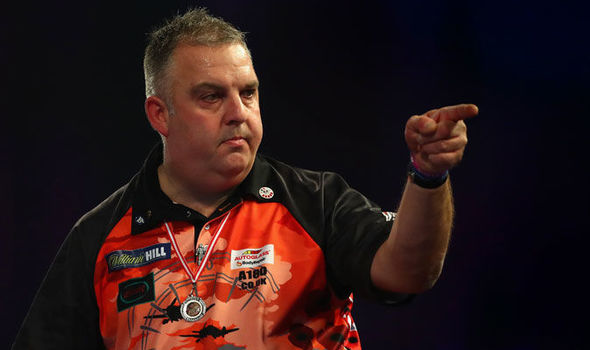 James Richardson fired in a 115.62 average on the way to returning to the summit of the overall standings in the Remote Darts League’s second running.

Richardson, who triumphed in the first edition of the tournament, won all six legs against Lorraine Winstanley in just 78 darts to record that huge average, and picked up five points in total over the course of the night to go above Paul Hogan on leg difference with everyone having played nine games.

Winstanley did manage to collect a point for the first time, but her hopes of finishing in the top four are now over, with the night’s other players, Darren Herewini and John O’Shea facing an uphill task to reach the play-offs on Monday, 8 June.

The Night 12 action got underway with a clash between WDF World Cup winner Herewini and former World Master Winstanley, and after the Kiwi took a 4-1 lead, Winstanley recovered admirably to steal a point with a 78 finish.

Richardson had won five and drawn one going into his trio of matches, and carried on where he left off with a 6-0 win over reigning World Master O’Shea.

A 12-darter in leg four was the highlight as ‘Ruthless’ hit 50% of his doubles and averaged 93.

O’Shea didn’t let that affect him, though, as he saw off Herewini 6-2 in a comfortable performance where the result never really looked in doubt.

Rushden thrower Richardson then produced the highest average of the tournament by some distance; legs of 13, 15, 14, 12, 11 and 13 darts ensured a whitewash win over Winstanley.

He lived up to his nickname in that match, but not so much in the night’s penultimate contest as he averaged 13 points higher than Herewini but failed to get the win.

The former ProTour finalist led 5-2, but a checkout of 80 in the final leg from Herewini meant it finished 5-5.

Ireland’s O’Shea then picked up two points in the closely-fought play-off race by beating Winstanley 6-0, only missing four darts at doubles.

The Remote Darts League continues on Sunday evening with three players from ‘Down Under’ in action: Justin Thompson, Tina Osborne and once again Wellington’s Herewini. They are joined by Jim Williams.

Veenstra picture-perfect on Night 11 of the Remote Darts League