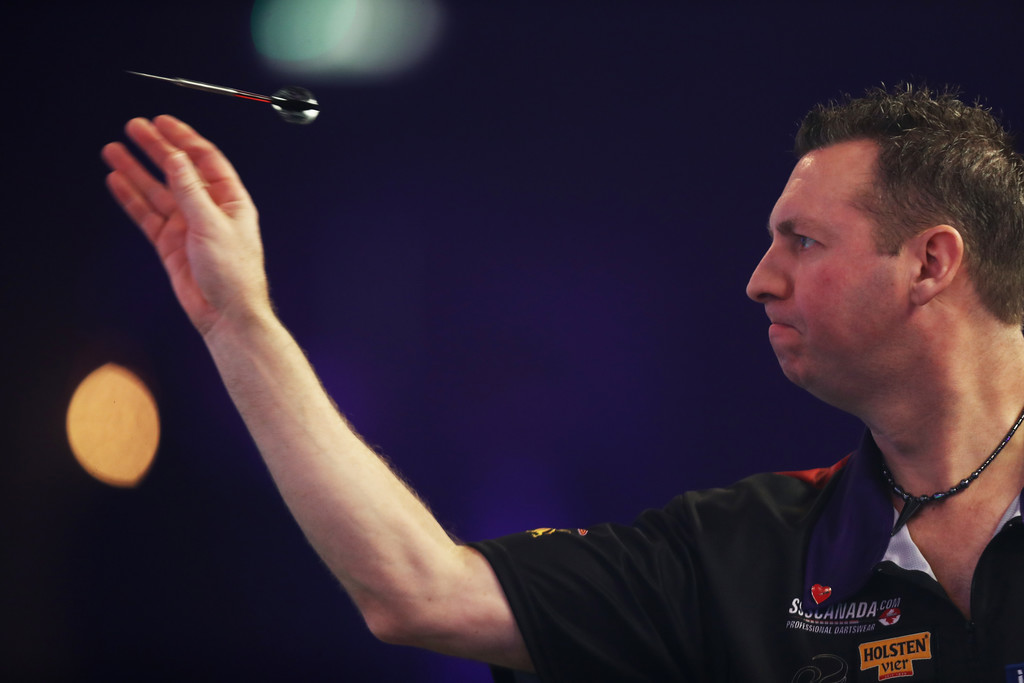 Jim Williams, John O’Shea and David Cameron all picked up four points on night four of the Remote Darts League 2.

It was a series of competitive matches between the trio, with all three ending in draws after they all comfortably beat the night’s other player, Stacey Pace.

James Richardson, Paul Hogan and Justin Thompson had picked up maximum points on the first three nights, but World Trophy champion Williams, World Master O’Shea and Cameron, one of the top North American players, are all placed well after 20% of the group games.

The night’s action got underway with a whitewash win for Cameron over Colorado’s Pace. ‘Excalibur’ took the first three legs in 48 darts and never looked back, despite the standard slipping slightly, to claim a 6-0 win.

Williams and O’Shea then played out a superb 5-5 draw. It was close all the way through; the Welshman led 4-3 but O’Shea came back to go within one of the win. However, nine darts without a treble from ‘The Joker’ allowed Williams to seal a 16-darter in the final leg and collect a point.

Williams then beat Pace comfortably to remain unbeaten. After a 15-darter from the American in the second leg, ‘The Quiff’ reeled off five straight including a 12-darter via a 121 finish to win 6-1.

It was a superb start to the match between Cameron and O’Shea; the Canadian hit back-to-back 180s in the first leg but it wasn’t enough as three 140s from O’Shea helped him to an 11-darter.

Some excellent timing gave the World Master a 4-0 lead, but Cameron came back in style and sealed a point in leg 10 after going six darts into the nine-darter and cleaning up in 11.

O’Shea took his tally to four points by whitewashing Pace without allowing her a dart at a double.

Nova Scotia thrower Cameron found himself up against it once again in the final game of the night against Williams, but managed to win three legs on the spin from 3-1 down.

Williams found a 14-darter to lead 5-4, but a 67 checkout from the Canadian meant all three men in action on night four picked up four points.

‘The Quiff’ returns on Friday night alongside Lorraine Winstanley, Larry Butler and Joe Chaney as the quartet look to build on their points total in games 4-6.