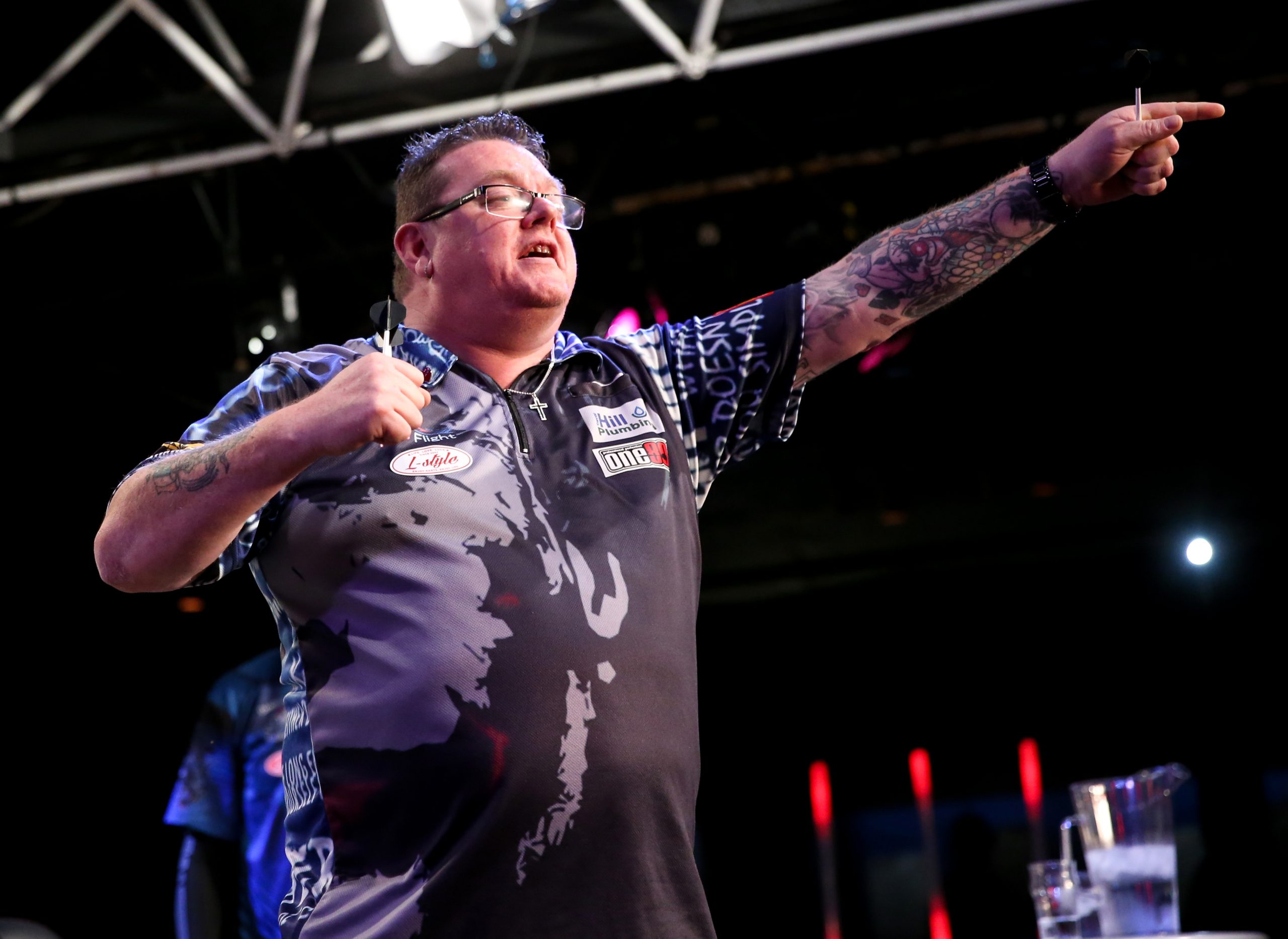 John O’Shea took his Remote Darts League points total to 17 on Night 14 of the tournament, which puts him the top of the table, albeit having played more games than his closest rivals.

Turner’s trio of defeats mean she is eliminated from the tournament with three group games still to play.

The evening’s action got underway with a comfortable win for former World Matchplay champion Butler, who recovered from losing the first leg to Turner to canter to a 6-1 victory despite 20 missed darts at doubles.

Irishman O’Shea joined him on two points by virtue of the same scoreline, but with a much more impressive performance on the finishing, 75% to ease past ‘The Silverback’ in the ‘O’Shea Derby’.

A draw in the third match did no good for the play-off hopes of Butler or Tony O’Shea, with the American missing several chances to open up a significant lead and being made to pay in the final leg courtesy of a 116 finish from O’Shea.

John O’Shea continued his excellent finishing against Turner, hitting six of his 10 double attempts on the way to a 6-0 success.

He then completed a clean sweep of victories despite being held for much of the match by Butler, completing a 6-4 win with an average of 89.

Despite those three wins for ‘The Joker’, the highest average of the night came from Tony O’Shea, who averaged 95 and hit 67% of his checkouts to whitewash Turner in the final contest of the group.

Paul Hogan will look to usurp O’Shea at the business end of the standings on Tuesday evening as he is joined by Richard Veenstra, David Cameron and Lorraine Winstanley on Night 15.