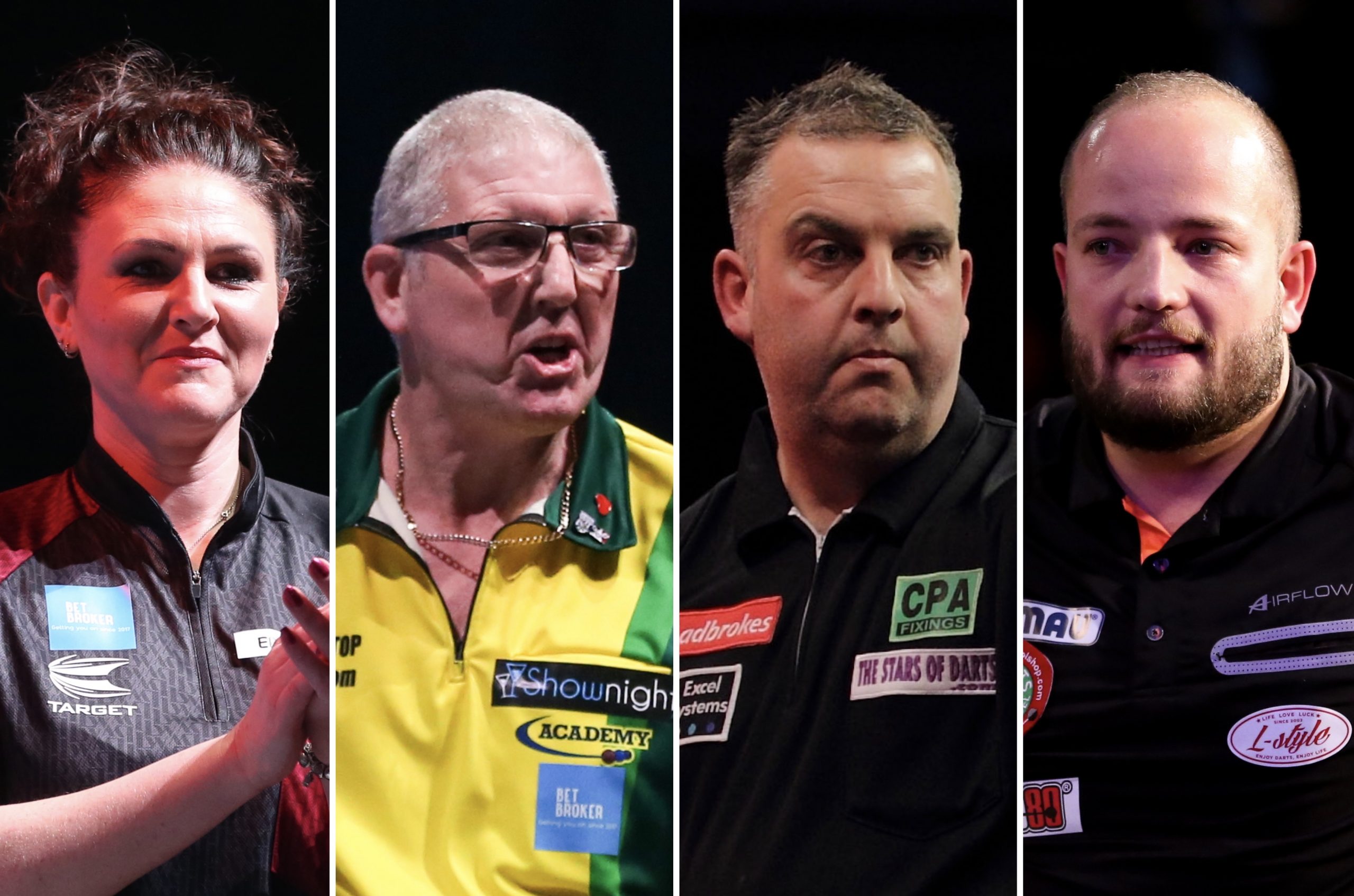 Following the sheer success of the inaugural Remote Darts League, the popular initiative will return for a second staging from Monday with 16 participants in action, including four ladies.

James Richardson claimed both the hefty prize fund and the bragging rights after producing a series of scintillating showings across the duration of the first edition.

The Northamptonshire-based thrower lived up to his ‘Ruthless’ nickname as he thrashed both BDO World Championship runner-up Jim Williams and Paul Hogan to the loss of a mere five legs.

Richardson will return to defend his crown alongside Williams, Hogan and three-time BDO World Championship finalist Tony O’Shea – all of who reached the play-offs in the inaugural tournament.

They will be joined by 12 new editions in an increase field, with the competitors residing from nine differing countries and consisting of four female invitees.

America’s Larry Butler, who lifted the 1994 World Matchplay and reached the final of the World Masters five years ago, headlines the fresh arrivals and is one of three North American stars competing.

Another highly-ranked woman in New Zealand’s Tina Osborne will take to her practice board in the early hours of the morning, joining her fellow Oceanic stars Justin Thompson and Darren Herewini.

England’s Lorraine Winstanley and Laura Turner complete the four women set to feature in the innovative league phase, with both having lifted World Darts Federation ranked titles in recent months.

Thibault Tricole, who created history in becoming in the first Frenchman to ever appear at the World Championship in January, will add as his nickname implies ‘The French Touch’, while BDO World Trophy runner-up Richard Veenstra also features.

Reigning World Masters champion John O’Shea will join the broadcast from Cork in the Republic of Ireland, seven months after lifting the biggest title of his career at the Circus Tavern.

The legendary Master of Ceremonies Richard Ashdown will be on hand to call the scores and provide post and pre-match interviews with the players across the 21-night tournament.

All players will play one another once across the first 20 evenings of action, with the play-offs marking three weeks since the inception of the Remote Darts League’s sequel.

Four players compete on each matchday, similar to the format of the PDC Home Tour, with the league phase format being best of 10 legs and a draw being possible.

A win will award players with two points towards the league standings, while they will receive a solitary point for a stalemate result.

Evening twitter . @RemoteDarts (RDL2) goes live Monday from 9pm 16 players , 4 woman , from around the world , it’s been a struggle getting all world wide feeds to come together remotely , but we did it 🙂 , 🇺🇸, 🇦🇺, 🇳🇿, 🇬🇧,🇮🇪, 🇨🇦, 🇫🇷, 22 days #darts. #guesstheplayers 😉

The tournament will be contested from players’ homes, with fixtures having been confirmed for the opening 17 league nights and the remaining four evenings of action still to be announced.

The initiative will be broadcasted live on the Remote Darts League YouTube channel and commence on Monday evening from 9pm.

Night One
Monday May 18