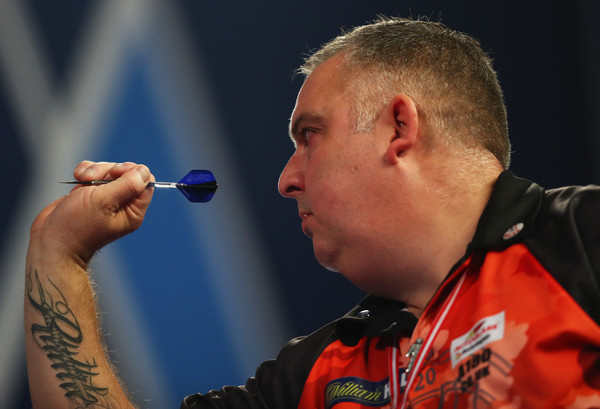 Richardson, who lifted the inaugural staging of the Remote Darts League last month denying Paul Hogan in the final, commenced his second group of matches with an irresistible performance in whitewashing Laura Turner.

Turner remains the only female thrower to run out victorious in the league phase thus far, though, the reigning Italian Grand Masters champion was dispatched with considerable ease.

‘Ruthless’ Richardson lived up to his nickname as he pinned three maximums and a 102.48 average against the Surrey-based ace, before subsequently squandering 14 darts on the doubles in a draw with Australia’s Thompson.

The 44-year-old then returned for the evening’s culminating encounter against Canada’s Cameron as he completed another whitewash win, whilst registering his second ton-plus average of the night.

Elsewhere, Cameron defeated Thompson in the opening match, ending his winning streak, before proceeding to add an extra two points to his standings with a 6-4 win over Turner.

The reigning Port City Open champion battled back from 3-0 behind to beat the talented 36-year-old, pinning a remarkable 118 checkout to seal the deal, with his opponent sat on a two-dart finish to recover.

Prior to her concluding clash with Cameron, Turner had endured back-to-back defeats to nil at the hands of a rampant Richardson and Newcastle Classic champion Thompson.