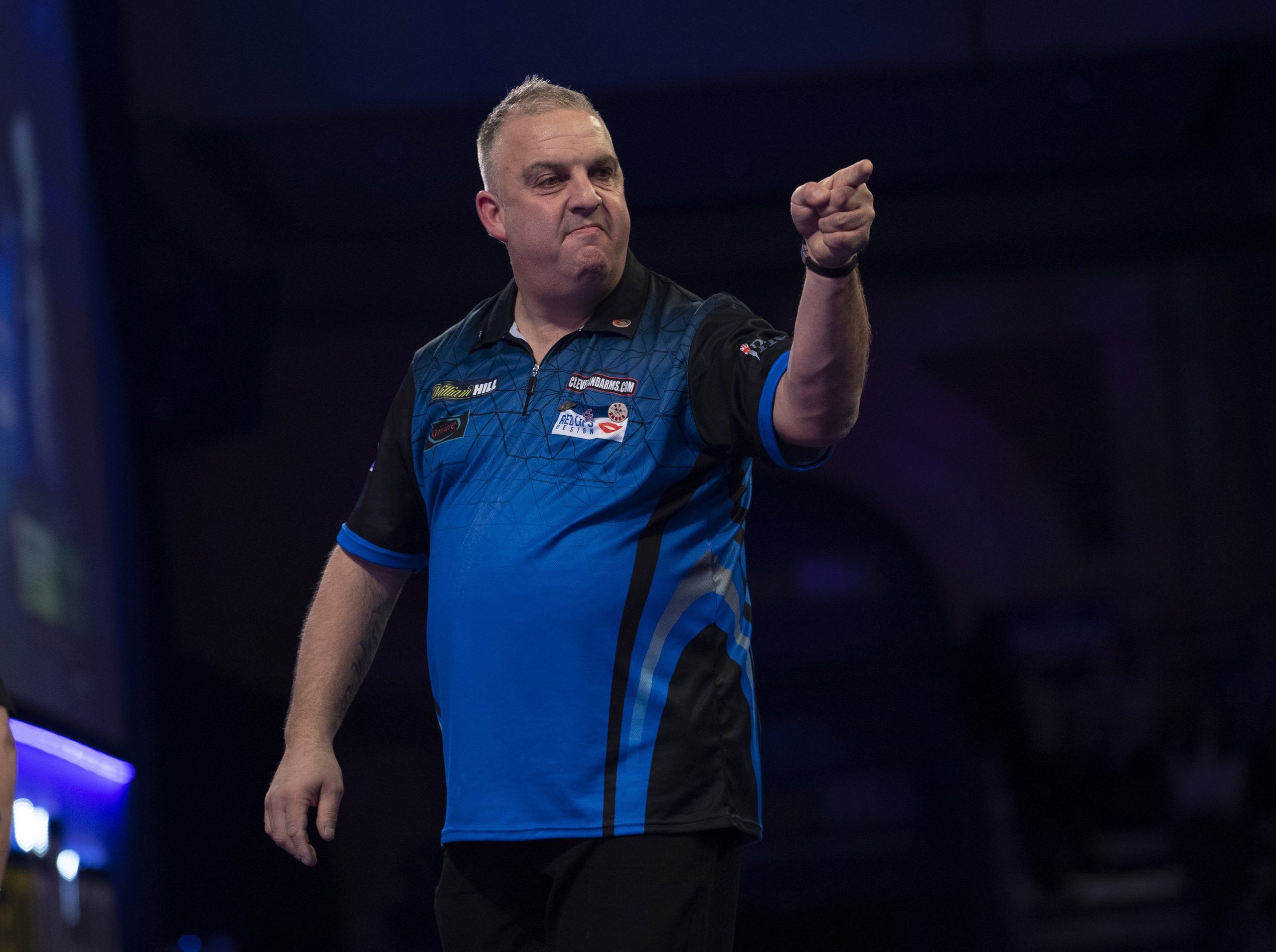 Reigning Remote Darts League champion James Richardson maintained a winning start to his title defence as the second edition got underway on Monday.

Richardson, who thrashed BDO World Championship quarter-finalist Paul Hogan to the claim the spoils in the inaugural staging, picked up from where he left off with three scintillating showings.

The Northamptonshire-based thrower lived up to his ‘Ruthless’ nickname, dropping a mere five legs across the duration of the evening and recorded averages in the mid 90s region throughout.

Richardson and Richard Veenstra locked horns in a thrilling opener – which was touted as the clash that would determine top spot on Night One, and so it proved.

Back-to-back 14-darters early on handed Richardson a 2-0 advantage, and from there he claimed four of the next seven legs, including a 117 checkout, to deny a valiant Dutchman, with both averaging in excess of the 90 mark.

The 46-year-old then continued his onslaught with a 6-0 rout of New Zealand’s women’s number one Tina Osborne.

A mesmerising 132 outshot proved a particular highlight for Richardson, as he pinned two bullseyes as part of the impressive checkout, before following it with a raucous celebration – which he later graciously apologised for.

Richardson rounded off his unbeaten evening’s work in fantastic fashion as he overcame the legendary American Larry Butler, registering a 93.15 average in a 6-2 victory.

It was by quite some distance Butler’s most prolific performance of the night as he averaged just spare of 90, though, it wasn’t enough to deny a rampant Richardson.

“I’m happy with three wins out of three,” Richardson told commentator Richard Ashdown as the action concluded. “I’m just over the moon, home darts is suiting me at the minute.

“Reflecting on the evening, I’ve played three world class players. If I could have Larry’s CV, I’d snap his hand off.

A 79.08 average and six out of 15 on the doubles proved enough to prevail for the Ohio-based ace, with the match’s highlight coming from the Kiwi as she pinned a 96 checkout in two darts to get her first and only leg on the board.

In her final match of the night, Osborne was whitewashed on a second occasion – this time around at the hands of former Dutch Open champion Veenstra.

The Auckland-based star will return on Saturday as she takes on inaugural event finalist Paul Hogan. She said ahead of her second appearance:  “I’m looking forward to it, I love the challenges. And, you know what, the best thing is that it’s a weekend!”

Veenstra pinned a 104 checkout to seal the deal against the Canterbury Open winner, after getting off the mark with a stalemate 5-5 draw with America’s Butler.

The Remote Darts League resumes on Tuesday evening from 9pm as runner-up Hogan commences his second campaign under the umbrella.