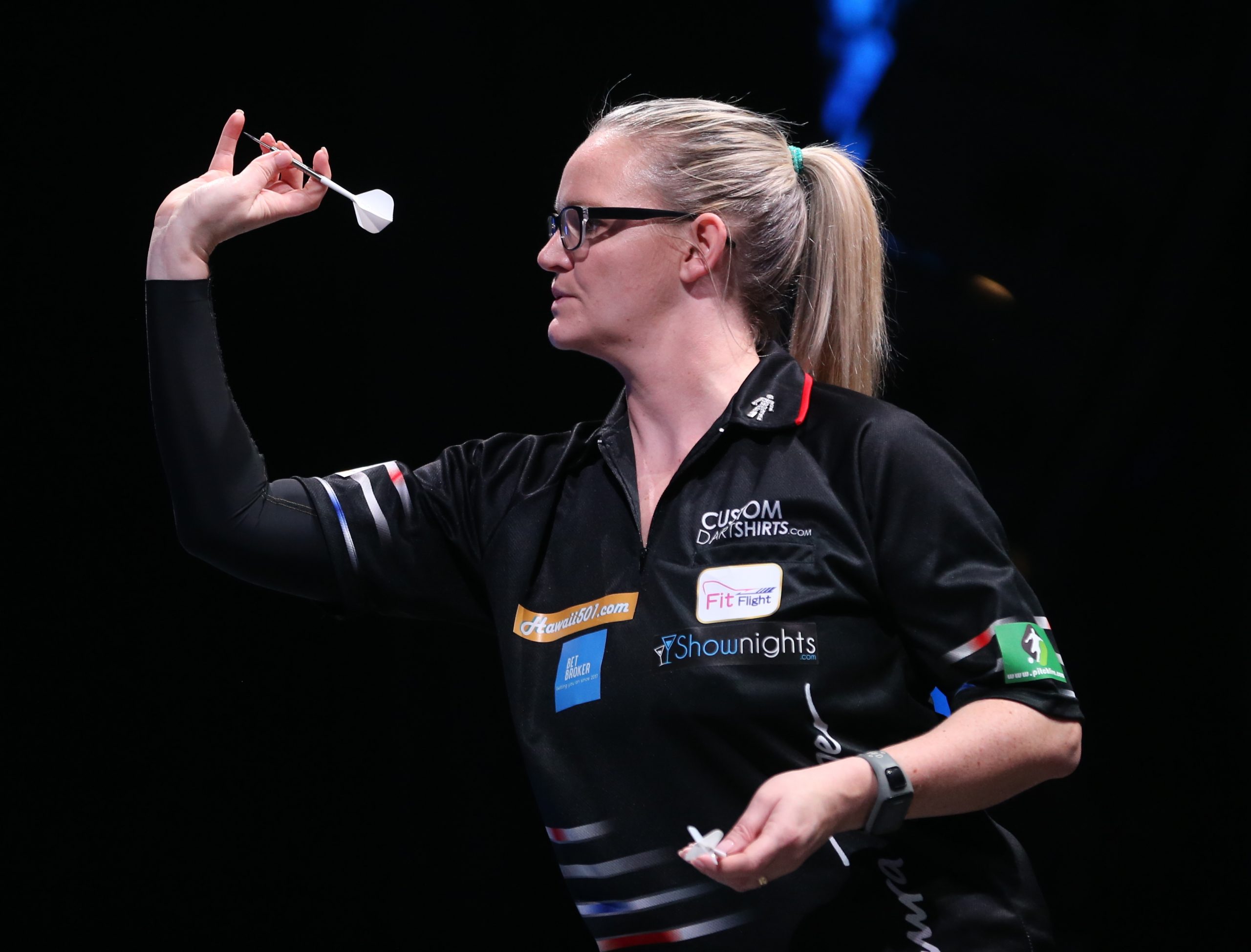 New Zealand’s Herewini and 20/1 shot Turner locked horns in Night Two’s opener with the latter reigning victorious, therefore becoming the first woman to get off the mark in the second Remote Darts League.

The WDF World Cup Singles champion pinned an 86 checkout in the third leg to complete a 12-darter and lead 2-1, however, from there Herewini’s standard decline marginally and Turner’s accuracy on the outer ring assisted in her getting over the line.

Hogan then entered the fray as he battled back from 2-0 behind to see off American ace Joe Chaney – who he had previously whitewashed in the World Masters two years ago.

Chaney, who recently wired double 12 for a nine-darter in the online CDC Championship League, opened with legs of 14 and 17 darts, only for his English counterpart to find his first maximum en route to levelling proceedings at two-a-piece.

The pair then shared 15-darters, before Hogan’s onslaught commenced. The Basingstoke thrower pinned double eight three times in succession to get his first points on the board.

Tennessee-based Chaney remained in place for the evening’s third encounter and was joined in the broadcast by Herewini, with both men in search of their first points whilst competing amidst a time difference of a staggering 16 hours.

The BDO World Trophy quarter-finalist recorded a 85.95 average and ran out a 6-3 victor despite squandering 15 darts on the outer ring, with his significantly superior scoring determining the outcome.

After pulling off a shock victory over New Zealand’s Herewini in her opener, women’s world number five Turner then returned for a tough contest with BDO World Championship quarter-finalist Hogan.

Surrey’s Turner held her own in the early stages with scores remaining level after four legs. Hogan then upped the ante, overcoming some initial double trouble and reeling off the subsequent four legs in 16 darts or less to maintain his winning start.

The former Gold Cup champion then returned for his culminating clash of the evening and was forced to survive a scare from a valiant Herewini – who was playing in a jumper due to unpleasantly cold temperatures in his garden shed.

Despite a bewildering 29 darts being squandered on the outer ring between the two, they provided the evening’s most thrilling contest, registering averages in excess of 92 apiece.

The Porirua-based thrower executed an impressive 101 checkout to gain a 4-3 advantage, only for Hogan to reel off three legs in succession to completed the clean sweep.

‘Crocodile Dundee’ ended up with an average of 95.71 – the highest of the evening – and post-match bullishly said: “I’m happy with those three wins – watch out James Richardson. Revenge,” he laughed.

Herewini suffered three losses on his Remote Darts League debut, becoming the second New Zealander to do so following Tina Osborne’s exploits on Night One, but like his female compatriot remained gracious in defeat.

In the final match of the evening, America’s Chaney scooped his second victory following a 6-2 win over reigning Italian Grand Masters champion Turner.

Thoroughly enjoyed my first night in the @RemoteDarts #RDL2 league. Great to get a win against WDF Champ Darren and sneak a couple of legs of off @paulhogan0180 and Joe Chaney.

It’s a great opportunity for me to play competitively and work on my game!

Thanks for the support xx

The second Remote Darts League resumes on Wednesday evening from 9pm with another four players joining the broadcast from three differing nations.

Remote Darts League 2 table after the second night of action. James Richardson and Paul Hogan already establishing their positions in the top two as they did in the first staging. #RemoteDartsLeague pic.twitter.com/Uph6rdFE2y