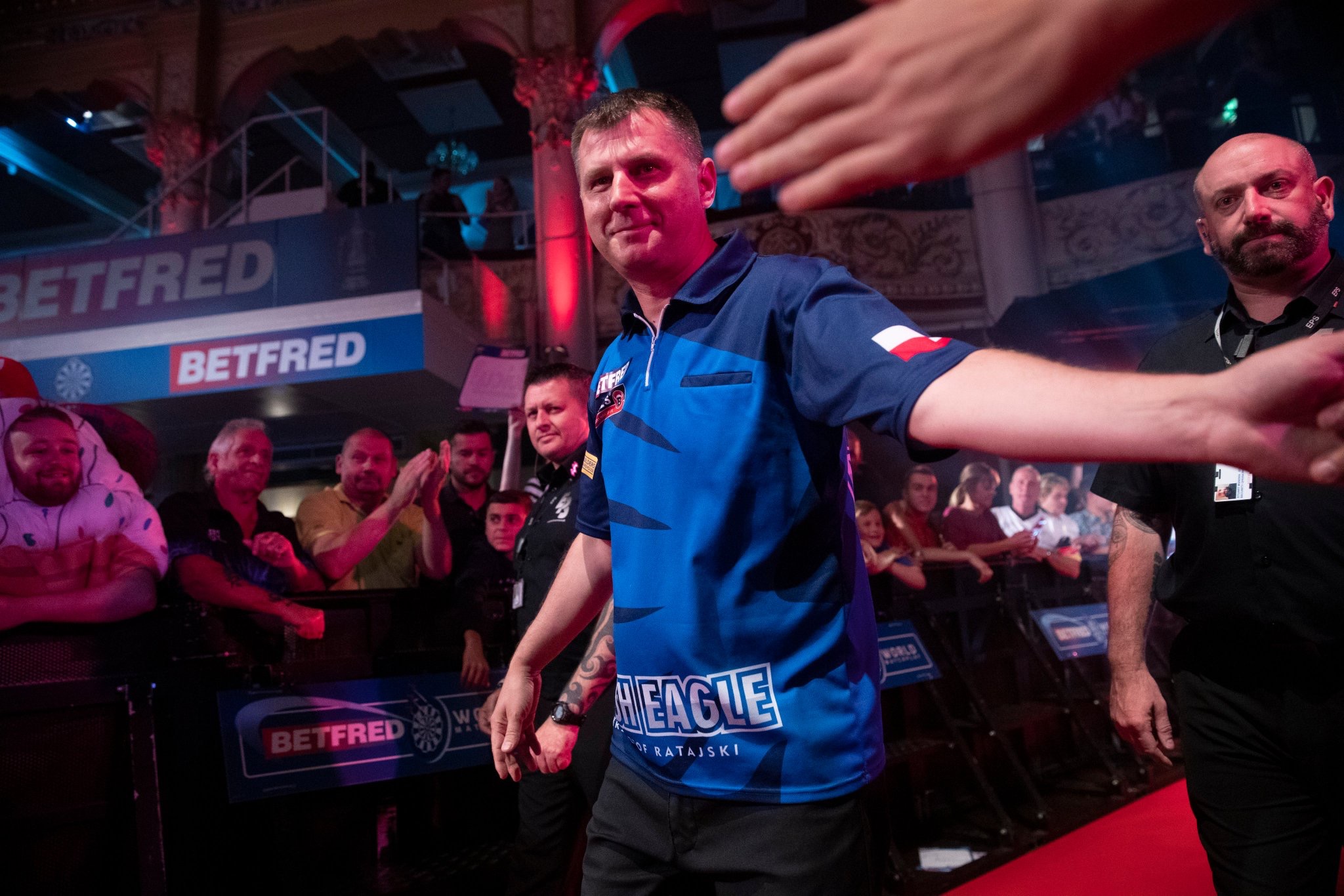 Poland’s Ratajski, who pocketed a trio of titles last year, doubled his title tally for 2019 at Halle 39 in Germany, breaking into the PDC’s top 32 in the process, becoming the first Pole to achieve the feat.

The 42-year-old began the day with consecutive 6-2 triumphs over Maik Kuivenhoven and Jonathan Worsley, and then comfortably denied Gabriel Clemens and Conan Whitehead with a 6-3 scoreline.

The ‘Polish Eagle’ then got embroiled in a close contest with Mickey Mansell, and despite leading 3-1 in the quarter-final, he was forced to come back from 4-3 and 5-4 down to progress.

A reassured performance followed for the Warsaw man as he breezed past Danny Noppert, getting the better of the Dutchman for the first time in his illustrious career. Ratajski came out a 7-1 winner, progressing with a 103.9 average and four maximums.

The final proved a tougher affair for former World Master, Ratajski, as despite opening the contest with a 160 checkout, he was forced to overcome two leg deficits twice.

He opened the final with a blistering 160 outshot, only for van den Bergh to claim the next two and lead 2-1. The Belgian also lead 4-2 in a nail-bitting tussle.

Ratajski pinned double 16 twice to level up proceedings at four-a-piece, before the ‘Dream Maker’ opened up a two-leg advantage after completing a 68 checkout.

The 42-year-old then reeled off the next three to lead as van den Bergh started to falter under the pressure. The World Youth Championship winner sent the match the distance as he found double 16.

Ratajski produced a magnificent deciding leg, pinning tops with his last dart in hand on an 84 checkout, to clinch his fifth PDC crown, before releasing all emotion with an almighty roar.

“I’m very happy,” said Ratajski. “It was very tight and it was really, really hard.

“I played my semi-final against Danny Noppert and I had never beaten him, but today I played almost a 104 average and it was superb.

“In the final with Dimitri, I’ve also lost to him many times, and I thought about it. When I was 7-7, I said to myself that I must win. It’s a very important result for me.”

Elsewhere, regardless of enduring defeat in the final, 25-year-old van den Bergh reached his second senior PDC final, seeing off the likes of Ian White, Simon Whitlock and an in-form Justin Pipe along the way.

Premier League competitors, Michael Smith and Mensur Suljovic, exited at the quarter-final stage after losses to Danny Noppert and Ian White, while Jonny Clayton and Dave Chisnall, both of who have won titles this year, were dumped out in the fourth round.

Berry van Peer, who won a PDC Challenge Tour title a matter of weeks ago after overcoming dartitis, reached the third round, as Jamie Hughes, Nathan Aspinall, Glen Durrant and Portugal’s Jose de Sousa departed in the early rounds.

The second event of a double-header at Hildesheim’s Halle 39 will take place on Sunday, with 128 players looking to trouser themselves £10,000.