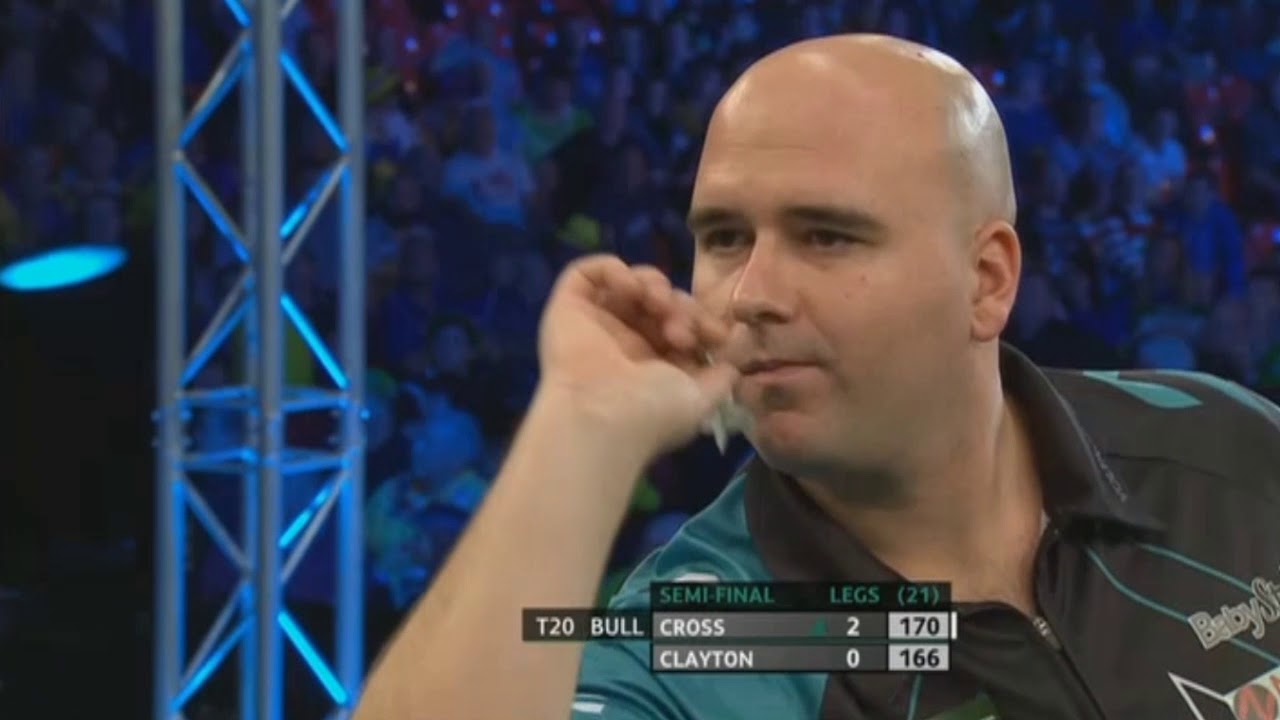 Within a day of Voltage winning the Worlds at the turn of the year, somebody posted on Youtube that he would be another Kirk Shepherd. The comment didn’t seem to come from some anonymous hater trying to stir things up, if I remember rightly it was somebody posting under what could reasonably have been their real name, and their other posts suggested they followed the game of darts quite closely.

The chances are also that the same person is posting somewhere online to point out to Rob Cross fans that his prediction was right.

At the moment, it is difficult to make a strong case against this darts fan, whoever it is/was, but it is plain to me at least that it is far too early to tell.

Rob Cross has featured more prominently in darts in this single year than Kirk Shepherd has for the last decade, as well as going one better in the World Championships too.

Granted, Rob has not had the best of years, but the 2018 darts season has really only seen one player shine and another just hold his own. Gary Anderson has had a stunning year with MVG picking up a few majors, as we would expect, but falling well short in another few notable events.

After these two guys, undoubtedly the best two players in the game, on form, who really has had a good 2018?

To begin with, a few players have hardly shown their faces – Chisnall for example, and Price, Gurney, RVB & Whitlock since the Prem, as well as van den Bergh who, although further down the rankings, was many people’s tip to break into the Top 16 by December. Compared to these brilliant professionals, Rob Cross has been a regular feature in the box office and we have seen a lot of him – mostly playing really well.

Adrian Lewis has picked up a bit but overall, compared to Cross, is more a candidate for one (OK, two) hit wonder as he himself has not done more than make cameo appearances on the big stage this time round. My point here is not to criticise Jackpot, by the way, and I hope he gets back into the Top 10 by next summer.

Then there is Peter Wright, again a few times losing finalist who has done well this season all considered, but has not had a great time of it, considering his ranking and potential. Mensur likewise has won a few things, not massively bigger than the 2018 trophies Voltage has on display down in Hastings, and he only went very slightly further in the Champions League, having won it last year. One hit wonder?

Michael Smith started 2018 pretty much the best player but never quite made it count for anything, and history will show that he failed to nail a bag of titles in 2018 too, same broad observation for Simon Whitlock (apart from the best player bit).

So when we consider what people expected from Rob Cross, it is understandable that by contrast he has not lived up to some expectations. Being World Champion is not only pressure, but something you can’t really improve on, other than by doing it again. 15 more times, if you are really very very good.

So with any fewer than two or three major titles, Rob Cross was always going to be seen to have had a ‘poor’ season. I accept he has not even come close to winning major televised events, but fair play to the lad, he did well in the Prem, against players nobody is ‘accusing’ of messing up since 2017.

The other thing is, yes, if darts were to wind up operations on October 31st 2018, Rob Cross would be seen as the eternal darting one-hit wonder, perhaps alongside Keith Deller and somebody like John Walton if we go BDO too.

But a late-twenties guy with his talent has years – perhaps two decades – to stay in this game and OK, if he doesn’t win a trophy in half of those 20 years he will feel disappointed come each December and people will be talking about him, but what is more likely is Phil Taylor’s own prediction turns out to be right – he will win a lot more, and I for one, 2018 excepted, think Rob Cross is a LONG way from finished.

The Race to Dortmund is hotting up!