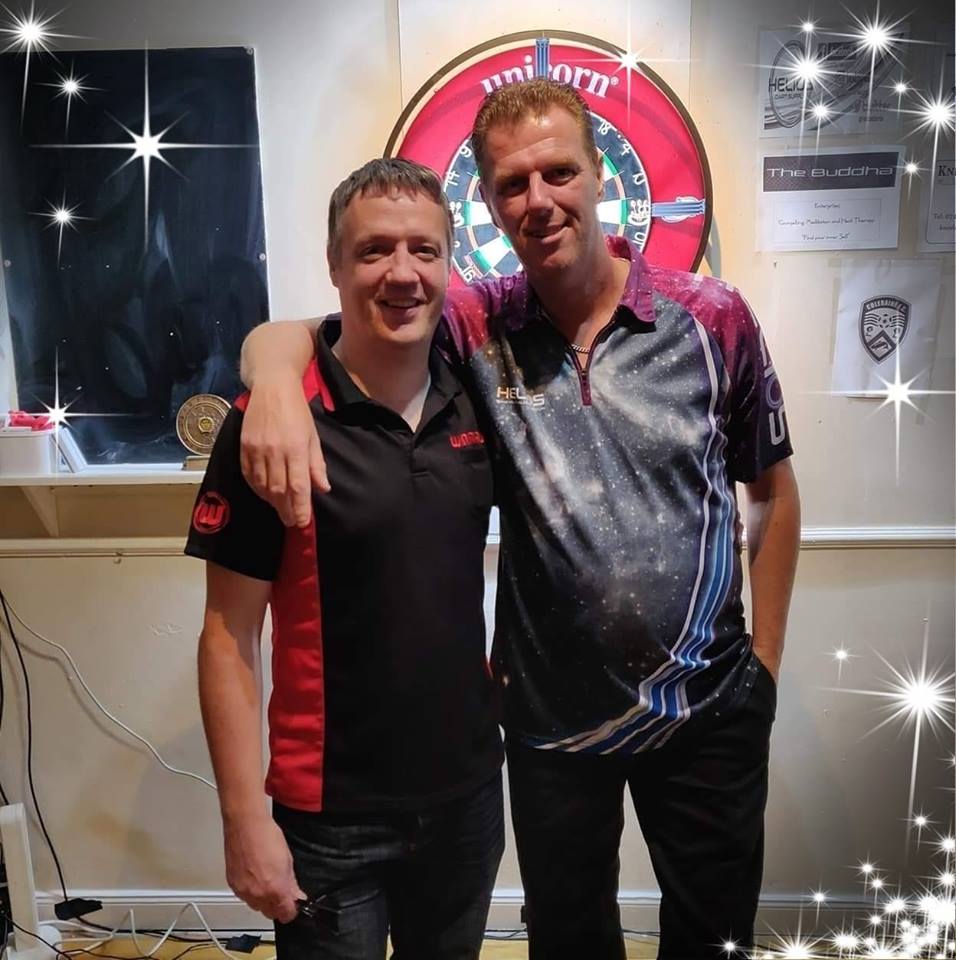 Well what a great night was had by all that attended the Coleraine Football Social Club last night. Rob Radsma from the Netherlands visited Coleraine yesterday evening to play an exhibition against some local players.

The one winner was Timmy Tucker McClelland with a 180 to boot.

Rob beat the Coleraine Area One Darts Player convincingly. A few put up a good fight Ben Kirkpatrick, Alan Boyd, Johnny Cree and Leon Crawford. But the pressure got to a lot of the team tonight. As anyone will tell you that has played in an exhibition, it’s just so hard to perform in one leg.

After that mauling, Area One chairman William Hedgie Mckendry had a challenge match at the end picking up 1 leg against Rob, but losing out 3-1 after being 1-0 up and 50 left for 2-0, Rob takes out the 145 checkout and never looked back, running out 3-1 winner to send us all home.

I’d like to thank Gary Watton for organising and running the laptop and technical ‘stuff’, William Robertson for MC’ing all night and the CFC Social Club for putting up with us all night.

Finally Rob Radsma what a guy, a genuine guy who is just as mad as all of us. Thanks for coming along and showing us how it’s done.

Good luck to Rob at the NI Open this weekend.