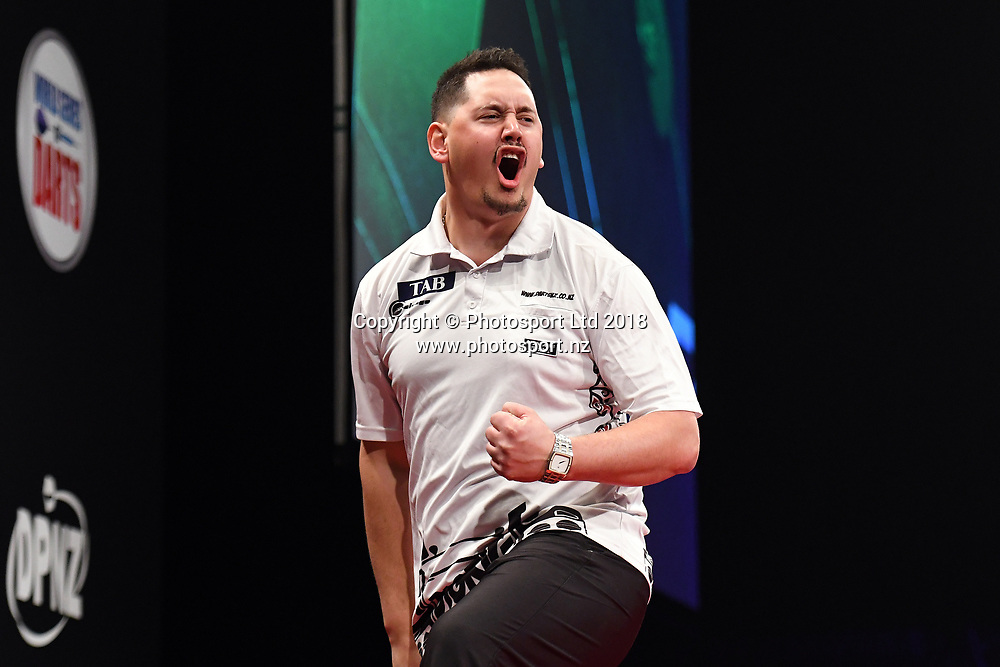 Robb and Littleboy win Events 5 and 6 in Queensland

Ben Robb and David Littleboy won DPA Pro Tour Events 5 and 6 on Friday and Saturday, the first two of four over the weekend at Pine Rivers in Queensland.

Robb, who competed in the 2018 Auckland Darts Masters, won his first tour event with wins over Ryan Lynch, Anthony Baker, Brad Thorp, Steve Fitzpatrick and Damon Heta, a winner already this year on the DPA circuit. In the final, Robb took on New Zealand’s Koha Kokiri and he won the opening two legs which included a 107 checkout before Kokiri levelled the match up at 2 a piece with legs of 15 and 17 darts. Robb then won back to back legs again to make it 4-2 before it was a pair of break of throws with Kokiri hitting a 19 darter then Robb responding with an 18 darter to move one away. A maximum to kick off what ended up being the final leg of the match and a 17-darter sealed it for Robb in a 6-3 win.

Kokiri, who came into the weekend having reached 2 semi finals in the first weekend on the 2019 DPA Circuit, won five matches to reach his first final of the season in defeating John Bunyard, Michael Cassar, Shane Tichoswitch, David Platt and James Bailey, another winner already this year on the DPA Tour. He was unable to win the decider but a great start to the weekend for the New Zealander.

In Event 6, David Littleboy claimed the crown winning his first DPA tour event but having to come through 6 Round Robin matches to get to the knockout stages. He won 4 out of the 6 matches but all of them went to last leg deciders. Wins over Rebekah Promnitz, Robbie King, Simon Black and Raymond O’Donnell but defeats to Stewart Smith and Andrew Eagers. In the knockout stages, he had arguably the toughest run defeating high profile names in James Bailey, Raymond Smith, Gordon Glen Mathers and Steve Fitzpatrick just to reach the final. In the decider, he took on Haupai Puha and Puha took the opening leg with a 15 darter and a 125 checkout before Littleboy won the longest leg of the match with a 22 darter to make it 1 a piece then immediately holding throw with an 18 dart leg. Kokiri then hit back to back 20 darters to move 3-2 up before Littleboy won 3 on the spin in just 49 darts to move 1 away. Kokiri forced a deciding a leg winning back to back legs in 14 and 18 darts but it wasn’t enough as Littleboy held throw and kicked off with a 180 and a 16 darter sealed the win.

Events 7 and 8 also take place over the weekend at Pine Rivers in Queensland with all Results and Live Scores to be checked out at tv.dartconnect.com.

Van Gerwen, Anderson and Wright all crash out on day 1 of UK Open

Cross and Price among quarter-finalists while Wade departs