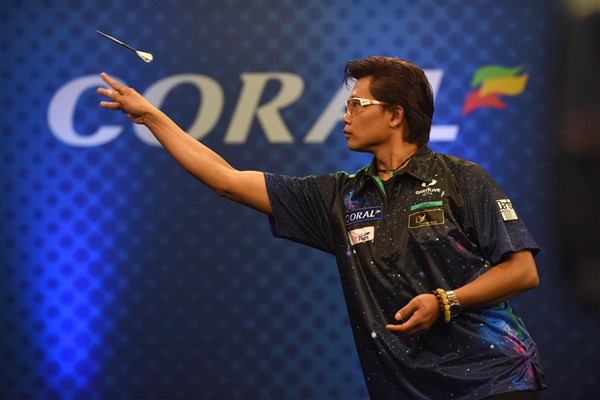 Iran’s prodigiously-talented Deniz Hashtbaran is the only thrower of Asian descent to reign triumphant in any form at the WDF World Cup, this year held in Cluj-Napoca, Romania.

Hashtbaran has clinched the Girls’ crown in the previous two years, and she’ll go into this year’s event as the arguable front-runner once again.

However, Asian hopes don’t lie solely at the feet of Hashtbaran this time around. Mikuru Suzuki, who lifted the ladies’ World Championship in January, is well in contention, as well as those featuring in Hong Kong colours.

Three of their four men’s participants have appeared at the PDC World Championship, whilst the remaining partaker was a Hong Kong Open runner-up last year – a tournament which his three teammates have won.

Royden Lam and Kai Fan Leung have many times represented Hong Kong. Hugo Leung is the lesser known thrower, while Paul Lim from Singapore will add the Pearl of the Orient to the numerous nations he’s lined up for.

Lam, the former Leung and Lim competed on the PDC Asian Tour this year with the trio finishing inside the top eight. They are all capable of pinning ton-plus averages and if they find their feet in Romania, they’ll be hard to defeat.

Hong Kong didn’t even field a team two years ago when the competition was held in Japan – which became the first Asian country since 2001 to host the WDF World Cup – but they are certainly contenders this time around.

Iran were without a shadow of a doubt the somewhat surprising Asian performers of the tournament two years ago, but Hong Kong look a real force to be reckoned with in Cluj-Napoca this week.