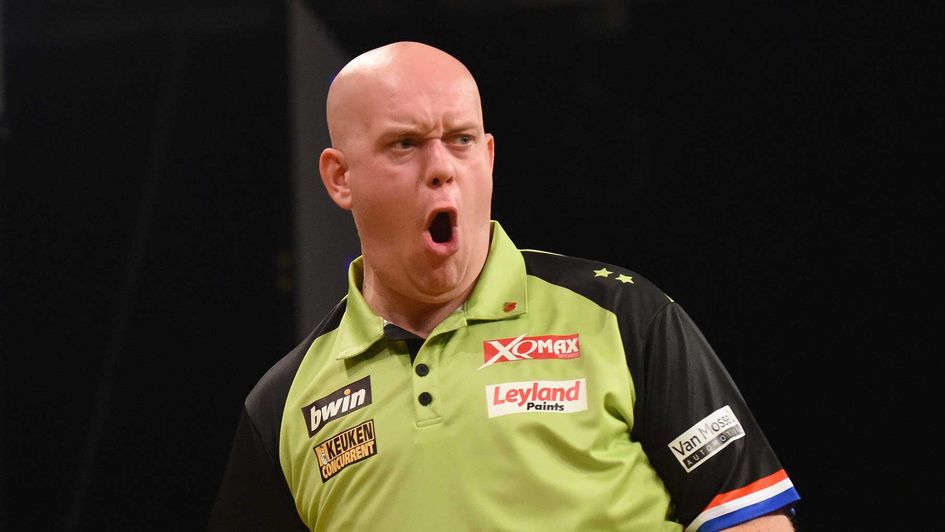 Michael van Gerwen lifted a mind boggling thirtieth European Tour Title, with an emphatic 8-3 victory over Simon Whitlock in the final of the German Grand Prix in Munich.

A 106.45 average was more than enough for the Dutchman to scoop the £25,000 first prize on offer, and it’s yet another Title for his ever growing mantelpiece.

MVG started his day with a routine 6-1 last 16 victory over Stephen Bunting, but was made to work hard in the quarter finals, edging the continually impressive and improving Ted Evetts in a last leg shootout, 6-5.

That set up a mouth watering semi final clash with Rob Cross, but it turned out to be a low key affair, with van Gerwen easing his way to a 7-1 win, only having to average 93.81 to overcome the 2018 World Champion.

The final proved to be just as routine for him, as he effortlessly picked up yet another trophy.

The tournament was also though, a welcome return to form for “The Wizard”, who, after a dreadful start to 2019, came through the strong field in Germany to reach the final. The Aussie’s day started with a 6-4 win against Ross Smith in the last 16, and Whitlock backed that encouraging result up with a comfortable 6-1 win over Joe Cullen. He broke home hearts in the last four, edging out Max Hopp, 7-6 to reach the final.

Whitlock will now hope to kick on through the second half of the year with this strong performance.

The run of the competition belonged to Karel Sedlacek, who built on his stunning win against Ian White on the opening day. Darren Webster became another victim for the Czech ace in the last 16, with Sedlacek claiming a famous 6-5 win. His famous run would end at the quarter final stage, with Max Hopp squeezing through 6-5.