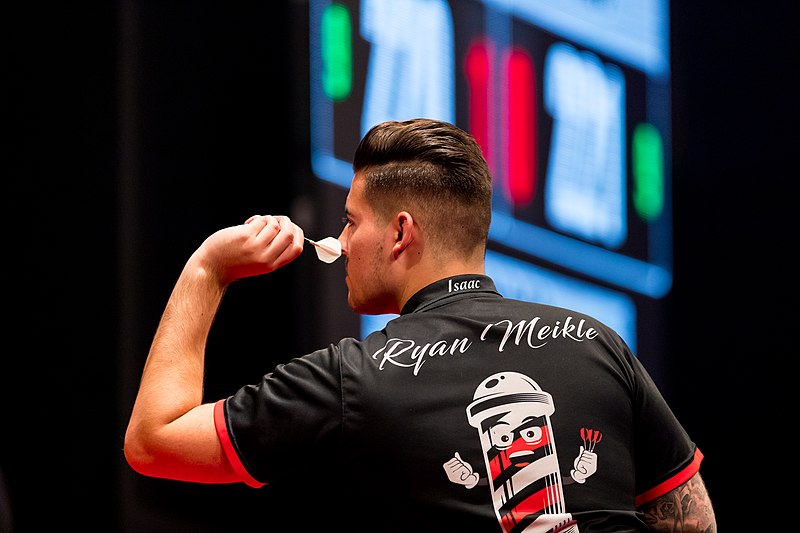 Ryan Meikle has his sights set on becoming world youth champion as the PDC Development Tour returns this weekend at the Barnsley Metrodome.

It will be last chance saloon for the current Development Tour table-topper as his time on the circuit designed to nurture younger players comes to its conclusion.

Having collected six titles during his five years on the Development Tour, the system has proved pivotal in the growth and improvement of Suffolk’s Meikle.

He defeated both Dutchman Niels Zonneveld and Germany’s Nico Kurz to claim a brace of titles in March, before being unable to compete for over four months.

“It’s the last year of the Development Tour for me,” Meikle said. “It has helped me massively develop as a player, the talent coming through is so good and you can’t afford to take anyone lightly.

“I suppose I could have a slight advantage by having recent long periods away playing tournaments, but as long as I’ve prepared correctly, I’ll be confident.”

Unlike the vast majority of those toeing the oche across the three days in South Yorkshire, Meikle has thrown competitive arrows since the four-month hiatus.

The current PDC tour card holder participated in both the Summer Series and the Autumn Series, and was unfortunately on the receiving end of some brutally tough draws.

Meikle has endured six first round defeats since the professional restart, with five of those coming against players averaging in excess of the 100 mark.

“Both the Summer Series and Autumn Series were good. Both were run so safely by the PDC with all the testing and the bubble we were in,” the 24-year-old added.

“The Autumn Series was pretty steady for me in Germany. I played well all week but got some seriously tough draws. We’re just lucky to be back playing.”

Numerous onlookers have called for current tour card holders to be banned from competing within the youth system, with many suggesting that by winning a tour card they are therefore developed.

Meikle said: “I still feel whether you have a tour card or not, as long as you are in the age bracket, you should be allowed to play. If not, you’re being punished for being better than others at your age?”

Earlier this year, both of Meikle’s forms of income were scuppered throughout the lockdown period. March saw both his day job and competitive darts taken away for almost twelve weeks.

“Lockdown was different,” he explained. “I had nearly four months of no work, but it was nice in a way to have lots of family time and enjoy time which I don’t get very often.

“I didn’t play too much but tried to do mostly online stuff and of course the PDC Home Tour which kept the eye in.”

Meikle on stage during the European Tour (Photography: Sven Mandel)

Despite holding a two-year professional tour card, Meikle continues to work as a barber in Ipswich in order to keep the pressure of cashing off his shoulders during tournaments.

“I still work, it’s something a lot of people ask but it just takes the pressure off having to earn money when playing darts. Anything I win when I’m away becomes a bonus,” he claimed.

“Maybe one day I’d love to give it a full-time crack and really put the hours in, but for now it seems to work doing both.”

Following a batch of six gruelling Development Tour events between Friday and Sunday, attentions will turn to Monday’s World Youth Championship for Meikle.

“I’m really looking forward to the World Youth on Monday,” he expressed. “After getting to the semi-finals last year, it would be nice to go one better and have a go at winning the final in my last year.

“I don’t feel any added pressure with it being my last year. I think I’ve done well over the years, winning six titles which aren’t easy to win.

“I always like to go under the radar – the more people forgetting about me the better,” he laughed.

“I’ve been around a lot of years now on the tour and making steady progress so who knows, this year might be my year.”