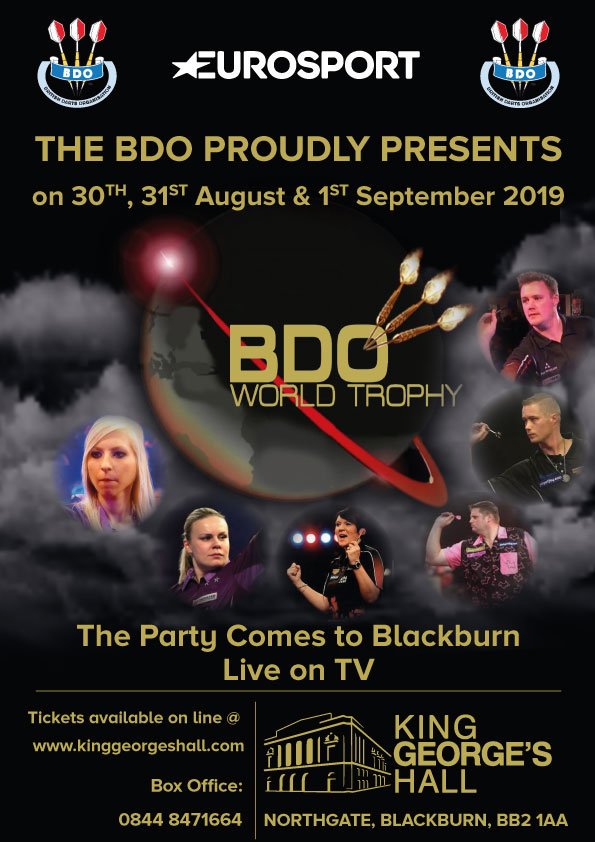 The schedule for the 2019 BDO World Darts Trophy, which takes place between August 30th and September 1st at the King George’s Hall in Blackburn, has been released.

The first day of the tournament will be focused on the last 32 of the men’s competition, with eight games in the afternoon session and eight in the evening. Both will be aired live on Eurosport as part of the BDO’s ongoing relationship with the channel.

Opening proceedings will be top seed Richard Veenstra, who faces Australian regional qualifier Justin Thompson. It will be a second appearance in the competition for ‘Thommo’ who lost in the first round last year against Andy Baetens.

Following them onto the stage will be recent Antwerp Open winner Wayne Warren against the fourth of the qualifiers determined the day before, with Belgium’s Mario Vandenbogaerde taking on the Dane Brian Lokken in the third game of the afternoon. They will be followed by Ross Montgomery, semi-finalist last year, against Sebastian Steyer and Andy Hamilton against reigning World Masters champion Adam Smith-Neale.

The final three games of the afternoon session will see 16th seed Kyle McKinstry take on Belgium Open winner Nick Kenny in a match that is sure to produce fireworks, Derk Telnekes face qualifier one and Gary Robson battle the US regional representative Joe Chaney.

An all-English tie is the fourth game of the session, as 2019 Lakeside finalist Scott Waites faces Essex thrower Dan Day, who came into the tournament as a reserve following the withdrawal of the Canadian qualifier David Cameron. England captain Scott Mitchell will then be in action, facing qualifier 2, before 2018 runner-up Michael Unterbuchner kicks off his campaign against Roger Janssen of Belgium.

Friday’s final game is perhaps the most enticing of the day as Dave Parletti and Martijn Kleermaker, two of the most impressive players on the circuit this season, take to the stage. Before that though, Jim Williams will face Wes Newton, who once again comes into a BDO major as a last-minute replacement for the Asian qualifier.

On the Saturday, the ladies competition kicks off with four last 16 games in the afternoon and a further four in the evening. Defending champion Fallon Sherrock is in action during the afternoon in the standout tie of the round against reigning World champion Mikuru Suzuki. Also in action will be Anastasia Dobromyslova, Trina Gulliver and Aileen de Graaf, who will take on Sharon Prins, Casey Gallagher and qualifier 1 respectively.

In addition to the ladies games, the men’s last 16 games will also take place on the Saturday, leaving both competitions at the quarter-finals stage for the Sunday, when champions in both events will be crowned.

Rileys Masters Are Back At Rileys 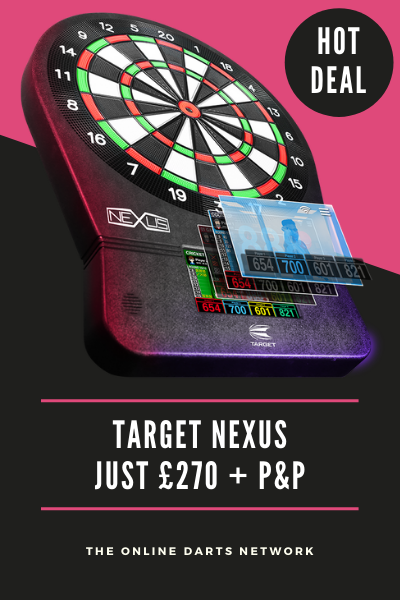