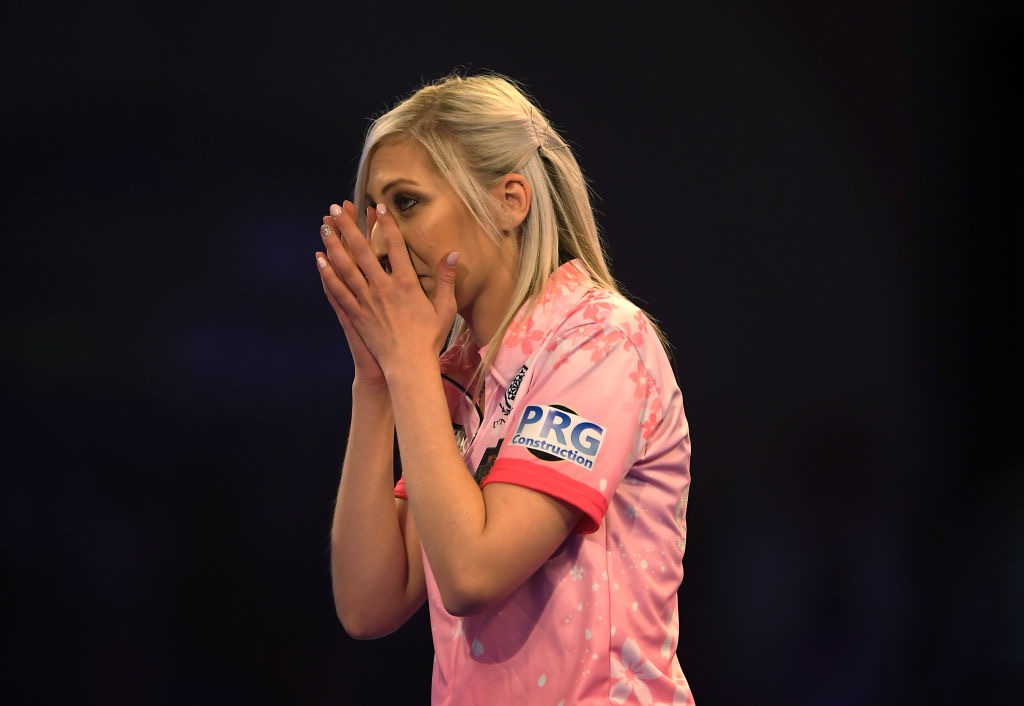 It was a simply scintillating performance from the former Lakeside finalist who hit six maximums and averaged 91.12, leaving her opponent star-struck, as she booked her place in round two.

Sherrock was forced to battle back from both 1-0 and 2-1 behind to come through a thrilling contest and face Mensur Suljovic in the second round.

Evetts took the first set 3-1, but Sherrock showed glimpses of her problematic ways, before winnings legs of 13, 14 and 15 darts in the second set, enabled Sherrock to level up proceedings.

Her sensational showing resumed as she pinned a 100 checkout, only for 22-year-old Evetts to turn the set on its head and regain his slender advantage.

A 13-dart leg won on double 18 to conclude set four sent the match to a decider, before that very same double was pinned once again, sending the crowd into overdrive and Sherrock into the history books.

Ratajski trailed 1-0 after a diabolical start to the Polish Eagle’s soaring standards, before drastically improving in both the scoring and finishing departments to eventually book his place in the third round on his favourite double 16.

Damon Heta will face Glen Durrant in a mouth-watering second round clash after comfortably seeing off a well below-par Jose de Sousa in a straight sets triumph.

De Sousa, who’s lifted two ProTour titles during a blistering first season as a professional, failed to find a single 180 as his Australian opponent capitalised.

Heta averaged 93.89 on his World Championship debut, winning the deciding leg in all three sets to prevail.

Jeffrey de Zwaan produced a resurgent display in battling back from 2-1 down to see Darin Young – who conquered Raymond van Barneveld on Saturday evening.

Young pulled off a crucial 104 checkout in the second set, landing a major blow for his Dutch opponent, though, eight maximums and a 93.47 was enough to see through a valiant ‘Black Cobra’.

Elsewhere, there was also a mixed bag of results for the Philippines during the afternoon session. Noel Malicdem continued his unbeaten record in the World Championship first round in denying Austria’s Rowby-John Rodriguez, while Asian number one Lourence Ilagan was narrowly defeated by Cristo Reyes.

Reyes came from 2-0 behind to defeat ‘The Gunner’, including a whitewashing in the deciding set.

Ilagan’s abysmal World Championship record lives on, having failed to win in the midst of his four appearances.

As for Malicdem, he whitewashed Rodriguez in a straight sets victory, dropping just three legs during an emphatic performance.

The three-time PDC Asian Tour event winner pinned nine of his 17 attempts at the outer ring, checkout of 107 and 104 and an average of 85.07 as he claimed another scalp on the Alexandra Palace stage.

There was also a comfortable victory for Ritchie Edhouse who was energetic on stage, making his World Championship debut.

Edhouse pinned a 106 checkout to take a tight opening set, before cruising to victory and setting up a Wednesday evening meeting with James Wade.

Ryan Searle won a tight affair against Australia’s Robbie King, with the Australian missing a match dart in a sudden-death leg.

The ProTour finalist struggled with his finishing and his vision, despite landing the tournament’s second 170, missing 37 darts at doubles during the tie but pinned the crucial dart a double to win.