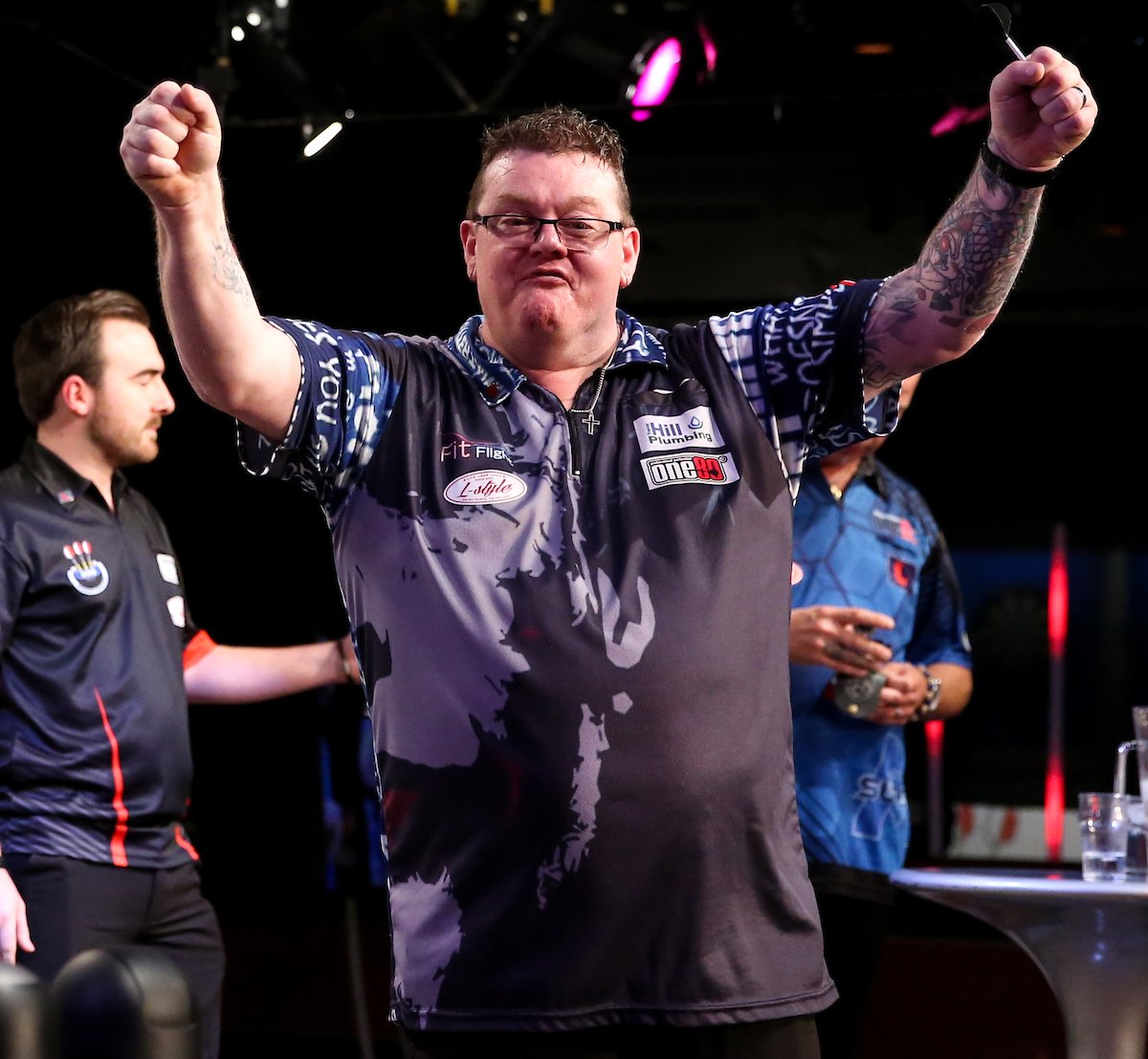 BDO World Number 219 John O’Shea staged a remarkable run through the field to win the 2019 One80 L-Style World Masters at the Circus Tavern as Lisa Ashton won the ladies title for the third time.

‘The Joker’, a quarter-finalist in this competition back in 2016, completed his fairytale week in Purfleet by beating Scott Waites 6-4 in sets to become the first Irishman to win the prestigious World Masters crown.

This year’s rule changes, which saw the old format reintroduced with seeded players starting from the floor, produced a number of shocks, with only nine of the 16 seeds making it to the TV stages.

The entire week looked set to be dominated by off-the-oche shenanigans, with redraws being done in all four singles competitions and BDO chairman Des Jacklin announcing that he would resign in January, but O’Shea’s heroics ensured that the return of top-level darts to the iconic Circus Tavern would be remembered for the right reasons.

The Cork ace started his week on the Wednesday by beating Milan Slama 3-0, a result he followed up with 3-1 wins over Dave Evans and Jacques Labre to make the last 32, where he beat England’s Justin Hood by the same scoreline.

He then produced a weekend-high 97.25 average to beat Willem Mandigers in the last 16 and book his place on the Sunday, where he met Northern Ireland international Neil Duff in the quarter-finals.

O’Shea raced into a 3-0 lead and while Duff made a game of it in the end, the Joker ran out a 4-1 winner and he then improved on that in the semis, beating impressive Belgian Mario Vandenbogaerde, who had been in one of the games of the tournament against Canada’s Jeff Smith on Saturday, 5-1.

In the final O’Shea won the first five legs to give himself an early 2-0 lead, only for Waites, who had beaten Erik Van Manen, Rodney Kane, Nick Fullwell, Paul Hogan, Carl Hamilton and Mike Warburton to reach the final, to reel off five himself to level things up.

O’Shea would then capitalise on some missed doubles to take a 3-2 lead into the break, and while Waites levelled things once again at 4-4, the Irishman capitalised to make it 5-4 and he started the tenth set in superb fashion, taking out a 14-darter to move within one of the match.

Waites then landed a 50 checkout to make it 1-1 in that set and ‘Scotty 2 Hotty’, who had landed 170 and 164 finishes earlier in the day, had darts to make it five sets apiece but he missed double four, which allowed O’Shea to step up, land double 10 at the first time of asking and secure his place in history.

For that win O’Shea secures a place at the 2020 BDO World Championships and therefore forces previous provisional qualifier Aaron Turner into Monday’s playoff.

In the ladies competition, Lisa Ashton beat Anastasia Dobromyslova 5-4 to defend the World Masters title she won in 2018.

‘The Lancashire Rose’ had beaten Zandra Charbonneau, Debra Ivey, Anne Willkomm and Margaret Sutton to make the quarter-finals, where she saw off Japan Open winner Mayumi Ouchi 4-1 with an 85.7 average.

She then beat Ouchi’s compatriot Kasumi Sato, who had already beaten Priscilla Steenbergen, Fallon Sherrock and Deta Hedman on route to the semis, 5-1 to set up the meeting with old rival Dobromyslova.

The Russian had beaten the likes of Donna Gleed, Corrine Hammond and close friend Lorraine Winstanley to make the final and she started the showpiece game brightly, breaking in the third leg of the match.

That enabled her to move 4-2 up, only for Ashton to reel off three legs on the spin to triumph 5-4, finishing with an 85.5 average as she won the Masters for a third time and secured a second BDO major final win over Dobromyslova in the last two months.

O’Shea was far from the only Emerald Isle native to taste success over the weekend, with both Keane Barry and Katie Sheldon triumphing in the youth events.

The young Irishman will meet defending champion Leighton Bennett in the game set to be played in January on the stage at the Indigo at the O2 in London.