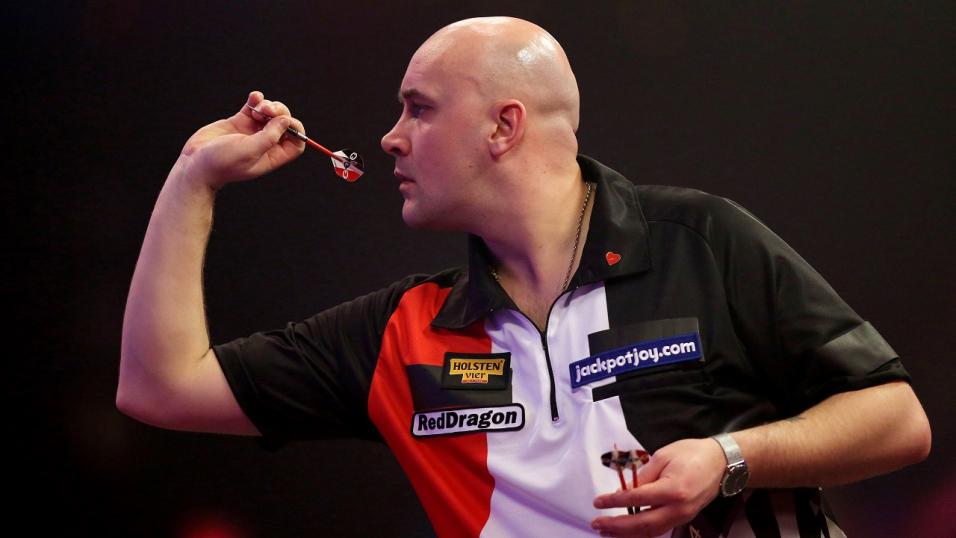 Seven players, including Stephen Bunting, Kyle Anderson and Jamie Hughes, won through both of Friday afternoon’s European Tour UK Qualifiers at the Robin Park Tennis Centre in Wigan to seal their places at the events in Munich and Saarbrücken.

Ted Evetts, Jamie Hughes, Steve Beaton and Chris Dobey were the other men to secure a dream double as Glen Durrant qualified for another event, while recent Premier League star John Henderson qualified for his first event of the year, the German Darts Open.

The double-header in Wigan saw all Tour Card holders not already qualified as well as the top 32 UK players on the Challenge Tour battle it out for places on the lucrative European Tour, which gets underway in two weeks with these events taking place in April.

The early rounds of the ET3 Qualifier saw former BDO stars steal the show as Glen Durrant and Jamie Hughes averaged over 100 in their respective wins over Gavin Carlin and Matt Clark. The pair went on to qualify for Munich, ‘Yozza’ squeezing through with a pair of 90 averages, while ‘Duzza’ upped his game from the preliminary round, seeing off Nathan Rafferty with a 105.8 and then Kirk Shepherd with a huge 110.7 to qualify for his second Euro Tour event.

Also impressive in Wigan were Ross Smith, Keegan Brown, Mark Wilson, Brendan Dolan and Kyle Anderson who all fired in ton-plus averages on their way to qualification, while Mervyn King, James Wilson, Mark Webster, Robert Thornton and Steve Lennon all suffered disappointing defeats. In the final round, some of the more eye-catching results saw Mark Barilli edge out Ryan Joyce, Nathan Derry see off Dave Ladley and Alan Norris qualify for his first European Tour event in over a year. A brilliant achievement all things considered.

Ricky Evans, Ritchie Edhouse, and Arron Monk were the other players to seal a spot at the German Darts Grand Prix. It was a quick turnaround for the ET4 Qualifier, which kicked off in similar high-quality fashion as Mark Wilson dismantled former World Championship semi-finalist Jamie Lewis with a 102.8 average. Luke Humphries’ Euro Tour season in 2018 was the springboard to his stunning World Championship, and he was starting to produce that form again in Wigan as ‘Cool Hand’ whitewashed William Borland, averaging 111!

Jamie Hughes and Chris Dobey also posted one of their regular ton-plus averages in the last 72, while Glen Durrant was beaten 6-4 by a defiant Brian Woods and Mervyn King and Mark Webster once again suffered early losses. Hughes and Dobey were once again the only players to average over 100 in the final round, the Tipton man defeating Richard North for the second qualifier running, this time much more convincingly with a stunning average of 112.7.

Robert Thornton and Ryan Joyce once again came agonisingly close, while UK Open quarter-finalist Simon Stevenson was denied a place in Saarbrücken by Steve Lennon. James Wilson, Kirk Shepherd, Mickey Mansell, Wayne Jones and Nathan Aspinall and doubled their tally of Euro Tour qualifications in 2019, while James Richardson, John Henderson, Luke Humphries, Steve West and David Pallett all secured much-needed first appearances of their years on the European Tour. Ted Evetts and Ritchie Edhouse also hit their second nine-darters of the year in the final round of action for ET4 qualification, although the latter’s was in vain as he went down to Mansell.

Interestingly, all 18 UK Qualifiers for the German Darts Open, where Max Hopp is the defending champion, all Tour Card holders – stark contrast to the opening Euro Tour of the year in Leverkusen where 8 of the qualifiers aren’t on the full tour. Following the European Tour Card holder qualifiers, Robin Park Tennis Centre will be ready to go for Players Championship Seven and Eight at the weekend, which Michael van Gerwen has reportedly withdrawn from, meaning that we could see another new PDC winner in 2019 after a thrilling Friday afternoon of qualifying action.