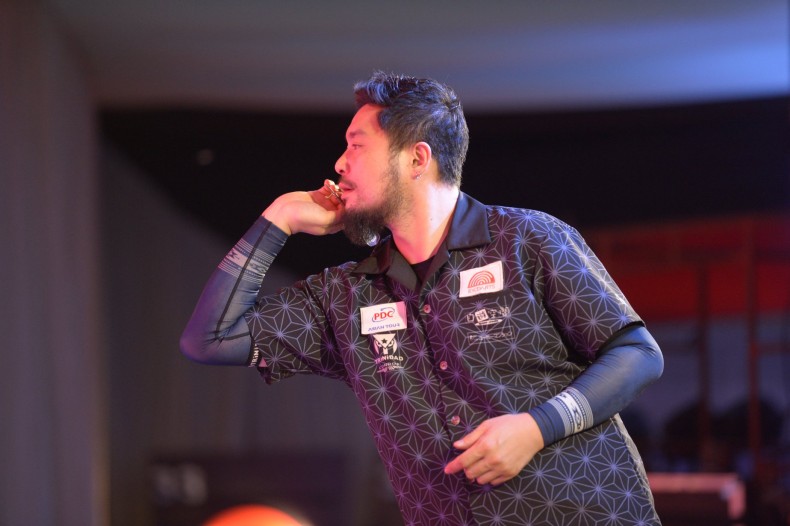 Seven players to look out for at the Japan National Championships

The very best Japan has to offer will travel to Osaka for the Japanese National Championships on Monday.

The biggest tournament in Japan acts as a qualifier for the PDC World Darts Championship at Alexandra Palace, while the youth tournament winner will book their place at the World Youth Championship in Wigan.

Japan’s elite will all be participating, including Seigo Asada who has already qualified for the World Championship, but will be vying to be titled the national champion.

We take a look at who you should be looking out for at the event.

Despite having already qualified for the World Darts Championship through the PDC Asian Tour Order of Merit, Japan’s number one Seigo Asada will be bidding to defend his Japanese National Championship crown, and do his good friend Yuki Yamada, who sits in fifth on the Order of Merit, a favour in doing so.

Asada was a threat at the World Championship in December, pushing James Wade the distance, and regardless of not producing his tantalising best on the PDC Asian Tour this year, he’ll be the front runner in his home town.

Ranked as the third best Japanese thrower on the 2019 PDC Asian Tour Order of Merit, Haruki Muramatsu is definitely one of the favourites going into Japan’s biggest event.

Four times has the 42-year-old qualified for the World Championship and he’ll be looking to make it five after winning his maiden Asian Tour title earlier this year.

He made the 9,600-mile trip from Japan to Barry, Wales for the event, and despite enduring a first round exit, he put his name and unique throwing ethic out there.

‘The Dancing Duck’ narrowly missed out on a World Championship debut two years ago, losing in the final to a certain Seigo Asada, and has reached a number of semi-finals on the PDC Asian Tour since its introduction.

He trousered 50,000¥ following his exploits at the Japan Open, reaching the semi-finals, and he’ll be pinning his hopes on going two better in Osaka.

He pinned a stunning 121 checkout against Gary Anderson at the 2015 Japan Darts Masters and he gathered thousands of views on social media after pinning a nine-darter on the soft-tip scene.

Yamada’s practice partner Seigo Asada recently proclaimed that his game has improved significantly due to the practice with his good friend. The Asian Tour Six finalist’s steel-tip game has come on leaps and bounds since the introduction of the PDC Asian Tour last January.

He’ll be hoping and praying that either himself or Asada win the Japanese National Championship after finishing fifth on the Order of Merit.

A former Japan National Championship winner and recent Japan Open champion is Katsuya Aiba. He’ll be intending to clinch the title for a second time after already securing his first major appearance later this year.

Aiba lifted the prestigious Japan Open to book his best at the World Masters in London.

The 50-year-old from Kanagawa hasn’t appeared on the PDC Asian Tour since its establishment, but is well in the frame for a spot at Alexandra Palace.

A champion of the world. A PDC Asian Tour quarter-finalist. A Dutch Open champion.

Mikuru Suzuki has been outstanding in the last year or so. Her Lakeside showing was second to none, defeating Lisa Ashton in the first round before going on to clinch the World Championship crown.

Suzuki fell short of a PDC World Championship debut after participating in the ladies’ qualifier last year, and will be focusing on making amends in Osaka.

Despite having recently turned 16 and being eligible for the PDC Asian Tour and PDC World Darts Championship, Sakuto Sueshige will not participate in the Japanese National Championships after opting to take part in the youth event – which acts as a qualifier for the World Youth Championships in Wigan.

Sueshige looks up to the likes of Seigo Asada and has a similar throwing action to his compatriot. After winning the Japan Youth Open just a matter of weeks ago, he’ll be the front runner going into the Japanese National Youth Championships.

Tokyo’s 16-year-old prodigy has aspirations of being a world champion one day and what better way to start than playing against the likes of the Ted Evetts, Martin Schindler and Bradley Brooks at the PDC World Youth Championship at the Robin Park Tennis Centre.

A job still needs to be done to get him to Wigan, but the ability is there for all to see.