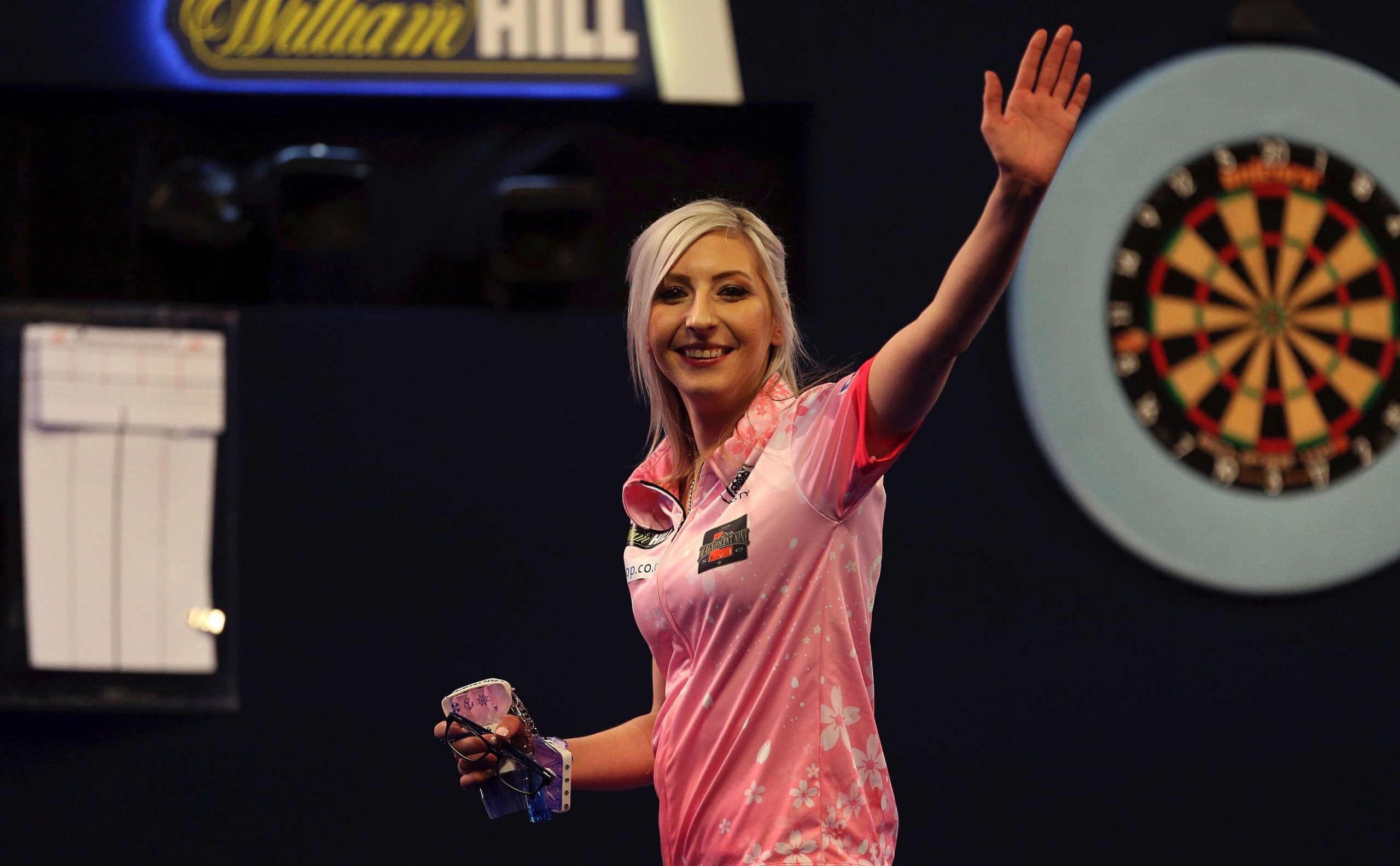 The England squad has been confirmed ahead of the upcoming British Internationals in April, with global sensation Fallon Sherrock being named amongst those involved.

The British Internationals consist of England’s men, women and youngsters facing both Scotland and Wales across a three-day period at Chapel St Leonards Resort on the Lincolnshire coast.

Sherrock, who famously made history at the William Hill World Darts Championship in becoming the first women to win at the tournament, has retained her place in the England squad amid opting to withdraw from the recent BDO World Championship.

The 25-year-old from Milton Keynes was victorious in both of her matches at last year’s tournament, beating Wales’ Ann Marie-Potts and Scotland’s Lorraine Hyde.

Sherrock lines up alongside the prodigiously-talented 16-year-old Beau Greaves, with the youngster receiving her first senior call-up.

Somerset’s Sue Gulliver, who represents Warwickshire at county level, receives an England recall after being left out of the squad for a significant amount of time.

The men’s squad sees Martin Adams lead the way as captain following Scott Mitchell’s decision to opt out of the British Internationals.

A well-documented nine-darter was pinned at the tournament by Paul Hogan three years ago, with ‘Crocadile Dundee’ retaining his place alongside Daniel Day, Kevin Dowling, Nigel Heydon and Paul Milford.

The reigning Welsh Classic champion Dave Parletti completes the men’s selections. The Londoner returns to the squad, having been surprisingly absent 12 months ago.

Parletti confirmed via social media that he is “unbelievably proud” to represent his country once again.

Elsewhere, Brad Phillips is the only reelection in the boy’s squad, with Tavis Dudeney, Nathan Potter and inevitably Luke Littler making their debuts.

Due to Greaves being selected for her senior debut, the partnership between herself and Bristol’s Shannon Reeves comes to an end.

Reeves, who represented England at the WDF World Cup in Romania last year, will form a girls pairing with debutant Holly Meadwell of Buckinghamshire.

The British Internationals will take place from April 3-5 at the Chapel St Leonards Resort in Lincolnshire.