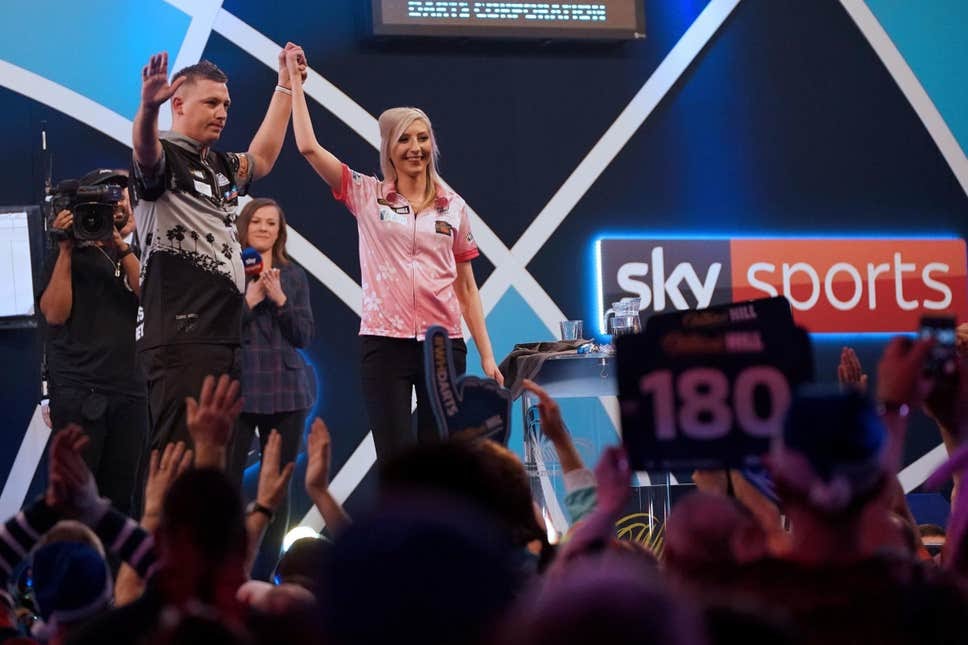 Sherrock has captured the hearts of not only the nation but the entire world in recent weeks, having defeated both Ted Evetts and Mensur Suljovic during a landmark occasion for herself and women’s darts as a whole.

Her exploits were scuppered on Friday afternoon as Chris Dobey rallied to an eventually emphatic victory over the former BDO World Championship finalist, after battling back from 1-0 and 2-1 behind in the affair.

Sherrock pinned blistering checkouts of 104, 124 and 142 during another finishing masterclass, though, Dobey’s scoring power was simply too much for her, with ‘Hollywood’ averaging over 101 and hitting 11 maximums.

“Chris played really well at the end and I couldn’t keep up with him,” said Sherrock. “I’ve loved every minute of this experience. The crowd were incredible again, I loved the way they were so supportive.

“I’ve never experienced anything like it before but hopefully I will in the future. I hope this journey can continue, I’m going to Q School in January where I hope to win a tour card and I’ve also got the World Series event in New York to look forward to in June.”

In becoming the first player through to the last eight, Aspinall pulled through a closely-contested encounter with the two-time champion of the world.

Mistakes proved costly for ‘The Flying Scotsman’ – who strayed into the double 15 whilst throwing at the double 10 in the second set, and it was Aspinall who prevailed, awaiting Adrian Lewis or Dimitri van den Bergh.

Gerwyn Price produced an unassailable in whitewashing John Henderson and reaching the last 16 of the World Championship for just the second time.

‘The Iceman’ survived a scare in his second round clash with William O’Connor, however, there were no frights involved this time around as he defeated the Scotsman in customary fashion.

Michael van Gerwen also booked his place in the quarter-finals as the defending champion whitewashed a below-par Stephen Bunting.

Similar to that of Price, the world number one threw an average of roughly 104 and seven maximums on his way to obliterating the former BDO world champion.

After losing the opening set and playing rather poorly, it was plain-sailing for the former World Championship finalist.