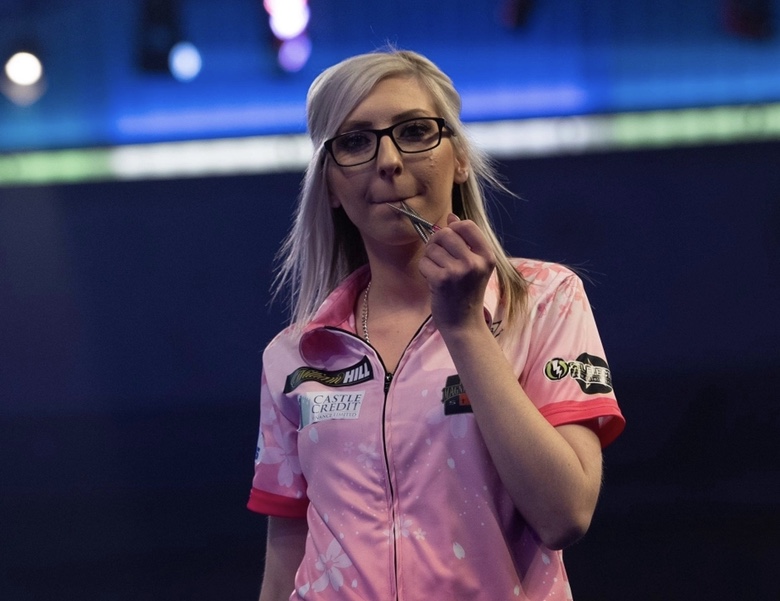 It was a drama-filled afternoon in South Yorkshire, with Ashton and veteran Deta Hedman securing spots at the World Darts Championship in December.

‘The Lancashire Rose’ commenced her campaign with comfortable victories over both Anca Zijlstra and Margaret Sutton, before averaging 85.7 in beating teenage sensation Beau Greaves 6-2.

Ashton was then forced to battle back from 3-0 behind to see off the impressive Vicky Pruim, reeling off four legs in succession and averaging 90 in a resurgent display.

A stunning 106 checkout then booked Ashton’s place in the final as she denied former Women’s World Championship finalist Corrine Hammond in a deciding leg thriller.

Ashton proceeded to come from 2-1 adrift in the final against Hedman, converting mesmerising checkouts of 102 and 136 to trouser her second £1,000 cheque.

Sherrock, who became the first female thrower to surpass the first round of the World Championship in December, dropped a mere six legs on her way to reigning supreme.

‘The Queen of the Palace’ received the heartbreaking news that she could no longer make her Alexandra Palace return halfway through the tournament, but that failed to stop her sealing the spoils.

She eased into the last eight, dropping just one leg in thrashing Claire Stamper, Robyn Byrne and Natalie Gilbert, before gaining revenge on 61-year-old Hedman in the quarter-finals.

Two-time event winner Ashton was subsequently handed a 5-1 thrashing in the last four by a rampant Sherrock – who averaged a respectable 86.6 and executed five of her nine attempts on the doubles.

Sherrock then pinned impressive checkouts of 85, 110 and 130 whilst emphatically overcoming Hammond in the final, and becoming the third winner of a Women’s Series crown.

The 26-year-old was denied a place in December’s World Championship due to Hedman having won more legs, with the pair tied on both earnings and matches won.

Hammond, meanwhile, clinched a top four finish by virtue of a superb run to the final, conceding a mere three legs en route and seeing off the likes of Lorraine Winstanley, Laura Turner and Sherrock’s twin sister Felicia Blay.